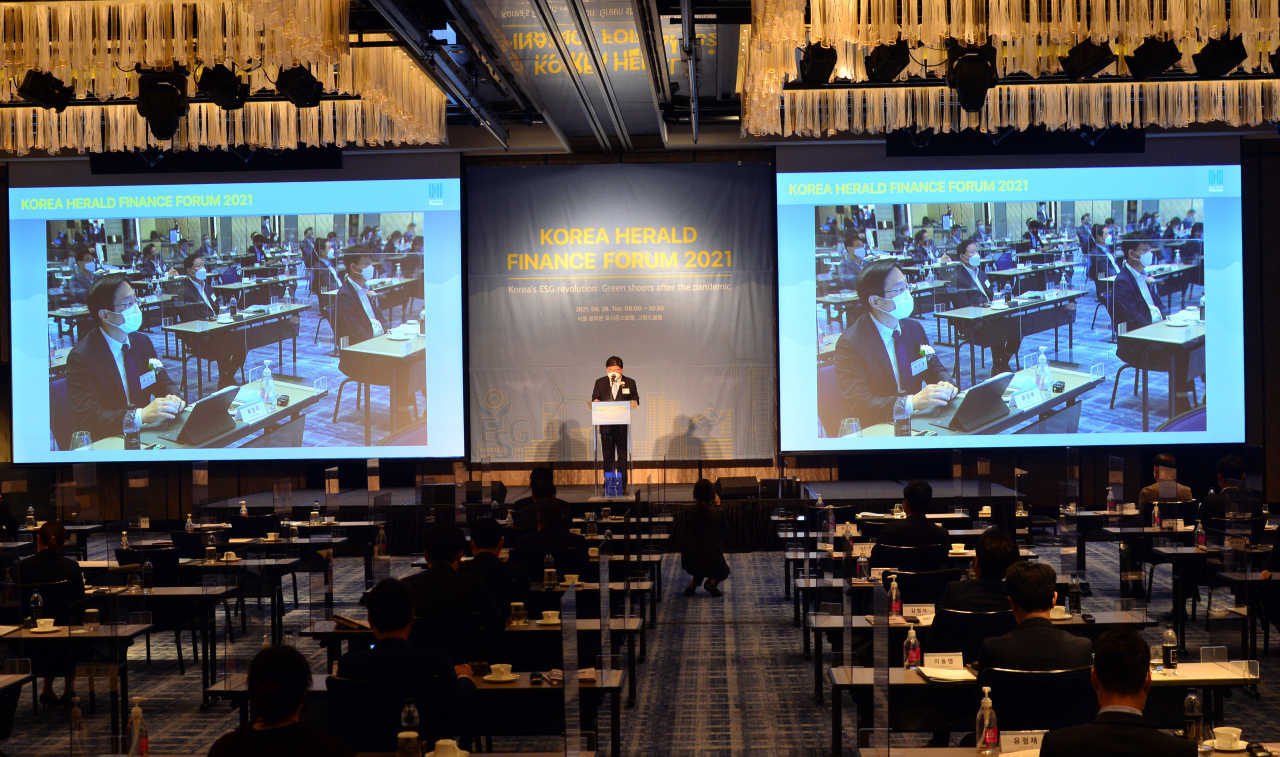 The Korea Herald CEO Choi Jin-young, in the forum’s opening speech, highlighted the importance of the finance sector in adopting a sustainable management in line with ESG values.

“Financial investments in sustainable businesses have grown to be a key pipeline of the global capital market,” Choi said.

“The local finance sector’s efforts to establish sustainable management, including vows to become coal-free and issuance of ESG-related bonds are contributing to the buildup of the ESG environment here. Finance holds the key to the establishment of ESG values,” he added.

Hong, who sent his congratulatory message via video, stressed both the private sector and the government’s role in building a cornerstone for Korea’s ESG environment.

“The COVID-19 pandemic has shed light on the so-called ‘gray rhino’ issues such as climate change, lack of a social safety net in the employment of the underprivileged -- that they are becoming obstacles that directly hinder economic growth,” Hong said.

“Since changes in the countries’ policies and the global financial market are creeping up on us as both a threat and a window of opportunity, the government has been taking preemptive and active measures by announcing ESG Infrastructure Development Strategy for a green and fair economy in August, following Korea’s New Deal 2.0 and the low-carbon strategies.”

Rep. Yoon of the main opposition People Power Party said that the ongoing pandemic has worked as a moment of awakening for both businesses and investors on the need for sustainability. At the moment, the ESG gap among the economies is not so wide, but Korea will need to bolster its cooperation and tread cautiously to not fall behind in the race.

Ambassador Smith offered sincere congratulations on the very real progress that Korea has made on ESG in the last 12 months. However, he urged decision-makers in Korea to further invest in ESG innovators, while aligning investment portfolios with the objectives of the Paris Agreement. 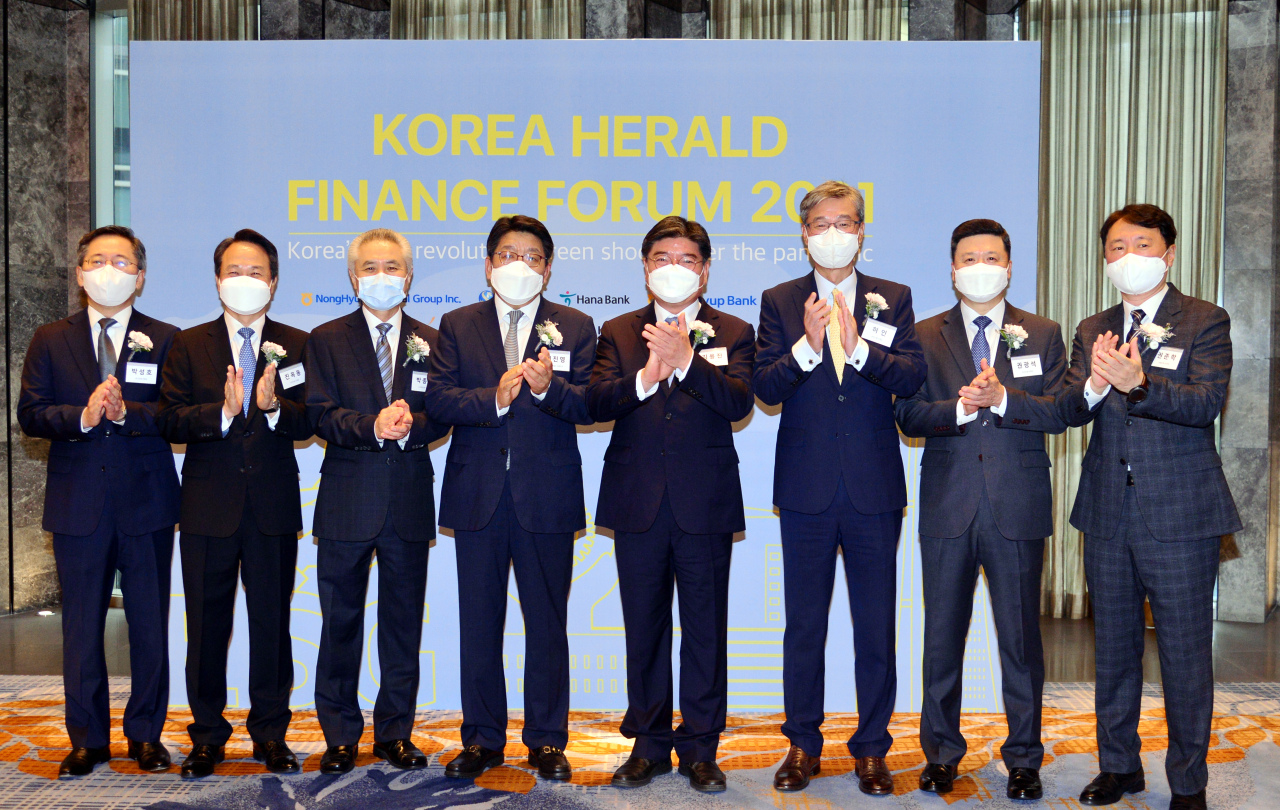 Aside from the speeches, the forum featured lectures from figures leading the digital innovation of a local banking powerhouse, an ESG advisory firm and Asian equities at a global asset manager.

Sunny Yi, chief digital officer of Shinhan Financial Group, shared his thoughts on insights on why digital transformations of businesses fail. Digitalization is one of two long-term goals for financial institutions here, alongside ESG. Yi emphasized that not only developers, but the organizations themselves must acquire digital literacy capabilities.

Ryu Young-jae, the founder and CEO of Sustinvest, a ESG advisory firm, explained the roles and agendas that financial institutions would have to adopt in the ESG era. For example, asset managers must actively showcase their stewardship code, be transparent on their involvement with clients and show they are making long-term efforts in contributing to ESG values.

Wrapping up the forum, David Smith, senior investment director of Asian Equities at abrdn, explained how to identify ESG risks and opportunities. He elaborated on how investment managers can identify ESG leaders, then go a step further by actively engaging with businesses to bring about needed changes.

The second finance forum hosted by The Korea Herald since the newspaper was established in 1953 saw the nation’s top policymakers, bankers and leading economists discuss how to adapt to the current climate of global finance, while avoiding the deceptive practice of green washing.