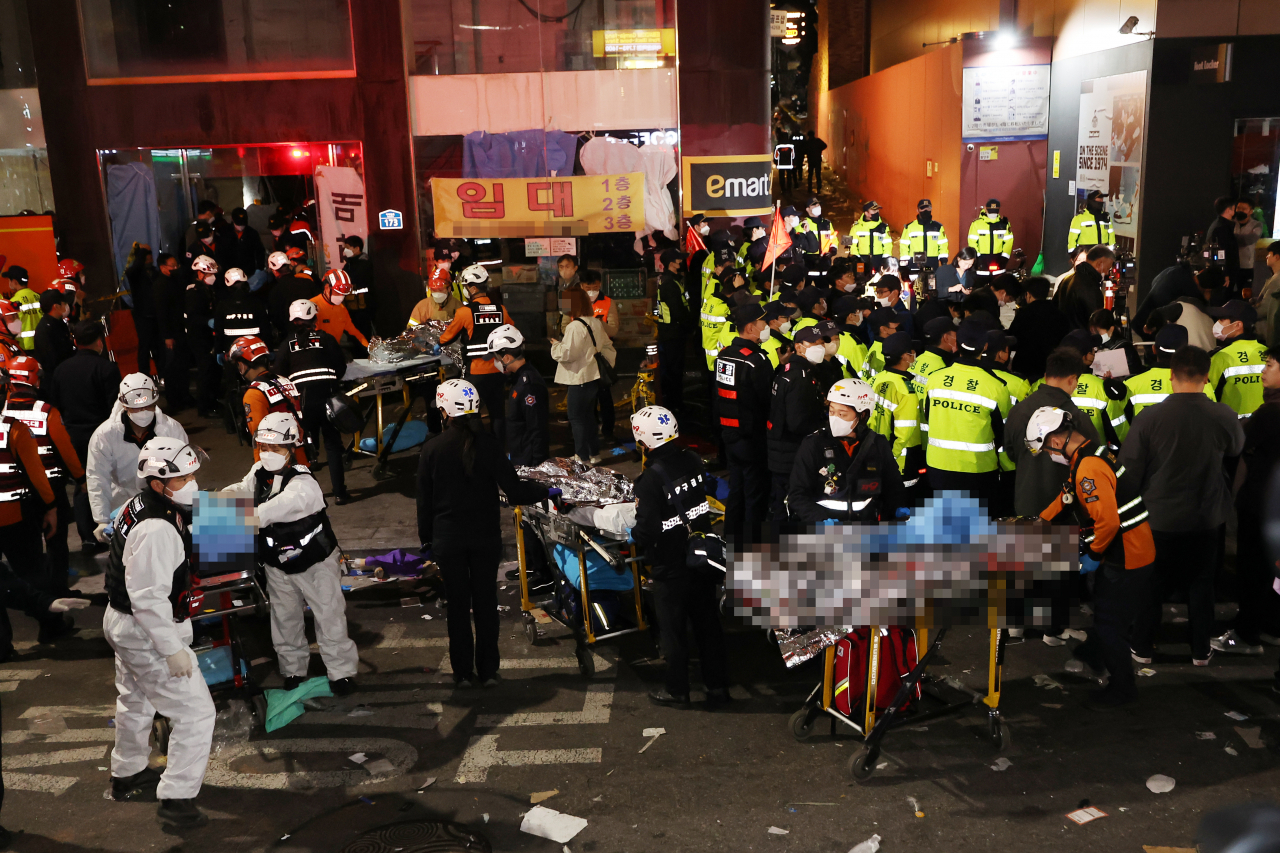 At least 153 people died and more than 103 were injured in a crowd crush in Itaewon, Yongsan-gu, central Seoul, according to fire authorities at 5 p.m. on Sunday. The fire department began to receive reports of patients having difficulty breathing at 10:22 p.m. on Saturday.

Of the people who died, more than 100 were transferred to the hospital. The remaining bodies were kept on site and later moved to a nearby multi-purpose indoor gymnasium. Identifying the deceased is expected to take some time, according to fire officials.

Most of the dead were in their 20s. Officials expect that the number of casualties will continue to rise throughout the day.

Officials confirmed that 20 foreigners were among the dead as of 5 p.m. on Sunday. Among the foreign nationals who died were people from Iran, Uzbekistan, China, Russia and Norway.

The death toll is currently made up of 97 women and 56 men. 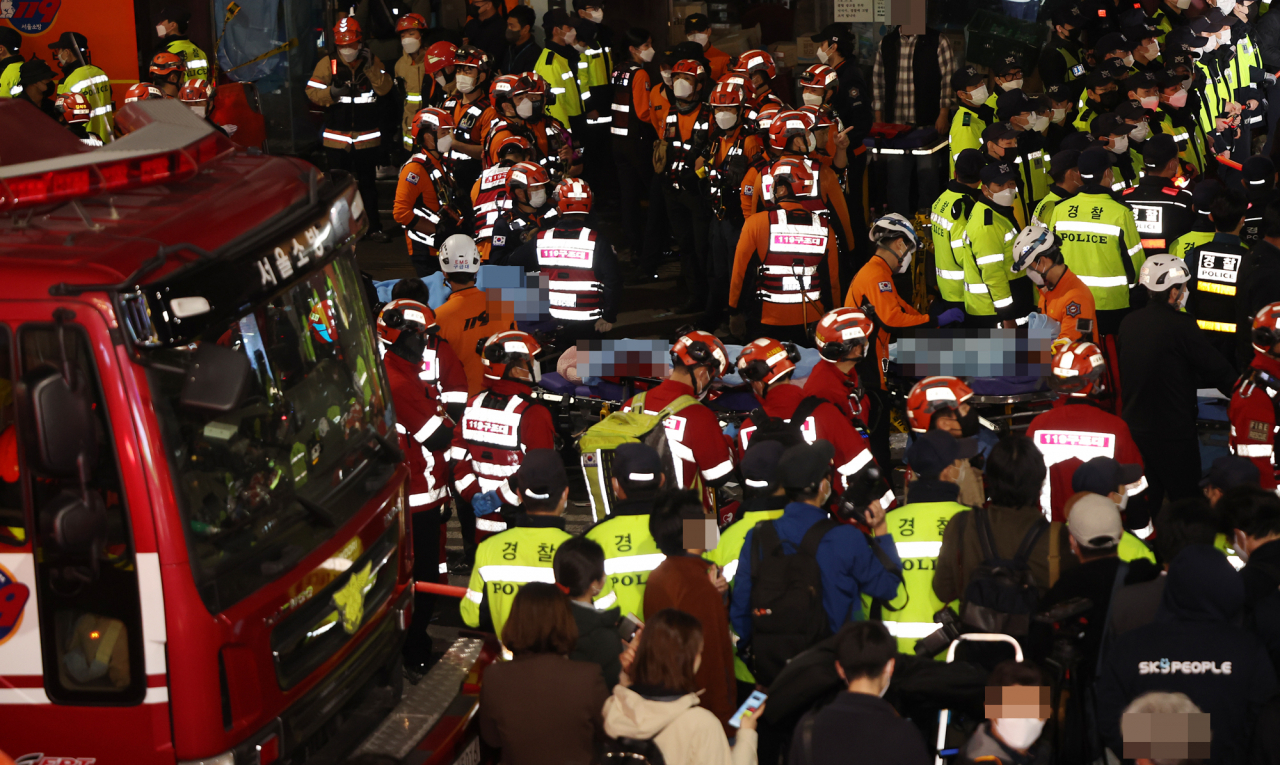 The fire department issued a first stage response at 10:38 p.m. on Saturday, and then upgraded it to stage three at 11:50 p.m. A total of 848 personnel, including 364 firefighters, were mobilized to deal with the accident and 142 ambulances were deployed.

At around 11:30 p.m., rescue workers were conducting CPR on dozens of people that went unconscious near the Hamilton Hotel in Itaewon, reports said. Initial reports said there were around 50 patients experiencing cardiac arrest at the scene.

Around 100,000 people were in the entertainment district throughout the day on Saturday to celebrate the first Halloween weekend without mask and social distancing measures since the onset of the COVID-19 pandemic.

Following reports of the incident, President Yoon Suk-yeol said, "All related ministries and agencies, led by the minister of public administration and security, should make every effort to promptly provide aid to the victims," according to Lee Jae-myung, a deputy presidential office spokesperson.

The president also called for safety measures to deal with emergencies that could be triggered at Halloween events taking place throughout the country. Seoul Mayor Oh Se-hoon has also decided to return immediately from his business trip in Europe, according to reports.