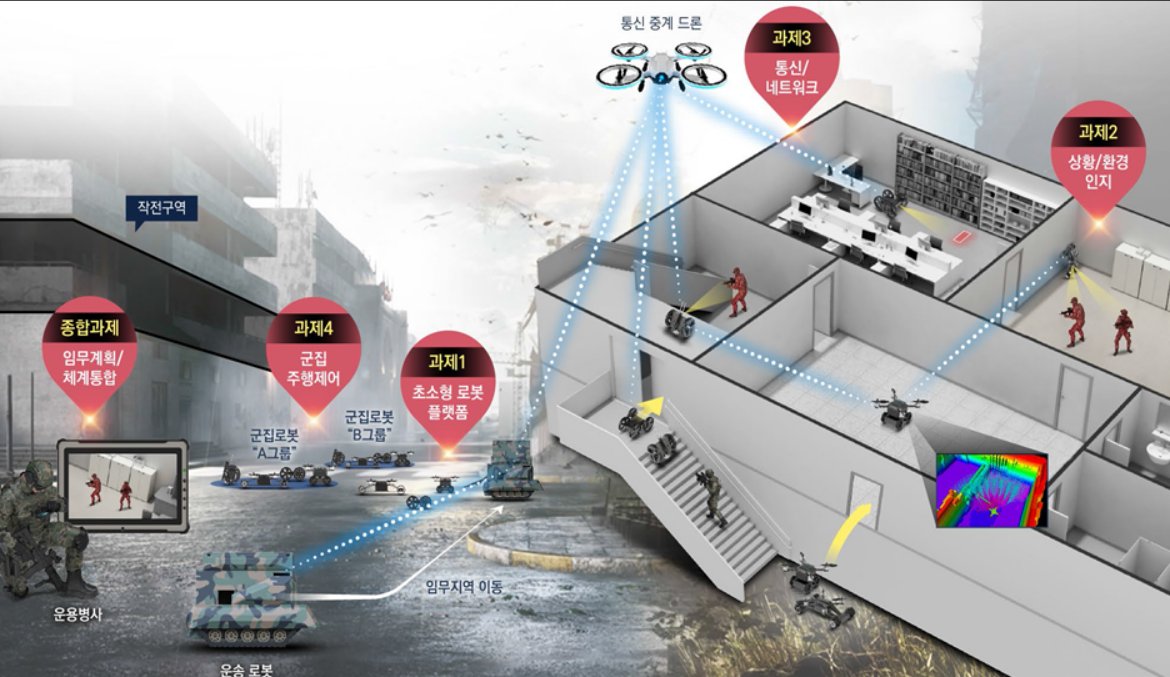 The state-led research project is the country’s first move to design and manufacture advanced, miniaturized military spy robots to prepare for future warfare with advanced technologies.

The goal of the project is to develop “microrobots that can perform surveillance and reconnaissance missions by secretly infiltrating an enemy camp,” Korea Research Institute for Defense Technology Planning and Advancement said in a statement. A kickoff meeting was held by the KRIT on Monday LIG Nex1’s R&D Pangyo Center in Seongnam, Gyeonggi Province.

To that end, Seoul plans to devise swarm robotics systems, which interconnect a large number of robots to make them work together in a group and collectively solve problems.

The project aims to “develop a technology that can operate and control robots in a cluster by applying a mechanism that emulates microorganisms such as ants and bees.”

The government plans to complete the six-year project worth approximately 28.8 billion won ($23.5 million) by 2027 in order to deploy the insect-inspired microrobots suitable for covert reconnaissance missions.

Under the project, South Korea has set five core tasks, which include developing mechanisms for robot operations, situation recognition systems optimized for swarm-capable robots, and technologies for stable and uninterrupted communication and networking.

The reconnaissance robots have been selected by the South Korean military for “core military capabilities in the future.”

South Korean major defense company LIG Nex1 will take the initiative in carrying out the project, with participation from Seoul National University, Korea Advanced Institute of Science and Technology and the state-run Electronics and Telecommunications Research Institute.

Through the private-public partnership, the government seeks to “maximize the military utility” of microspying robots, according to KRIT.

The South Korean Army and government agencies including KRIT and the Defense Acquisition Program Administration will also establish a consultative body to deploy the insect-inspired reconnaissance robot “at the right time.”

The constitutive body will continue to discuss robot operations concepts and plans for technological development to that end.

“But our goal is to perfect the technology to enable the military to utilize it for advanced military capabilities and to become a leading country in the field of micro insectlike robots through implementing this project.”

The project is part of the KRIT-led grand plan to push forward 34 tasks to develop core technologies of advanced weapons systems in preparation for the future battlefield that has been transformed by the Fourth Industrial Revolution.