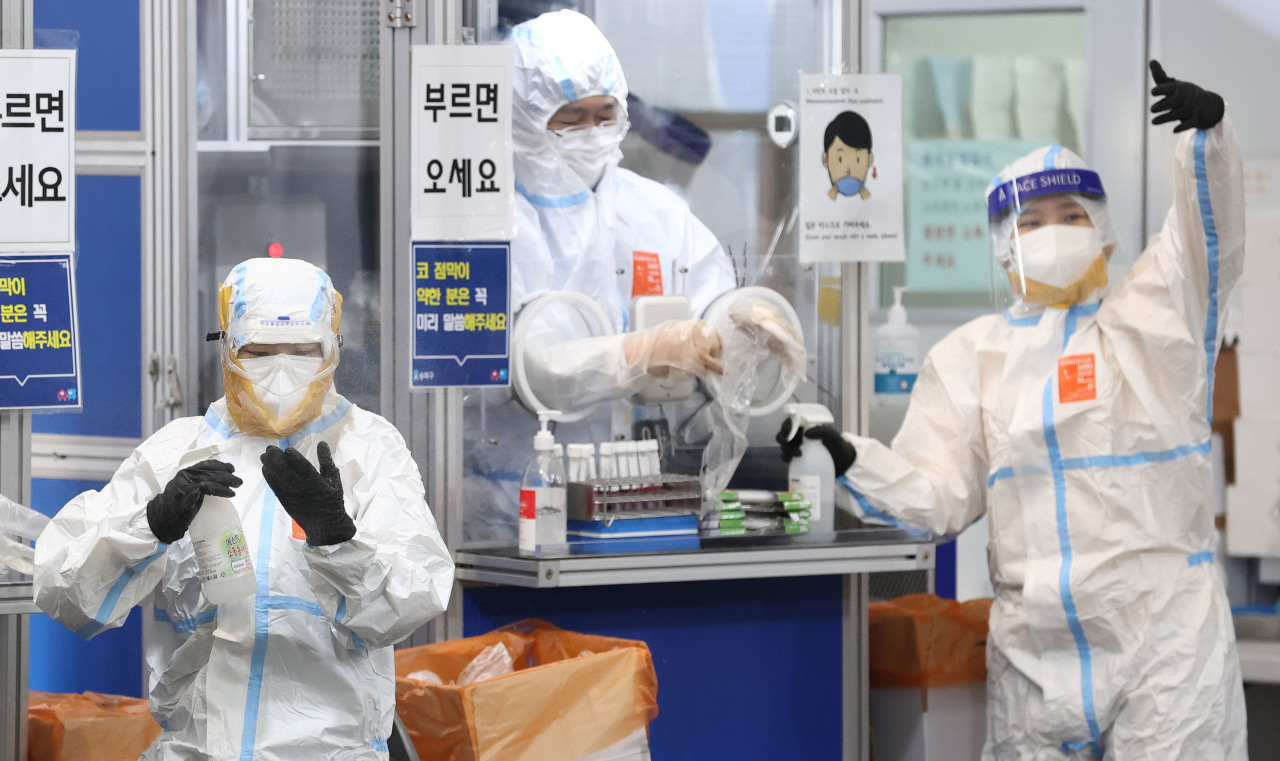 Medical workers carry out their job at a COVID-19 testing booth at a public health center in Seoul's southeastern district of Songpa on Sunday. (Yonhap)
South Korea's new coronavirus cases stayed below 4,000 for the third straight day Tuesday, but the number of critically ill patients hit a fresh high amid concerns over the global spread of the new virus variant.

The country reported 3,032 new COVID-19 cases, including 3,003 local infections, raising the total caseload to 447,230, according to the Korea Disease Control and Prevention Agency (KDCA). The country reported the highest daily cases of 4,115 to date on Nov. 24.

South Korea added 44 more deaths from COVID-19 on Tuesday, raising the death toll to 3,624. The fatality rate stood at 0.81 percent.

On Monday, the government decided to halt the further easing of social distancing rules as health authorities continue to grapple with a rise in daily cases.

It also decided to speed up the administration of booster shots and secure more hospital beds over the next four weeks.

The KDCA said the pandemic risk level, a new five-tier assessment system introduced last week to evaluate the degree of COVID-19 risk, has reached the highest level in the country's capital area.

Health officials said it has become impossible to move on to the second phase of the country's ambitious scheme to gradually return to normal life.

South Korea had originally planned to further relax the virus curbs in mid-December after four weeks of the first-phase easing of distancing rules.

The emerging omicron variant across the globe has put South Korea on high alert, prompting the authorities to put a ban on foreign arrivals from eight African countries to block the inflow of the potentially more contagious variant.

As of Tuesday, about 3.03 million people had received a booster shot, according to KDCA data.