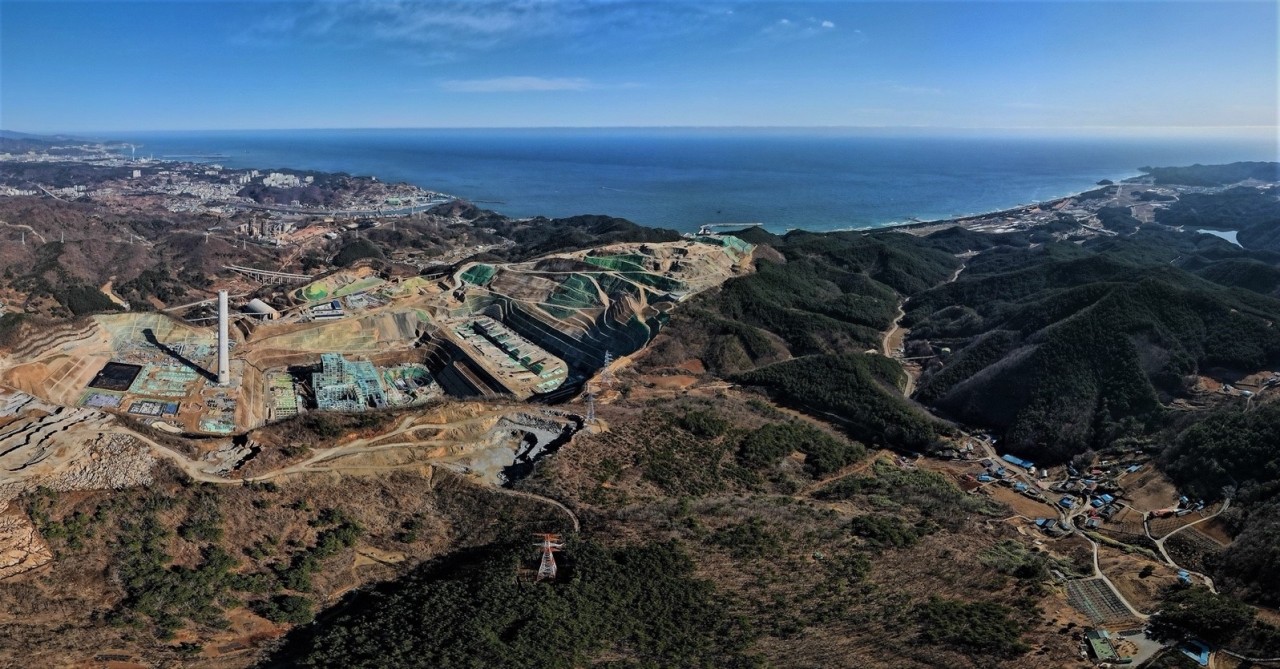 The targets are seven financial companies, including the Korea Development Bank, the Industrial Bank of Korea and the National Agricultural Cooperative Federation, according to Korea’s civic group Solutions for Our Climate on Tuesday.

They have committed to a combined 1.2 trillion won ($1 billion) financing for the 4.9 trillion-won project to build a 2.1-gigawatt coal-fired plant in the coastal town of Samcheok by April 2024.

A coalition of Korean activist groups has called on the state-run Board of Audit and Inspection to look into the financial institutions’ purported “remedy of financial negligence.”

According to the civic group, the institutions’ project financing for the Samcheok construction site hinged on strategic partners’ credit rating. But Doosan Heavy Industries & Construction, one of the strategic investors, saw its credit ratings from two ratings agencies fall in June to BBB-, below investment-grade, due to the conglomerate’s overall indebtedness.

This forced the company to present a separate document by Aug. 23 aimed at guaranteeing its fundraising ability to institutions dedicated to project financing. Doosan Heavy could not meet the deadline for the document.

But the seven institutions lending to the Samcheok project hung on to the investment scheme without coming up with proper measures to mitigate the increased risk, the civic group said.

Such negligence by lenders, some of which are state-run, translates into a breach of fiduciary duties for taxpayers, it added.

“There is no pretext for the coal power project to continue, either financial or environmental-wise,” said Park Jee-hye, director of Solutions for Our Climate.

The civic action comes in line with the request for state inspection on the process of granting permission to the coal power project in August 2020, with BAI’s inspection still underway.

Samcheok Blue Power’s construction is now less than half-complete, and has been suspended due to coastal erosion since October. Some 3 trillion won had already been financed to the now-stalled project. Currently, four coal power projects are under construction with two set to start operation within this year and one in 2023.

The Samcheok project, the last of the four and widely believed to be the last coal power construction in Korea, was set to start its operation in 2024.

Doosan Heavy is one of the strategic investors to the Samcheok Blue Power, along with Posco Energy and Posco Engineering & Construction.

The net-zero pledge of the Moon Jae-in administration in October, as well as financial investors’ cold shoulder against the coal-related businesses, are clouding the prospect of the Samcheok project. Moreover, Rep. Yang Yi Won-young of the ruling Democratic Party has proposed a new bill that grants the government the authority to scrap a power plant project.

Korea produced 28.1 percent of its electricity using coal in 2020, according to data by the Energy Ministry.