[ The Korea Herald – Send E-mail ]
[Breaking] Seoul dismisses possible reduction of US troops in S. Korea
By Yonhap
Published : May 4, 2018 - 11:22
Updated : May 4, 2018 - 11:26
The United States is not considering a reduction in the number of its troops stationed in South Korea, an official from Seoul's presidential office Cheong Wa Dae said Friday, quoting an official from the White House National Security Council.

The New York Times earlier reported that US President Donald Trump has instructed the Department of Defense to review a possible reduction of US Forces Korea.

"A key official from the White House NSC has said the report is not true at all," Yoon Young-chan, chief press secretary to South Korean President Moon Jae-in, said in a released statement. 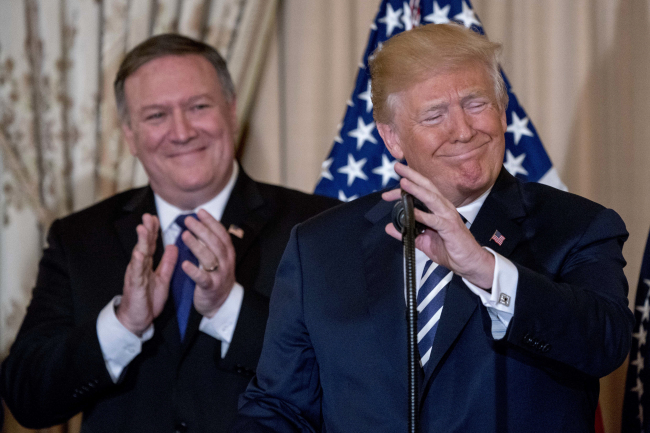 (Yonhap)
The US official dismissed the report in a meeting with Moon's top security adviser Chung Eui-yong, who is currently in Washington for talks on Trump's upcoming summit with North Korean leader Kim Jong-un.

Cheong Wa Dae earlier said Chung left for Washington on Thursday at the invitation of the US NSC.

The Trump-Kim meeting is expected to be held late May or early June, following the historic summit between the leaders of the two Koreas held last week.

The US currently maintains 28,000 troops in South Korea, a legacy of the 1950-53 Korean War, which ended with an armistice, leaving the two Koreas technically at war.(Yonhap)