Data by the Financial Supervisory Service and the tech giant showed that shares held by chairman Lee Kun-hee, his heir apparent Lee Jae-yong and "specially related people" accounted for 20 percent of all ordinary shares issued by the world's leading smartphone and computer chip producer.

The chairman, who remains bedridden after a 2014 heart attack, holds over 4.98 million shares, or 3.84 percent of the total, with his wife, Hong Ra-hee, possessing another 1.08 million shares. Their only son Jae-yong and vice chairman controls a further 840,403 shares in the tech giant. 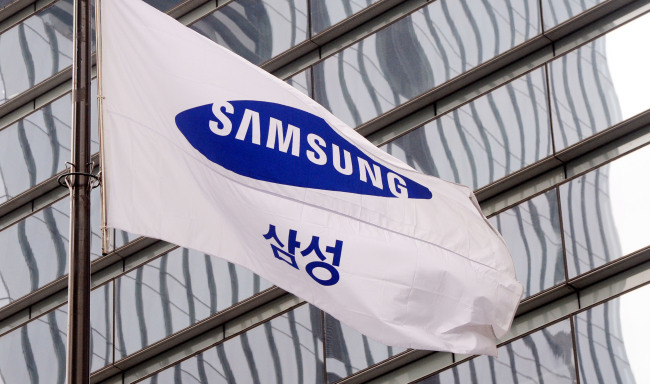 The latest tally marks a gain from the 18.45 percent held by the Lee family and companies under its influence in January.

The increase is attributed to the cancellation of existing treasury shares earlier this year. At the time, Samsung said the write-down was aimed at enhancing long-term value for shareholders.

"The move did raise the control of the chairman's family but also did so for all other shareholders," a corporate insider said.

Reflecting this, foreign investors, such as those belonging to private equity funds, control 52-53 percent of all Samsung shares.

Related to the latest developments, market watchers said with Samsung expected to carry out further shares cancellation and treasury buyback programs in the 2018-2020 period, the percentage of shares controlled by the chairman's family is likely to increase down the road. (Yonhap)