The boon is expected to continue in the fourth quarter with the revenue forecast to nearly reach 70 trillion won ($62 billion) for the first time.

Samsung Electronics said Friday it was expecting operating profits of 14.5 trillion won between July and September, a 179 percent jump from a year earlier. The firm also expected consolidated sales of 62 trillion won, a 30 percent rise year-over-year. 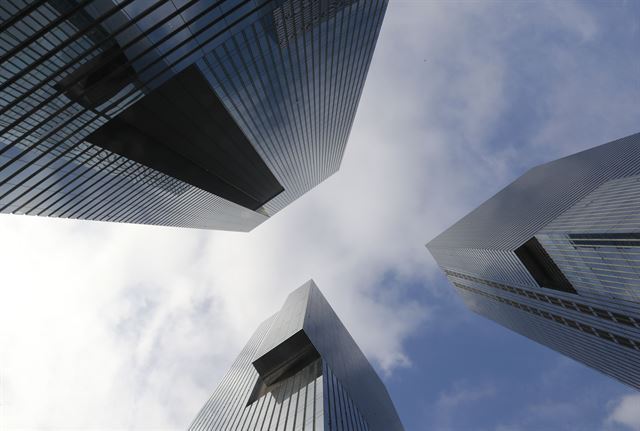 The tech firm’s record earnings are mainly driven by booming demand for memory chips, according to market analysts. Its chip business is estimated to have pulled in around 10 trillion won in operating profits, accounting for more than two-thirds of the firm’s total operating profits. The chip unit’s operating profit rate is also expected to hover around 50 percent.

Samsung’s DRAM and NAND flash memory shipments are estimated to rise 13 percent and 21 percent respectively for the September quarter compared to the previous quarter.

The supply shortage of DRAM will continue into next year on rising demand for high-end devices, according to market research firm DRAMeXchange.

The soaring prices of the memory chips and rising demand for organic light-emitting diode panels from global smartphone makers will lead Samsung to post record profits again in the fourth quarter.

“The earnings will improve across the firm’s businesses except for its smartphone business. The launch of Apple’s iPhone X will affect Samsung’s smartphone unit but, paradoxically, its other units (display and chips) will benefit from the (iPhone X) launch,” said Do Hyun-woo, an analyst at MiraeAsset Daewoo Securities.

Despite the continued record earnings, Samsung is in no position to celebrate, as the firm is now facing an unprecedented leadership vacuum.

On the same day of revealing its estimate, Samsung Electronics also announced the resignation of Chief Executive Kwon Oh-hyun of its hugely successful chip business. Kwon will step down from the CEO role, as well as his positions on the board and as CEO of Samsung Display, in March.

The tech giant’s ailing chairman Lee Kun-hee has been hospitalized for three years while his son and Vice Chairman Lee Jae-yong has been in jail for eight months on corruption charges. He was sentenced to a five years in prison, but is appealing the decision.