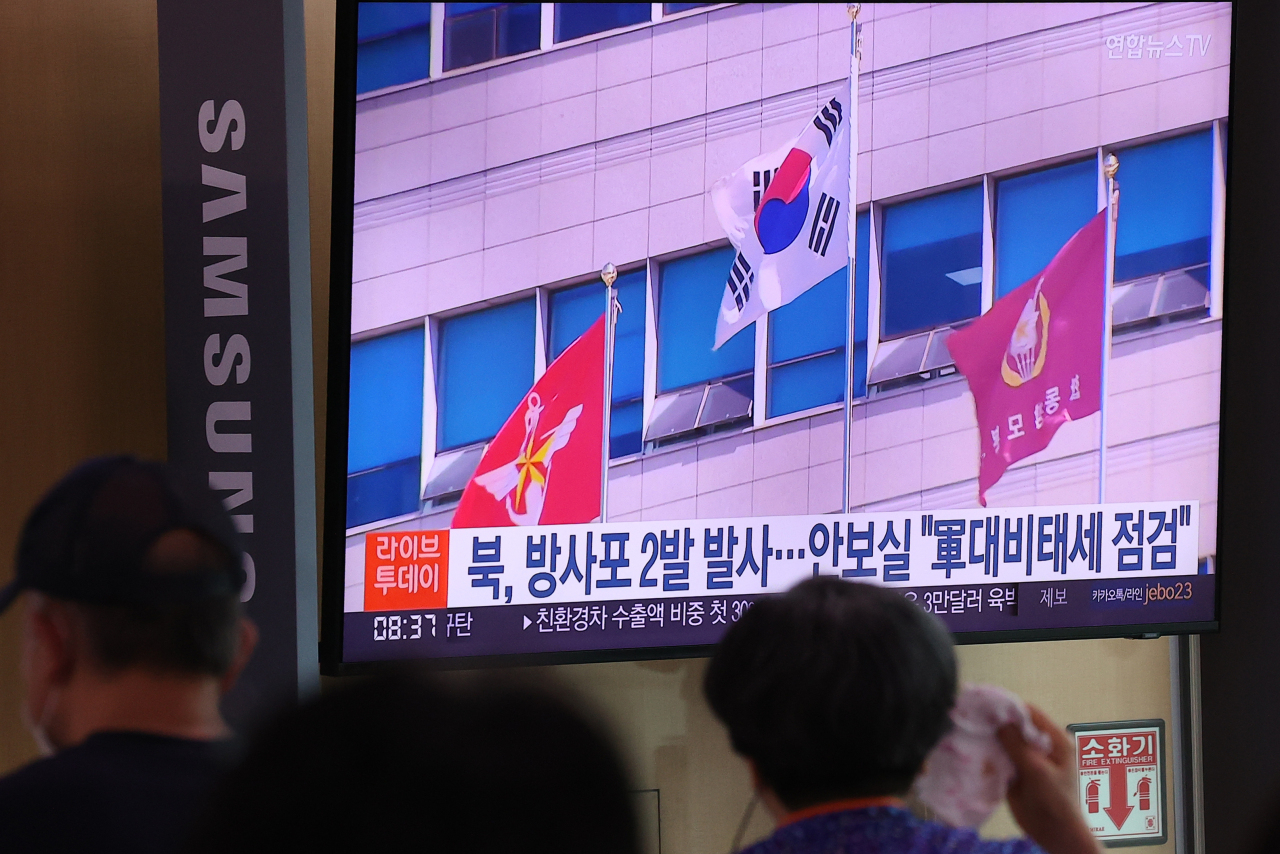 The Joint Chiefs of Staff (JCS) said it detected the launch from an area in or around Taechon, North Pyongan Province, at 6:53 a.m., and that it flew some 600 kilometers at an apogee of around 60 km at a top speed of Mach 5.

The intelligence authorities of the South and the United States are conducting a detailed analysis for other details, the JCS said.

"They reaffirmed that through the planned South Korea-US maritime exercise and other efforts, they would further solidify a combined defense posture against any North Korean threats and provocations," the JCS said in a text message sent to reporters.

It strongly urged the North to immediately stop all ballistic missile tests, saying such a launch is an act of "significant provocation that undermines peace and stability on the Korean Peninsula as well as in the international community," and a "clear" breach of UN Security Council resolutions.

"While monitoring and tracking North Korean movements to prepare against any additional provocation in close cooperation with the US, our military will maintain a firm readiness posture based on the capability to respond overwhelmingly to any North Korean provocation," the JCS said.

The launch followed reports that Pyongyang seems to be preparing to fire a submarine launched ballistic missile (SLBM).

It marked the North's fifth missile launch since the Yoon Suk-yeol administration took office in May.

The USS Ronald Reagan carrier strike group arrived in the southeastern port city of Busan on Friday to stage its first combined drills with the South Korean Navy in five years. The joint drills are set to take place in the East Sea later this month. (Yonhap)