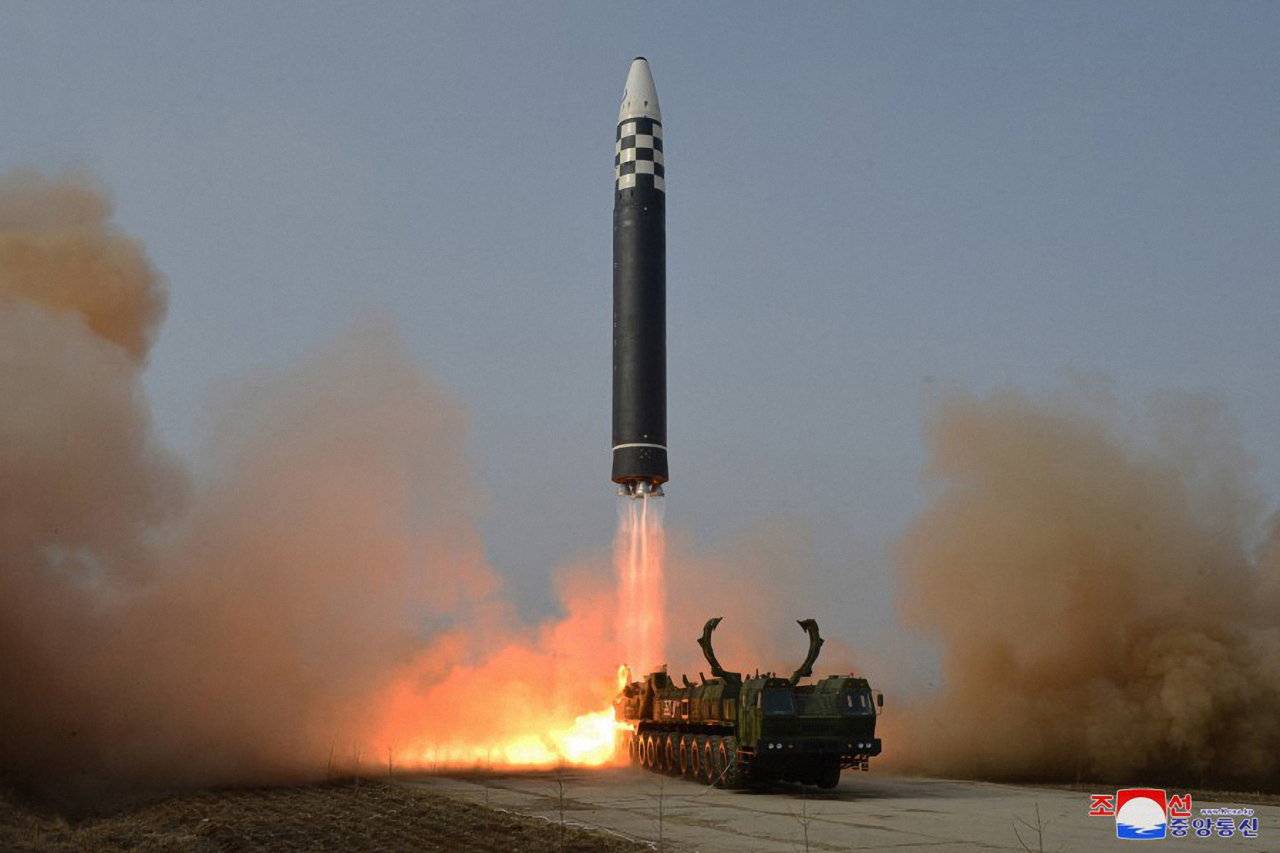 An intercontinental ballistic missile (ICBM) is launched from Pyongyang International Airport on March 24, in this photo released by North Korea's official Korean Central News Agency. North Korean leader Kim Jong-un approved the launch, and the missile traveled up to a maximum altitude of 6,248.5 kilometers and flew a distance of 1,090 km before falling into the East Sea, the KCNA said. (KCNA)

The satellite imagery, taken Sunday, showed six barges and other vessels gathered around the submarine launch quay at Sinpo South Shipyard, according to 38 North.

"While barges and a dry dock have been occasionally observed around the submarine launch quay at the main construction hall, the presence of six vessels and barges in this area has not been observed before," it said.

"There is also an apparent tow fixture on the launch quay rollout rails that could be used to ensure the barges tow the submarine out along the rails," it added, also noting the barges were not observed in an earlier imagery taken on September 12.

The report follows a series of missile provocations by North Korea that included the suspected launch of a submarine-launched ballistic missile in May.

The US monitor said the latest satellite imagery of Sinpo also provided a clear view of the missile launch hatch of a SINPO-Class experimental ballistic missile submarine there.

"The hatch, located in the sail of the submarine, is estimated to be 1.8 meters in diameter, which can readily accommodate at least a Pukguksong-1 or Pukguksong-3 submarine-launched ballistic missile launch canister," it said. (Yonhap)