Other flaws have been also revealed from the ministry’s investigation into KT’s nationwide internet disruption -- the maintenance work on router equipment was conducted during the day although it was originally approved by officials to be done from 1 to 6 a.m. The maintenance workers, who belong to a company subcontracted by KT, were working without management-level officials. They were also changing the router equipment without disconnecting the network prior to their work.

According to the ministry, Monday’s disruption chaos lasted for 89 minutes beginning at 11:16 a.m on Monday.

KT initially announced on Monday that the network outage was caused by a cyberattack. Two hours later, KT restated it appeared to have been caused by routing errors, not by large-scale DDos attacks. A routing error can cause connectivity problems in the process of transmitting and routing IP packets for the internet. 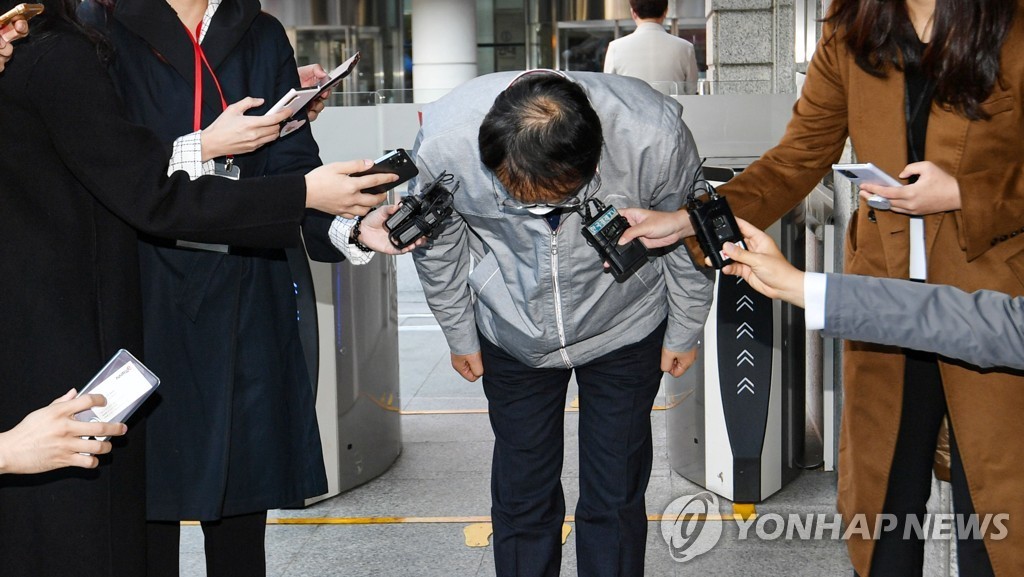 The ministry said Friday they looked into the KT’s log records and found that an incorrect command was put into the router equipment from KT’s Busan branch. A router is a device that sets the network path.

An incorrect command input -- in fact, forgetting to type ‘exit’ at the end of the routing setting command to the router device -- became a nationwide network outage in less than a minute.

Authorities found that the network path information, which was intended to be sent to border gateway protocol (BGP), was sent to IS-IS protocol instead, which is used for internal path setting at KT.

The ministry’s investigation team also found that KT did not have any safety features in place to prevent the spread of wrong data on its protocol.

Specifically, the ministry will set rules to restrict the number of router paths that can be updated at once during routing maintenance work.

It will also adopt a simulation system so telecom companies can check in advance on possible errors in their network maintenance work.

They will also form a taskforce comprised of industry experts and ministry officials to review the current telecommunication system structure, strengthening the operator’s error monitoring system and network restoration technology.

Meanwhile, KT’s chief said Friday that his company would actively seek compensation measures for the losses caused by the network outage, regardless of the terms of contract.

Earlier in the day, KT CEO Ku Hyeon-mo met with the ruling party lawmakers who work at the Parliament’s Science, ICT, Broadcasting and Communications Committee to discuss follow up measures on the network outage that caused widespread disruptions to daily tasks requiring connectivity.

Ku told reporters, however, that his idea of offering compensation without any conditions needs an approval from the board of directors.

According to the KT’s terms of contract, the company should compensate users when they have not been able to use the service for more than three consecutive hours.