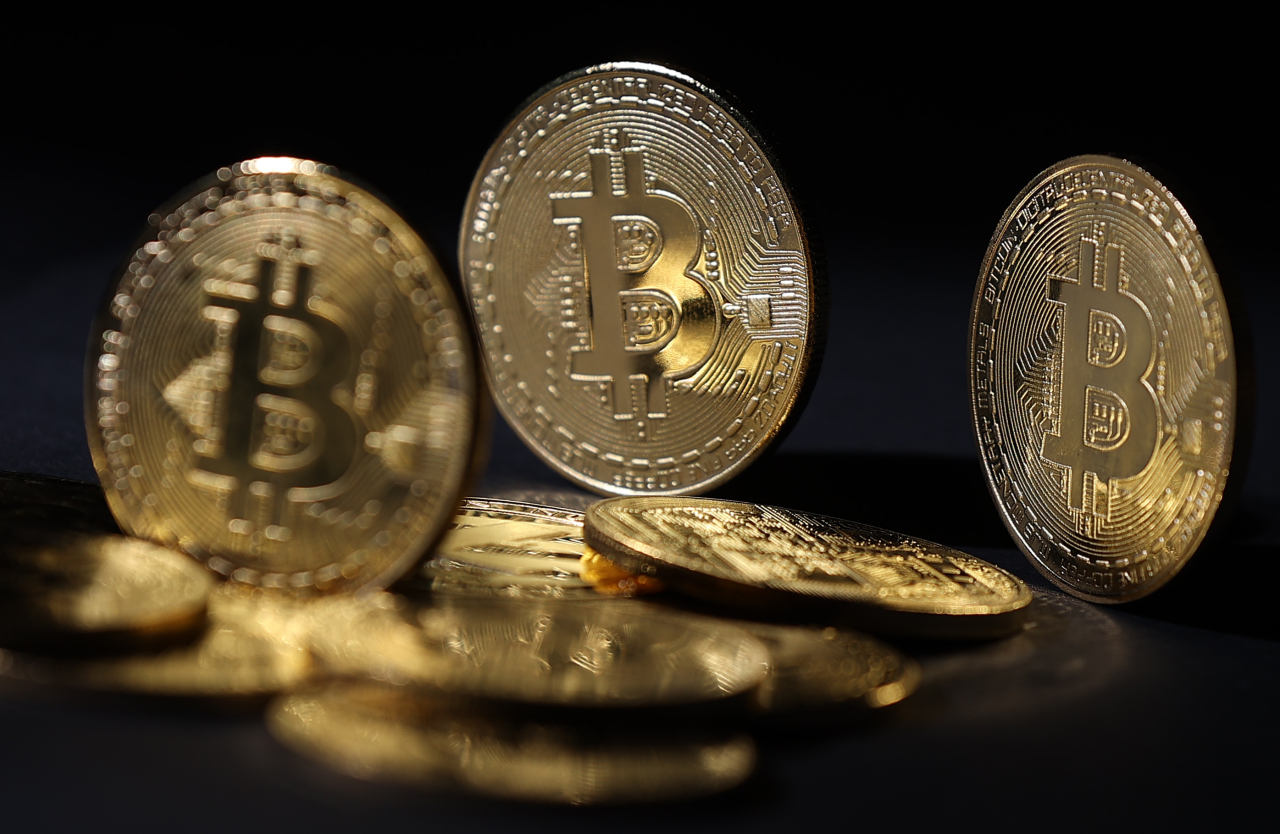 Cryptocurrency image (Yonhap)
Amid controversial regulatory efforts being made to keep cryptocurrency trading in order, Upbit appears to have solidified its leadership in the market.

Upbit retained its title as South Korea’s largest cryptocurrency exchange in terms of cash parked, and the number of subscribers and transactions, data showed Sunday.

According to the data from Rep. Yoon Do-hyun of the People Power Party, a member of National Policy Committee, Upbit had 5.3 trillion won ($4.5 million) deposited its accounts, four times larger than three local rivals -- Bithumb, Coinone and Korbit -- combined.

The list showed Bithumb was second-largest, with over 1.3 trillion won in deposits. Total deposits made to Coinone and Korbit marked 248 billion won and 69 billion won, respectively.

While confirming its top position, Upbit said it would go its own way in complying with the “travel rule” as well.

Upbit originally planned to launch a joint venture to co-develop solutions for the travel rule with Bithumb, Coinone and Korbit. But the company left the venture on Aug. 18, saying it would create its own travel rule solution through in-house blockchain technology research arm Lambda256.

The data also showed that a growing number of Korean teenagers are jumping into virtual coin investment. As of July, a combined 4 billion won was deposited to the top four crypto exchanges under teen investors’ names. If adding the value of coins bought by them, the size of teen investments may go beyond the 4 billion won-mark, market insiders said, without suggesting an estimated figure.

Teens sold and bought coins around 1.9 million times between April and July. They made transactions 17.2 times per month on average.