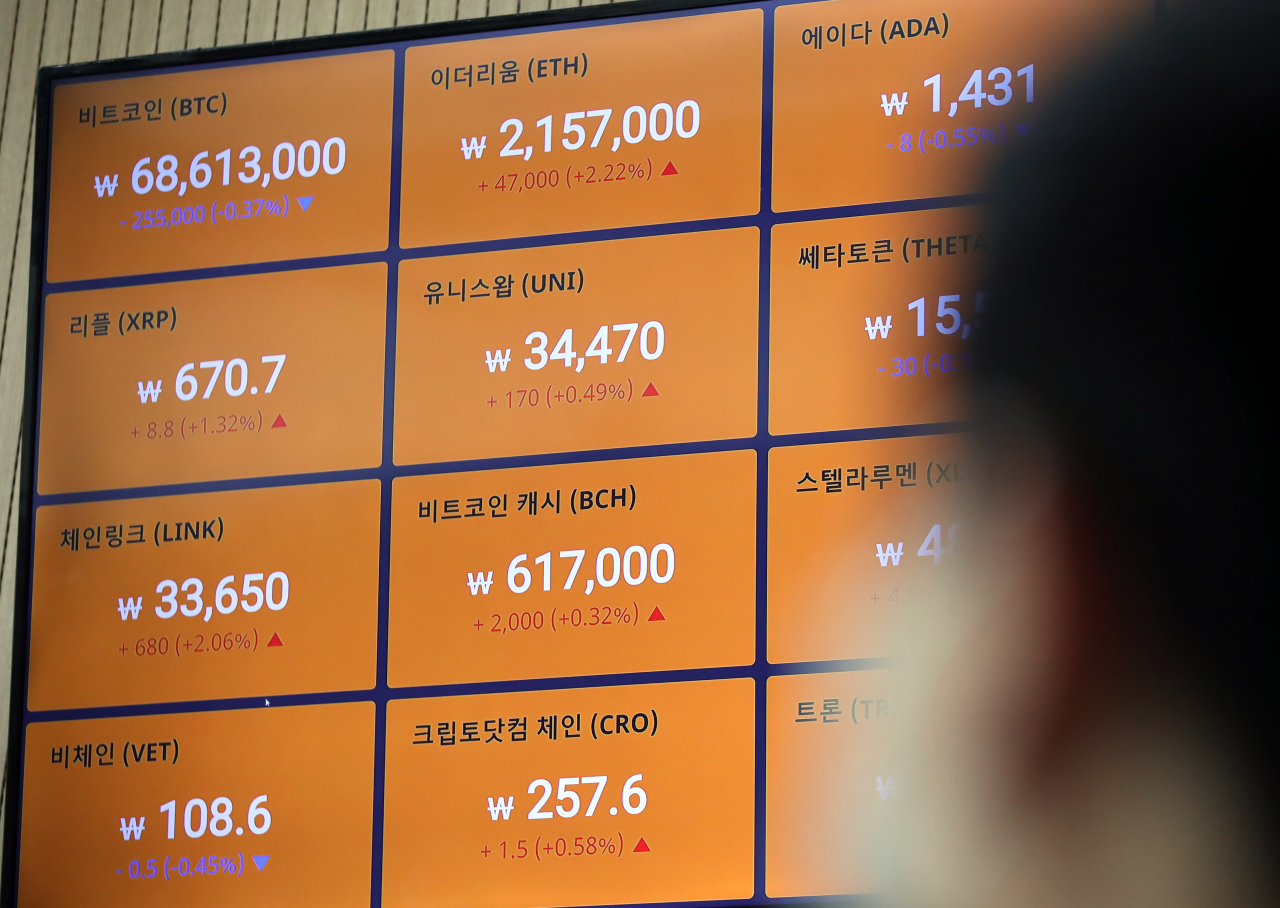 A digital board at Bithumb shows prices of cryptocurrencies on March 30. (Yonhap)

An ample amount of investors appears to be shifting toward other minor coins, market watchers here said on Tuesday, citing a sudden decline of trading volume of Bitcoin, the largest cryptocurrency.

According to Upbit and Bithumb, South Korea’s two leading crypto exchanges, trading volume of Bitcoins fell 40 percent last month from January apparently due to an abrupt surge in the virtual coin.

During the same period, altcoins showed an increase in transactions and market volatility. For instance, Upbit data showed that the highest price hike was recorded by altcoins such as Mediblock and Chilliz, which skyrocketed more than 3,000 percent during the last three months.

“The transaction volume of altcoins went up as bitcoin prices showed less fluctuations. Investors are seeking other opportunities in coins other than Bitcoin, whose price might have become too expensive to buy,” an industry expert said. “Interests in altcoins show the crypto market is still in a bullish atmosphere.”

Other exchanges are turning in similarly outstanding results.

Dunamu, the operator of the country’s largest exchange Upbit, is expected to land 460 billion won in revenue in the first quarter of this year alone, according to analysts’ estimate based on the company’s transaction volume.

If the estimate turns out to be right, the first-quarter figure would far exceed last year’s revenue of 176.7 billion won, as well as last year’s operating profit of 160 billion won.

Coinone, one of the four largest crypto exchanges, also saw a jump in revenue and operating profits. The company’s revenue surged threefold on-year to 33.1 billion won in 2020.

The revenue growth by these exchanges was boosted by transaction fees. For Bithumb, the transaction fees rose 50 percent from 2019 to 214.1 billion won in 2020 while that of Coinone accounted for 97 percent of its total revenue.

When compared with 597 Kospi-listed companies that reported their 2020 results, these numbers are even more reflective of the bull market benefits gained by local exchanges. The average operating profit ratio and net profit margin of those Kospi-listed companies were 5.48 percent and 3.24 percent, respectively.