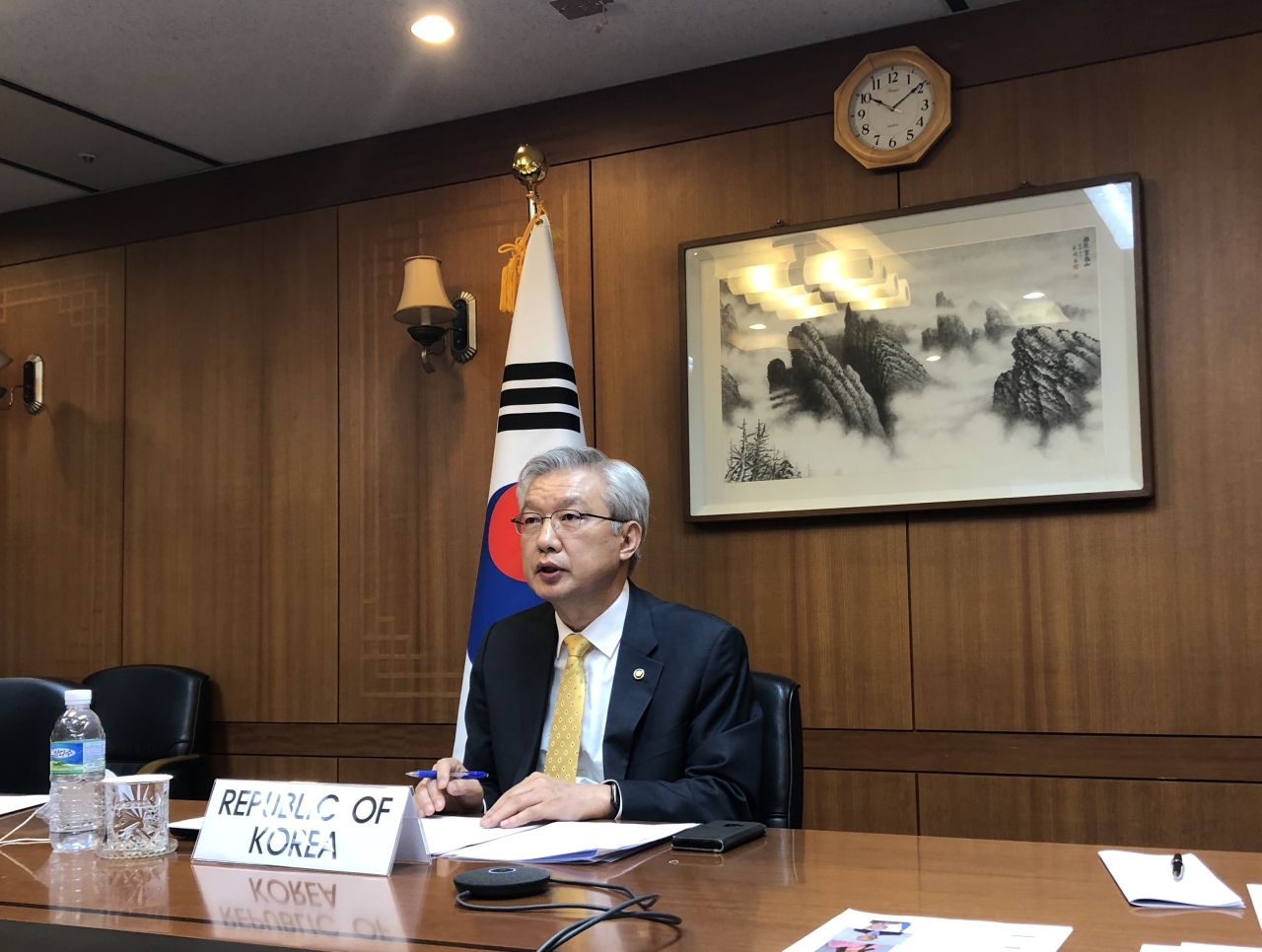 Lee made the remark during the Stockholm Ministerial Meeting on Nuclear Disarmament and the Non Proliferation Treaty (NPT) held via videoconferencing late Tuesday to discuss cooperation to advance the commitments within the NPT framework.

The Stockholm Initiative is a consultative body consisting of 16 nuclear weapons-free states that aims to achieve more pragmatic and results-oriented outcomes within the NPT framework.

This year marks the 50th anniversary of the signing of the NPT. A Review Conference on member states' implementations was going to be held in New York earlier this year, but it has been put off till next year due to the coronavirus.

"As a beneficiary of the NPT regime that guarantees the prevention of the spread of nuclear weapons and peaceful use of nuclear energy, South Korea has been actively contributing to strengthening the regime and the success of the NPT review conference," he said.