North Korea threatened Tuesday to wipe out a planned South Korean special forces unit tasked with incapacitating its leadership in the event of conflict.

South Korea's defense ministry said in its 2017 policy plan that it will launch the special brigade two years ahead of schedule in an effort to counter North Korea's nuclear and missile threats.

The unit will eliminate the North leadership or at the very least make it ineffective.

The Rodong Sinmun, the main organ of the North's ruling party, warned that South Korea's announcement is a blatant declaration of war against Pyongyang, adding that it is ready to take action if Seoul makes provocative acts.

"The special unit will be the first target of our precision military strikes if it attempts to hit our leadership," the newspaper said in a commentary.

It said that any small accident can flare up to war at a time when military tensions are heightened on the divided peninsula. 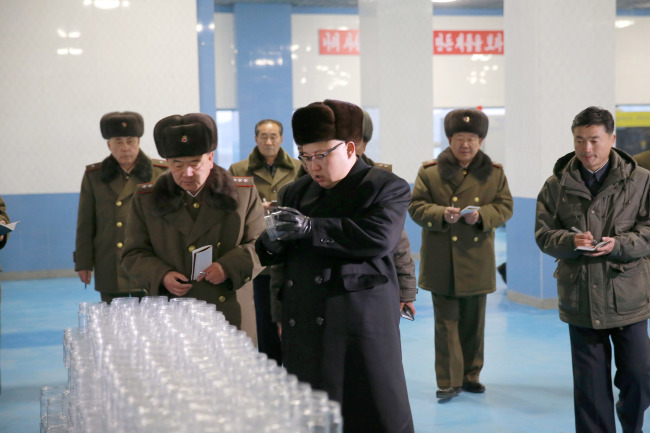 Kim Jong-un (Yonhap)
North Korean leader Kim Jong-un said in his New Year's message that the country has entered the final stage of preparations to test-fire an intercontinental ballistic missile. The North is seeking to develop a miniaturized nuclear warhead that can be mounted on a ballistic missile capable of flying as far as the US mainland.

Experts said that the North is highly likely to carry out military provocations at some point around March to protest an upcoming military exercise between South Korea and the United States.

"We are closely monitoring the situation as we see a high possibility of North Korea's provocation around the time of the joint military drill," said a government official. (Yonhap)