[ The Korea Herald – Send E-mail ]
[DECODED] The men behind Naver’s dizzying success
By Korea Herald
Published : Jun 28, 2016 - 16:17
Updated : Sep 1, 2016 - 16:37
[THE INVESTOR] Reserved and meticulous. These are some of the words often used by those close to Naver’s founder and board chairman Lee Hae-jin, who is regarded as a pioneer in Korea’s web search industry.

He builds and executes elaborate business plans and few at the portal company would dare confront him. 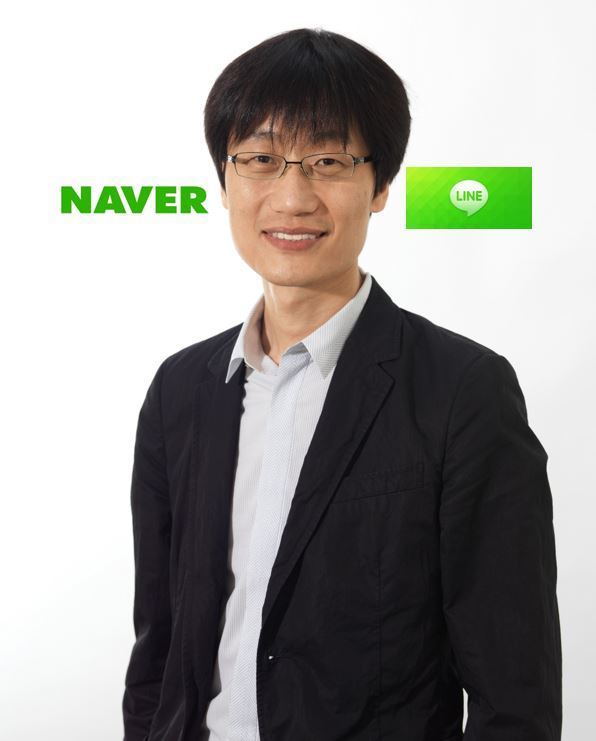 Naver board chairman Lee Hae-jin
Lee is credited with growing Naver, which began as a four-member start-up, into the nation’s largest web portal and one of the 10 largest companies in terms of market capitalization in Korea.

Naver earned 3.3 trillion won ($2.8 billion) in revenue, and 760 billion won in operating income in 2015. Its wholly-owned mobile messenger LINE has been in the spotlight recently, as it is scheduled to be listed on both the New York Stock Exchange and Tokyo Stock Exchange in July.

Behind such dizzying success are Lee’s micromanagement and business acumen. Due credit should also be given his longtime friends and business partners, some of whom still closely work with Lee.

Among them are Kim Beom-su, the chairman of Kakao, Shin Jung-ho, chief globalization officer of LINE, and Lee Joon-ho, chairman of NHN Entertainment.

The Kakao chairman and Naver chairman Lee grew up in the same apartment complex in an upscale residential area in Seoul and graduated from Seoul National University, in 1986. Both started to work at Samsung SDS, an IT solutions developer, in 1992.

Lee and three of his junior colleagues launched Web Glider, the predecessor of Naver, as an in-house venture of IT solutions firm Samsung SDS in 1997.

Incorporating Naver.com in 1999, Lee and the members of the venture tried to break into the web portal market then, but they hit a stumbling block as the web portal sector was ruled by Daum and Yahoo at the time.

For the first few years after the merger, Hangame Communications served as a cash cow, riding on the increasing popularity of online games in the early 2000s. The game business earned 1 billion won per day with online gambling card games such as Go-Stop, poker and the like.

Kim, often described as a maverick with macho characteristics, is said to have enjoyed gambling when he was a university student.

Executives and employees were baffled when he wore a suit at a press meeting to announce the Naver.com-Hangame Communications merger.

Even though NHN’s online game business achieved success in its early days, Kim was labeled as an unscrupulous profiteer who made money by online gambling.

Online gambling games are now banned to those aged 19 and under in Korea.

First Snow was a venture firm that created a lot of buzz for its one-of-a-kind search engine named Snow Rank.

The search engine basically worked in the way that many web portals and search engines do these days, as it showed the most relevant data first.

However, it was considered highly advanced at the time. It was even coveted by U.S. Internet giant Google, but Naver snatched up the start-up for 35 billion won in June 2006. The acquisition took place within six months after the start-up’s establishment.

LINE’s CGO Shin was one of the key developers of Snow Rank.

Shin, who has maintained a low profile since the acquisition, is also said to have played a key role in fostering the mobile messenger business in Japan and other countries, and the planned initial public offering.

Naver’s board chairman Lee promised members of the start-up that Naver will infiltrate the global market.

Shin often likened the combination of Lee and then-First Snow CEO Jang Byung-kyu to the oath of fraternity made by three heroes in the Peach Garden in the Chinese novel “Romance of the Three Kingdoms.”

“Before the acquisition, the management of Naver (then NHN) assured that it would keep trying to tap into the global market over and over, no matter how many times it fails,” CEO Jang was quoted by ZDnet Korea as saying.

Naver did try to tap into global markets. The Korean company launched Naver Japan, a web portal, in Japan in 2001, but shut it down in 2005 after years of struggling.

The acquisition of First Snow was part of Naver’s efforts to make inroads into the Japanese market.

Despite the previous failure, Naver once again established Naver Japan in 2007 and appointed Shin as the head of the Japanese office.

The mobile messaging service LINE started in 2011, and has gained traction since then.

The mobile messenger saw its subscribers surpass 300 million in 2013 and now boasts 600 million subscribers, the third largest in the world after Facebook’s WhatsApp with 1 billion users and Tencent’s WeChat with over 650 million users.

Lee Joon-ho of NHN Entertainment also showed all-out support for the Naver chairman in the early days of Naver. The NHN Entertainment chairman, an expert in search technology and alumnus of Lee of Naver, established a search solution developer with funding from the Naver chairman in 2000. The natural language search solution developed by Lee Joon-ho later helped put Naver in the top echelon of the Korean portal market.

The search solution developer, called Search Solution, was taken over by Naver in 2001 through a stock swap.