The nation’s main stock exchange was designated as a state institution in 2009 under the former Lee Myung-bak administration.

“KRX has resolved the problem of market monopolization with the revision of the capital market act,” the ministry said after a public organization operation committee meeting. 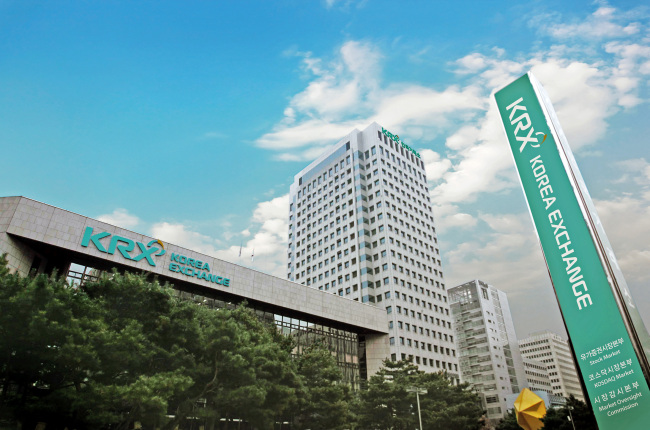 But the Financial Services Commission will continue to supervise the exchange operator to prevent mismanagement from recurring in the future.

Accordingly, the KRX revised its association articles in December, based on which it is to sign an agreement with the FSC immediately after delisting.

“The FSC will continue to keep a close watch on the KRX, making it impossible to abuse budgets or to deviate from the government’s basic guidelines,” Choi Kyung-soo, chairman and CEO of KRX, recently told reporters.

KOSCOM, the IT solution providing affiliate of KRX, Korea Development Bank Group and Korea Finance Corp. were also eliminated from the government’s control list. The financial companies were merged with the state-run KDB.