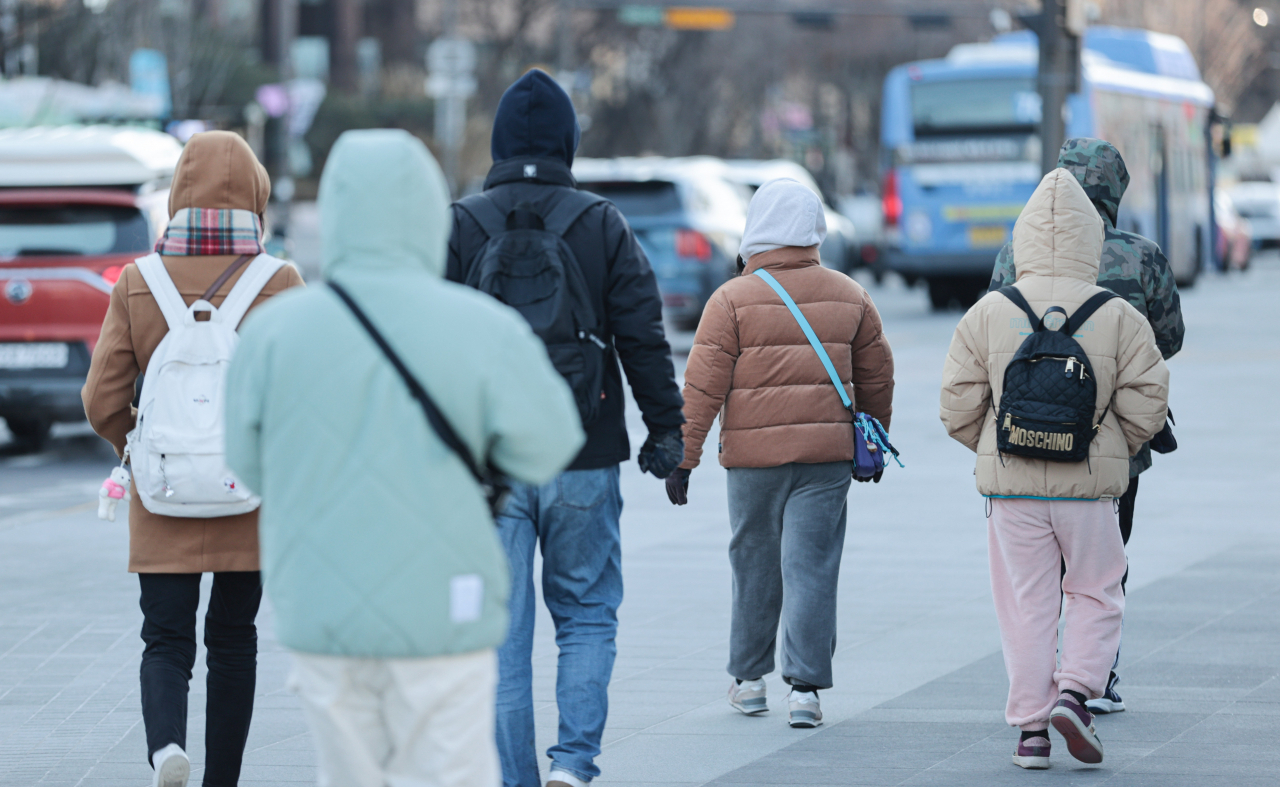 A Siberian cold wave hit South Korea on Tuesday, causing temperatures to plunge across the country to the lowest points this winter, grounding flights and stranding traffic in some parts on the last day of the four-day Lunar New Year weekend.

The most affected region was Jeju Island, where all 476 flights to and from the nation's southern island were axed, leaving some 43,000 passengers stranded, according to Jeju Regional Office of the Ministry of Land, Infrastructure and Transport.

"We predict a normalization early in the morning tomorrow (Wednesday) if we are lucky, or late morning at least, but we can't confirm anything at this moment," a Jeju Island-based official at the ministry said.

An "orange" alert -- the second highest of the four-tier weather warning -- was issued at around 5 a.m. Tuesday by Jeju's Disaster and Safety Management Headquarters to cope with snowfall, heavy winds and the cold temperature.

Passenger ships running from Jeju Island and the southern Korean Peninsula were also canceled due to huge waves. These were among 113 cancellations of passenger ships across the nation as of 11 a.m. Tuesday, according to the Central Disaster and Safety Countermeasure Headquarters.

Earlier on Thursday, Korea's weather agency forecast the cold snap to affect Korea beginning Tuesday due to a Siberian anticyclone coming from northwest of the Korean Peninsula.

The mercury in Seoul fell to minus 19.2 degrees Celsius at the lowest in Jung-gu, with the average temperature in the morning coming to minus 16.4 C. At noon, Seoul's temperature stood at minus 14.4 C. For Seoul, 1927 marked the coldest winter in history, with a temperature of minus 23.1 C.

Meanwhile, Gangwon Province saw temperatures drop to below even minus 25 C.

The cold snap has been forecast to last until Wednesday, according to the KMA.

As of 1 p.m. Tuesday, a cold wave warning was in effect for most of the nation, including the entirety of Seoul and Jeju Island.

A heavy snow warning was issued for North and South Jeolla provinces, Jeju Island, the island Ulleungdo and the easternmost Dokdo islets at 1 p.m. A strong wind warning was also issued in all regions except North Jeolla Province.

In the southwestern South Jeolla Province, up to 7.6 centimeters of snow fell overnight. The region is predicted to see up to 20 cm of snow. 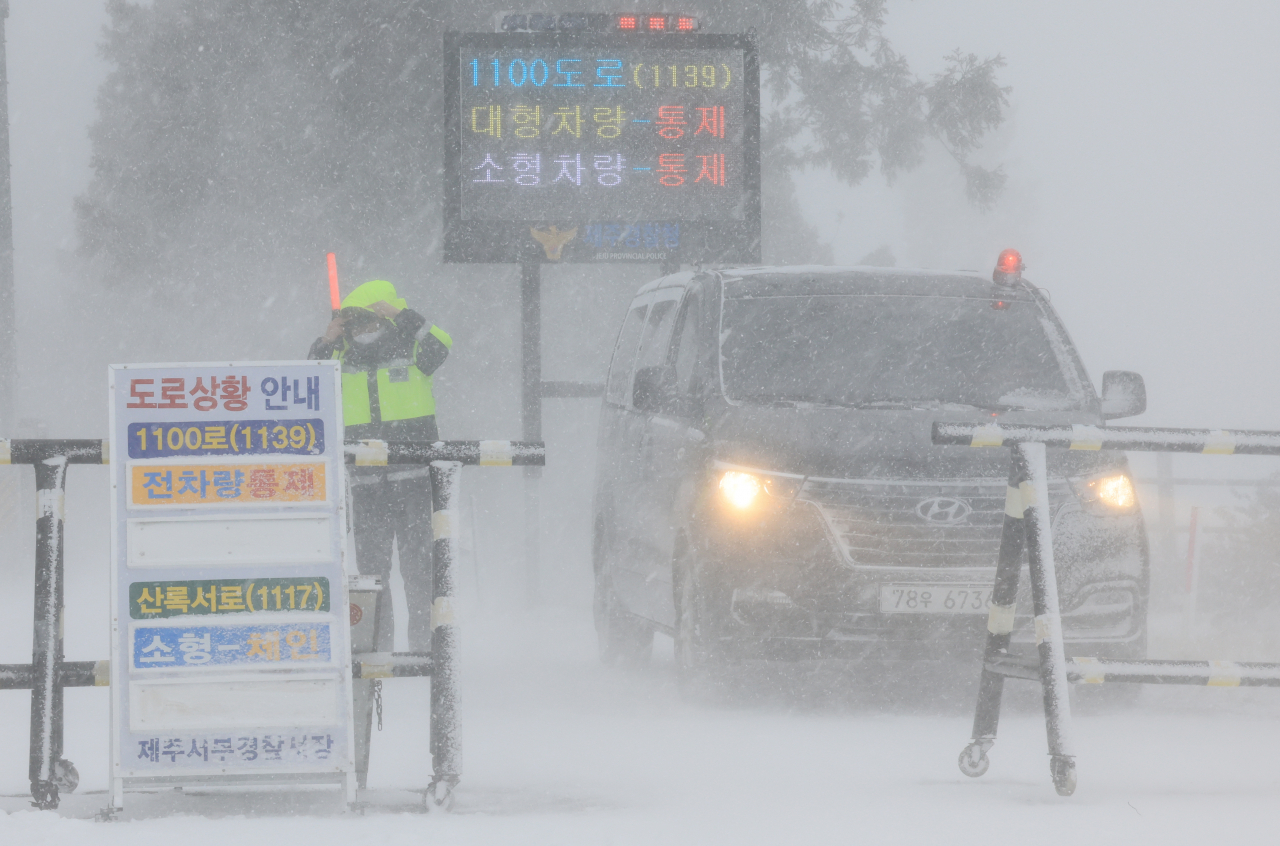 A road is closed due to heavy snow in mountainous region of Jeju Island on Tuesday. (Yonhap)

Jeju Island's Hallasan peak saw snowfall of up to 18 cm during the first 12 hours of Tuesday. The island was also buffeted by winds of 21 meters per second -- over 75 kilometers per hour -- the strongest in seven years.

Road closures followed the extreme weather warnings in parts of Jeju Island. Dozens of people have suffered minor injuries due to icy road conditions, according to the fire department.

Meanwhile, Prime Minister Han Duck-soo ordered the government on Monday evening to brace for damages such as pipes bursting and agricultural losses, to make sure no one is overlooked on weather alerts and to look after the health of the vulnerable.