Subzero temperatures are expected throughout 4-day Lunar New Year holiday and could plummet to minus 17 degrees Celsius Tuesday morning, according to the Korea Meteorological Administration.

On Saturday, the first day of the four-day holiday, clear skies are expected for the central region but southern regions are projected to have some rain. Temperature is expected to drop for most regions by five to 10 degrees Celsius, compared to the day before, with officials saying there is a possibility of a “cold wave” advisory or warning.

Central regions are expecting some snow on Sunday, with rain expected on Jeju Island. As for the southern region, it will snow in the upper areas and rain in the south. 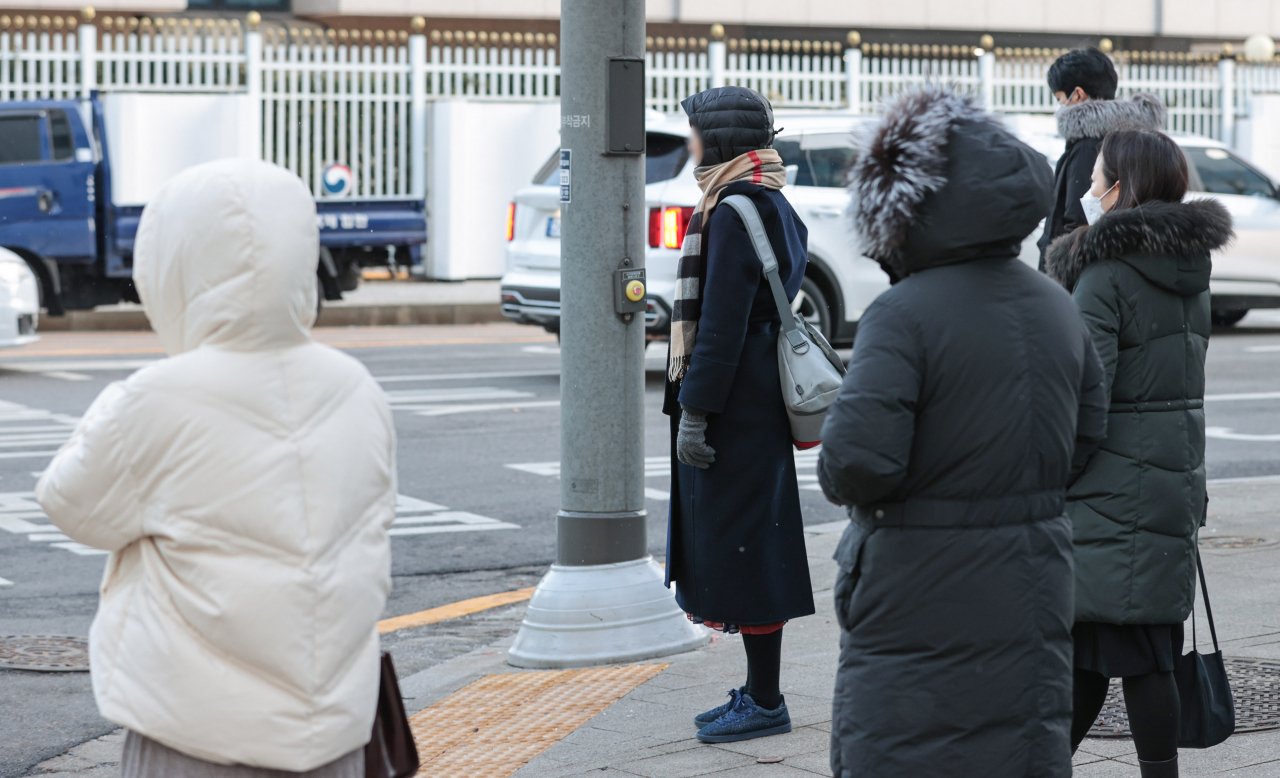 The weather between Monday and Tuesday is expected to be the coldest this year with high pressure in the northwestern part of the country building up and affecting the entire country. The temperature is projected to drop by at least 10 degrees overnight, with the low in Seoul expected to be around minus 17 degrees Celsius.