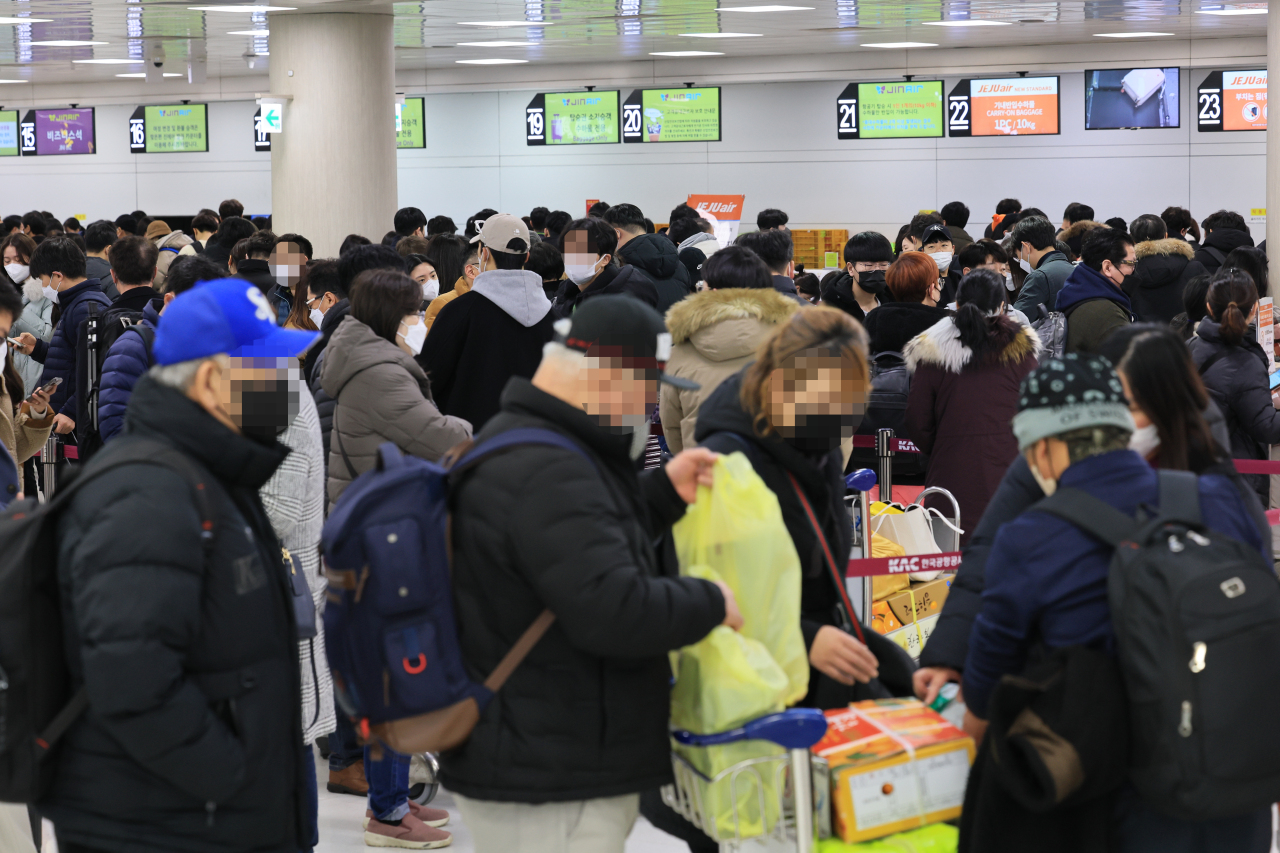 Jeju Airport is crowded with people on the early morning on Monday. (Yonhap)
Cold wave alerts will be issued for most parts of South Korea on Monday, the third day of the four-day Lunar New Year holiday, according to the nation’s weather agency.

The Korea Meteorological Administration said the cold wave warning will take effect for Seoul as of 9 p.m. The cold wave warnings are issued when the daily low falls below minus 15 degrees Celsius for more than two consecutive days, or when the temperature drops sharply and major damage is expected.

The warnings will be issued for Incheon and 31 cities in Gyeonggi Province including Suwon, Goyang and Yongin, the KMA said.

Nineteen cities of Gangwon and 13 cities in North Gyeongsang Province will come under the grip of the cold spell as well.

“Tuesday’s temperatures will plummet by 10-15 degrees Celsius compared to Monday, with further drop anticipated from wind,” said the KMA.