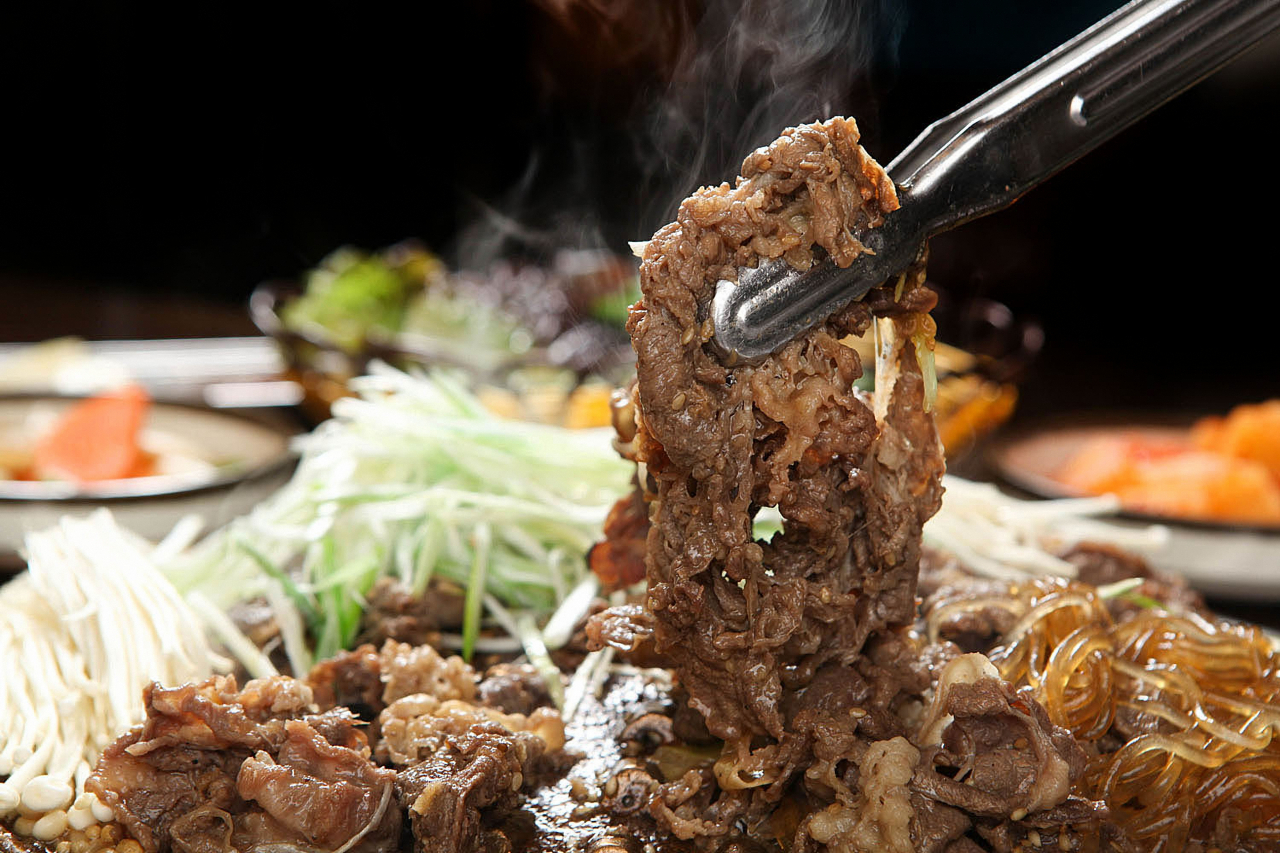 Although hansik has diversified in its taste and form over time, bulgogi still remains the top dish that comes to mind when Korean cuisine is mentioned.

The mouthwatering grilled meat dish, made of beef or pork, derives from a simple compound word of “bul,” meaning fire, and “gogi,” meaning meat.

Traditionally, because of the time and effort involved in making bulgogi, it was a special dish cooked at family gatherings or when inviting guests for a feast.

The meat is thinly sliced and spread on a wide cutting board, often pounded to tenderize it and marinated in sweet sauce with vegetables and fruits, typically ground pears and apples.

Cooked on table-top charcoal grill, the soft and chewy texture of the juicy meat goes excellently with white rice.

Bulgogi can vary in its spiciness and sweetness, depending on the ingredients used in the sauce and the marinating process.

Many of the popular bulgogi restaurants in Seoul specialize in regional bulgogi specialties, brought to the capital by the chefs or the owners. 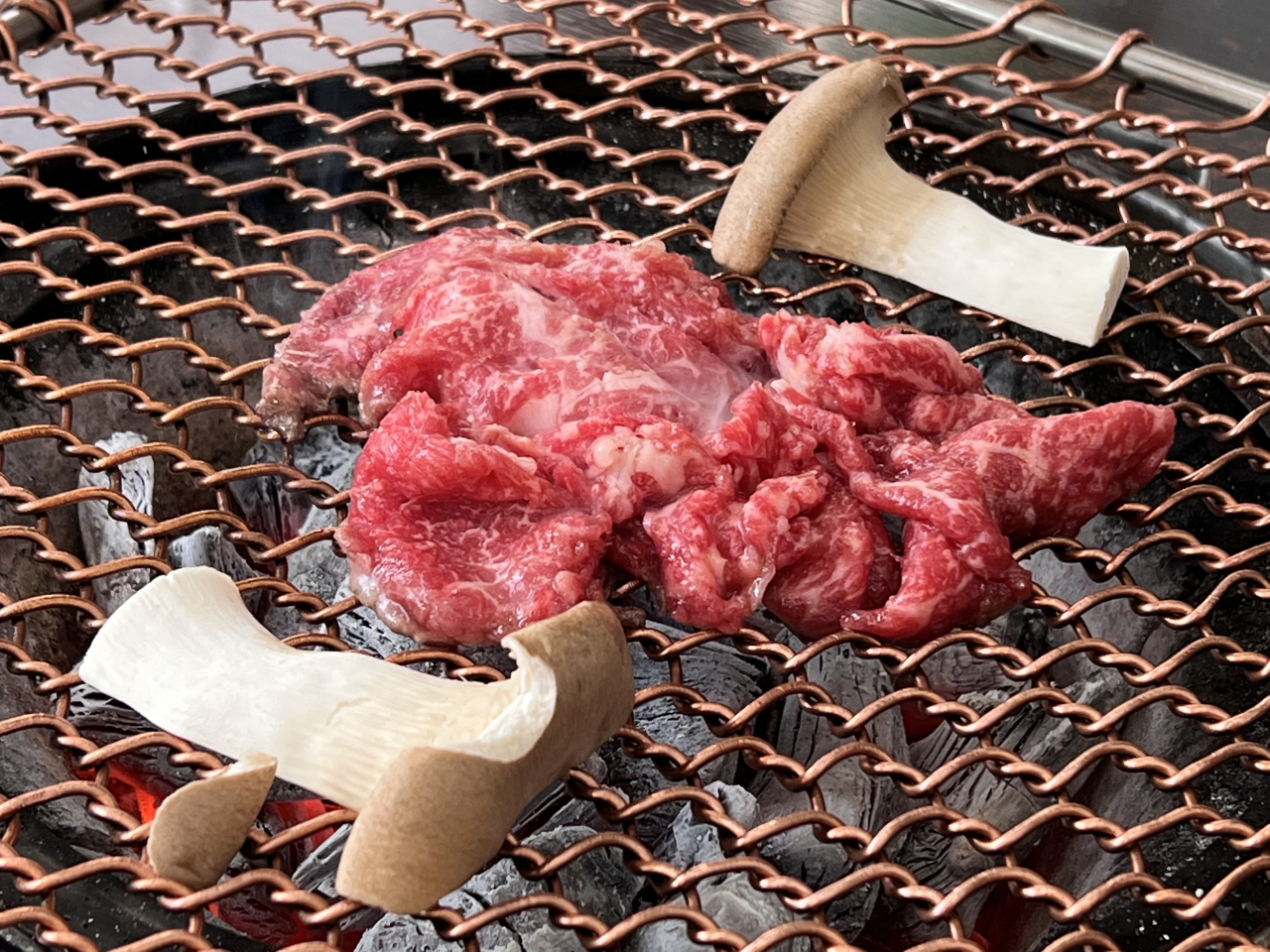 Located near Soongsil University Station Exit No. 2, the place is a go-to bulgogi spot for the faculties on campus, as proven by good reviews and high ratings on popular mobile apps.

A friendly owner-chef couple has named their bulgogi place after their son, Junseo, who is now doing his military service.

Upon ordering Gwangyang bulgogi, charcoal fire is set up on the table with a lightweight griddle placed on top.

A staffer will cook and serve you the first row of the meat, demonstrating the perfect timing to turn the meat over -- within 30 seconds, as the meat is thinly sliced.

"We never marinate the meat in advance, since it decreases the freshness of the meat, which matters the most. We coat the meat with our sauce each morning and afternoon, so that the texture stays fresh," the restaurant owner said.

For that reason, the meat has a cherry-red hue, compared to the darker red color of the meat that has been marinated for longer.

A popular way to enjoy bulgogi is to place a piece of meat on lettuce or perilla leaf, top it with grilled mushrooms and wrap it all up and pop it into mouth, to be enjoyed in big bite.

A cup of maesilcha, Korean plum tea, and sujeonggwa, Korean cinnamon punch, are each served before and after the meal, which makes it a wholesome bulgogi meal experience.

A bowl of rice and small doengjangjjigae can be ordered separately at 2,000 won. 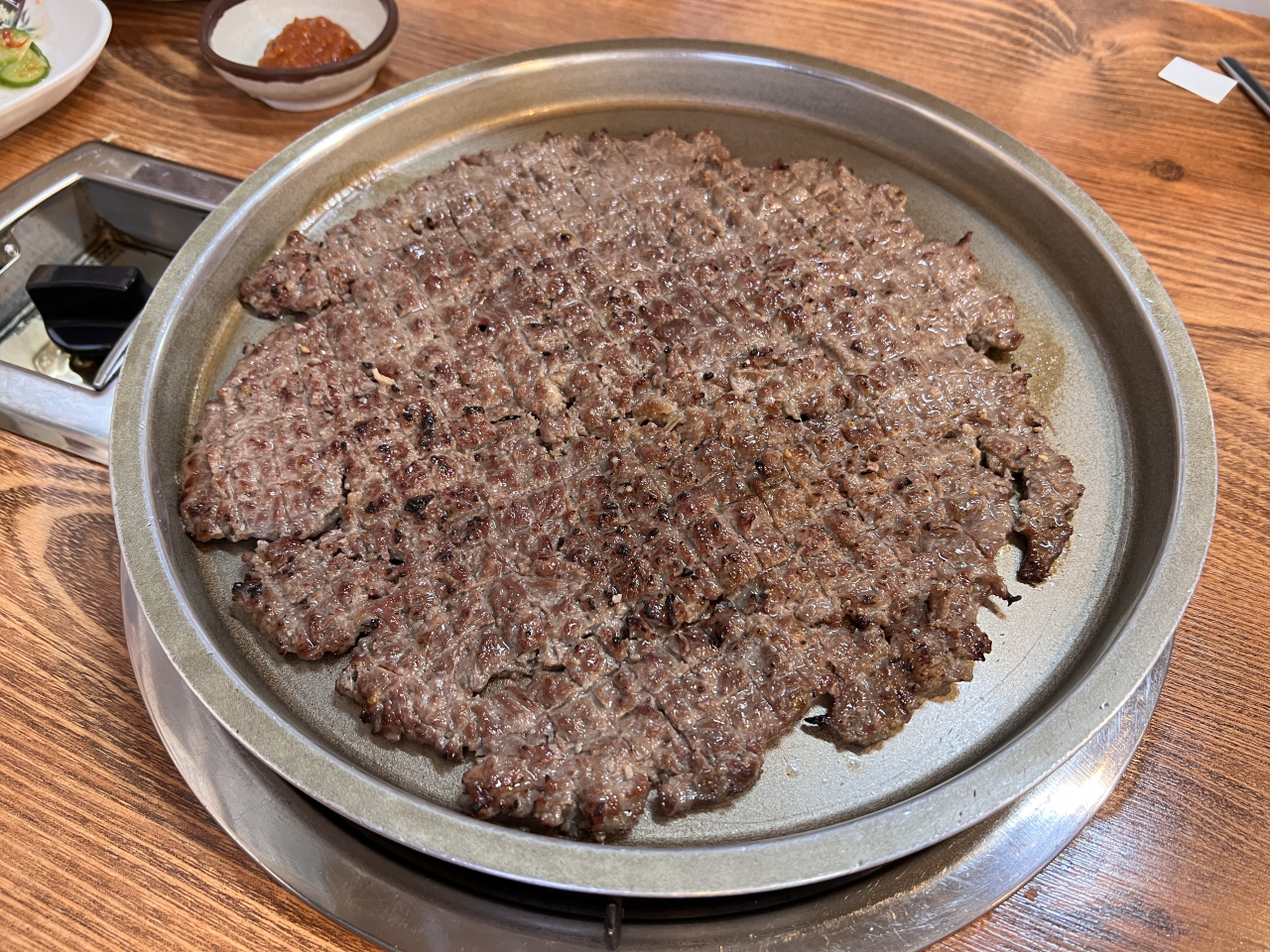 If you prefer not to have bulgogi grilled on the table, Eonyang style bulgogi can be the best option as it is served fully cooked.

A well-cooked Eonyang bulgogi is crispy and caramelized at the edges and on the surface, giving it a smoky scent at first bite, and warm and juicy as you work your way to its core.

Eonyang bulgogi at Choi Young-hee Eonyang Bulgogi has a very light flavor with a smoky and nutty scent. It is probably the least sweet of most bulgogi variations one could find in the city's restaurants.

This simple taste fortunately leaves enough space for other flavors to join in.

Try dipping bulgogi into the green onion salad sauce. You can also have it with different kinds of banchan, including the pickled cucumber dish which has a pungent and sweet taste, and the bean sprouts, salty and moist.

The chadol doenjangjjigae, with a generous portion of beef brisket and tofu, is a side option favored by frequenters.

A single-size serving of Eongyang bulgogi costs 15,000 won and a bowl of chadol doenjangjjigae is 5,000 won. 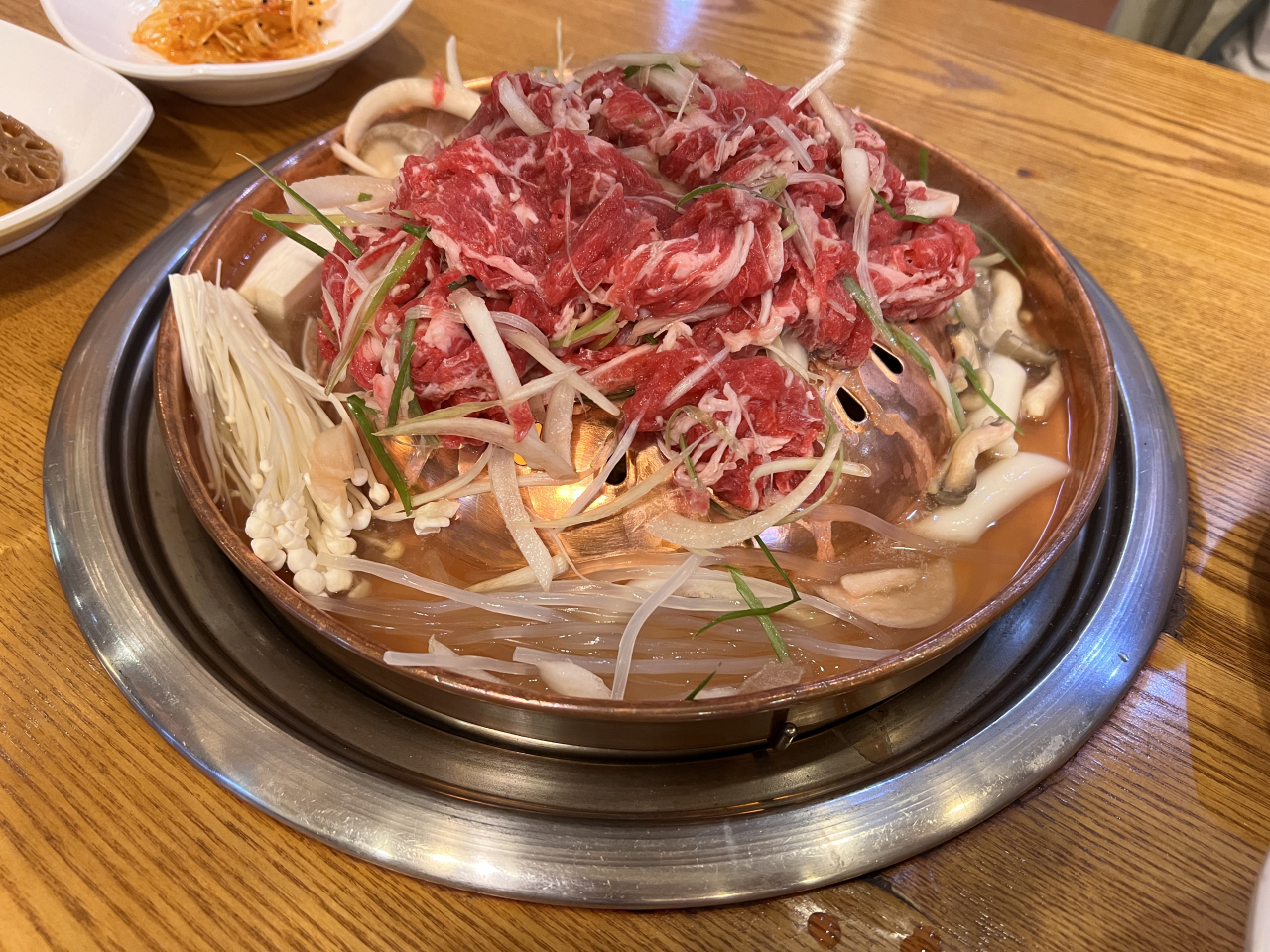 The most common of all types of bulgogi is the Seoul-style bulgogi cooked on top of a heavy dome-shaped copper plate, and is known for its rich broth.

Compared to the two styles aforementioned, the Seoul-style has various vegetables on top of the meat, with broth poured around the edges of the plate.

The Yaetmat Seoul Bulgogi, Myeong-dong is located near Myeongdong Station Exit No. 5.

Assorted vegetables served on the copper plate include scallions, mushrooms, onions, chopped garlic and cellophane noodles. The vegetables and meat should be cooked for about 5-8 minutes.

The restaurant uses beef chuck for bulgogi, so it might taste greasy too some, but eventually, the broth is mixed with vegetables to provide a clean finish.

A manager in his 50s told The Korea Herald that in the past, family guests with kids frequented Seoul-style bulgogi restaurants.

"Even little ones could enjoy the taste of bulgogi broth, when stirred and eaten with rice."