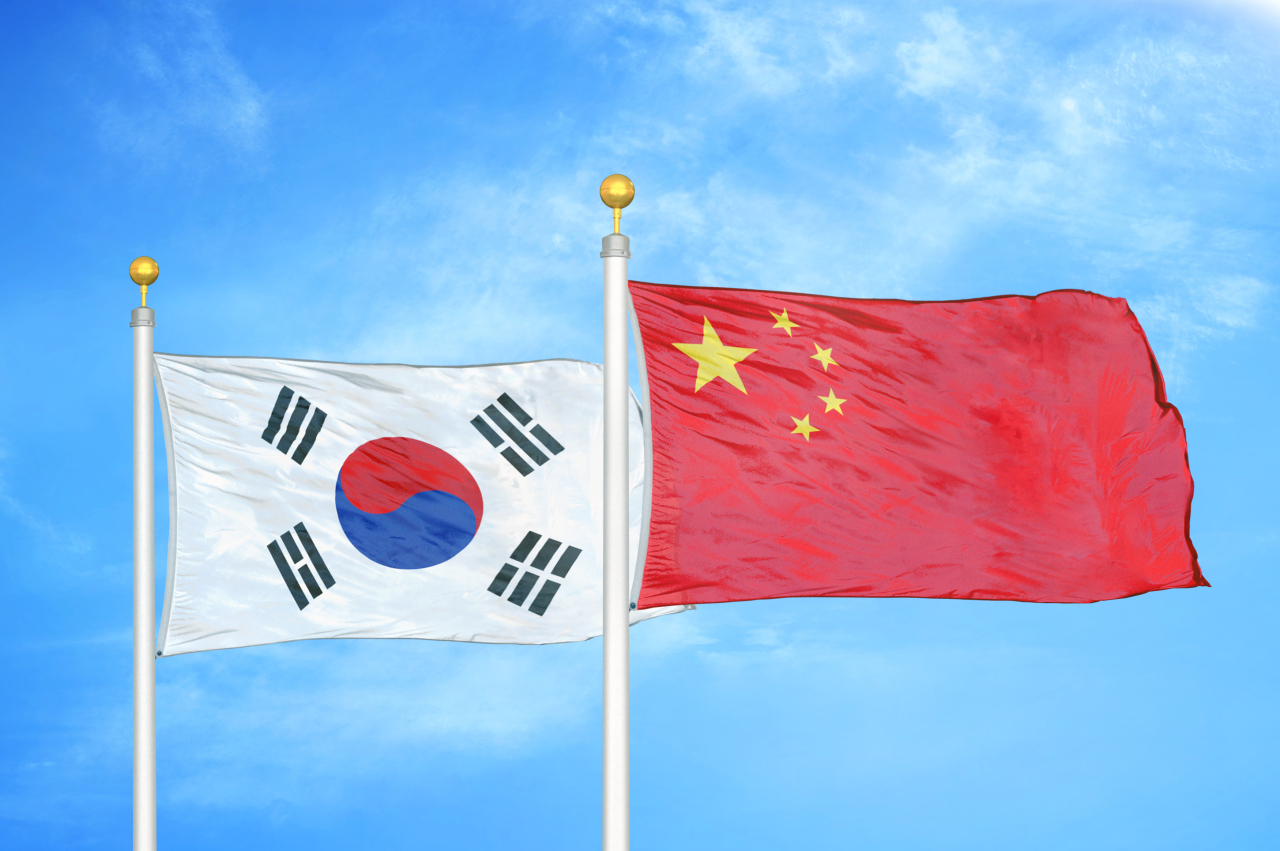 National flags of South Korea and China (123rf)
The Chinese Ambassador to South Korea urged a Korean lawmaker who leads a parliamentary semiconductor committee to exclude “external interference” in chip supply chains and for closer bilateral cooperation in chips, according to the Chinese embassy in Seoul.

“China is willing to work with South Korea under the principle of a fair and just market, eliminate external interference, strengthen cooperation in semiconductors and other fields, and jointly maintain the stability of the global industrial chain and supply chain,” Ambassador Xing Haiming told Rep. Yang Hyang-ja on Monday. The embassy disclosed details of the meeting on its WeChat social media account, according to local reports.

Yang, a former Samsung Electronics executive-turned-lawmaker, has been leading the special committee dedicated to nurturing domestic semiconductor industry since June.

This is the latest signal from Beijing to Seoul, showing its disapproval of Seoul’s membership in a United States-led chip alliance.

Beijing has raised concerns about the growing pressure from the US for South Korea to join a new chip alliance called Chip 4, which has been proposed to Japan, Taiwan and South Korea, in an apparent move by the US to keep China in check in the global chip supply chain.

The US earlier in July requested that South Korea decide whether to attend the meeting of Chip 4 before the end of August through diplomatic channels.

In response, on July 22, Chinese Foreign Ministry spokesperson Zhao Lijian said the US’ call for the Chip 4 alliance “goes against the current” in the global economy in pursuit of fairness and integration.

China’s state-run mouthpiece Global Times on July 21 wrote in an editorial that taking sides with the US against China in terms of semiconductor alliance will bring about a “commercial suicide,” adding the US is “now handing South Korea a knife and forcing it to do so.”

Yang told The Korea Herald that Korea will be bound to attend an August meeting of "Chip 4" countries, but downplayed the concerns that Xing's remark of "external interference" has to do with US proposal of "Chip 4" alliance, but instead with "external noises" that hamper the bilateral chip cooperation between Seoul and Beijing.

Korean chipmaking giants are bracing against possible retaliatory actions by the Chinese government. Samsung Electronics produces 40 percent of its NAND flash memory chips at its Xi’an plant, or 10 percent of the global supply. SK hynix also runs a DRAM plant in Wuxi that takes up 50 percent of its total DRAM production.

China‘s retaliation as a result of South Korea’s failure to maintain strategic ambiguity has been nothing new. Korea’s decision to deploy the US-led Terminal High Altitude Area Defense system on its soil, a move meant to deter a nuclear attack from North Korea, triggered China’s economic retaliation against Seoul in the late 2010s. The retaliations caused great damages to South Korea’s tourism industry, among others.