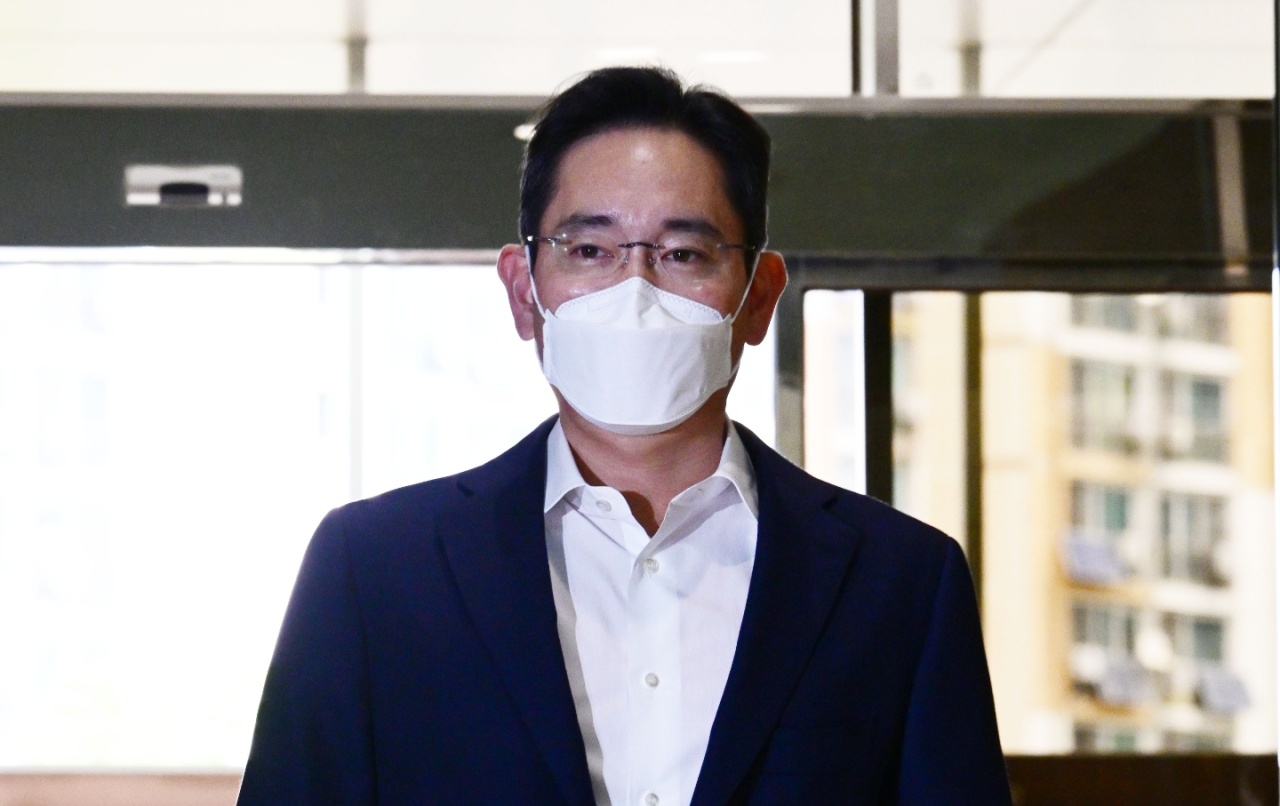 The Seoul Metropolitan Police decided not to refer the case involving the 53-year-old de facto leader of the South Korea-based tech giant to the prosecution, considering he was not paid for his casual work as an unregistered director, according to activist groups on Friday.

Seven civil activist groups, including the Citizens’ Coalition for Economic Justice, jointly blasted police for “turning a blind eye to a convicted chaebol family’s return to management,” adding the police decision effectively deprived the employment restriction rules of their force. They argued that any individual should be seen as “being employed” if he or she performs at a workplace with a job title assigned regardless of whether they are paid or not.

The decision came nine months after the activist groups accused Lee of “virtually performing duties as Samsung’s vice chairman” even as he was subject to a five-year employment ban as a result of his bribery conviction in January 2021.

Lee was released from prison on parole in August last year. A few weeks after Lee’s release and return to Samsung’s management, Samsung unveiled an investment pledge worth 240 trillion won ($189.1 billion) over a period of three years. This was followed by a five-year plan to spend a combined 450 trillion won in May.

In the meantime, Lee has embarked on trips to the United States, the Middle East and, most recently, Europe in the past year mainly for talks with business counterparts. Samsung also confirmed in May that Lee held talks with Intel’s top management, including Chief Executive Officer Pat Gelsinger, in Samsung’s Seoul office.

The then-Justice Minister Park Beom-kye had given the green light immediately after Lee’s parole, interpreting Lee’s status at Samsung as technically not employed. Lee has remained an unpaid and unregistered director of the conglomerate’s crown jewel since his release from prison. Samsung has yet to challenge the Justice Ministry to allow Lee to be legitimately employed and paid by Samsung.

Under Korean law, those who have embezzled at least 500 million won are subject to restrictions on returning to the workplace as part of an aggravated punishment for financial crimes such as breach of trust or embezzlement. Lee was convicted of embezzling 8.6 billion won and using it to bribe former President Park Geun-hye as part of a sweeping corruption scandal that brought her down in 2017.

Lee is not the only chaebol leader involved in debate over employment restriction. An appellate court earlier in May gave Kumho Petrochemical Chairman Park Chan-koo the upper hand by nullifying the Justice Ministry’s decision to reject Park’s return to management while being paid in 2020. Park was convicted of embezzling 10.7 billion won for personal purposes in 2018.

The police decision regarding Lee, however, does not mean Lee’s legal risk has totally disappeared. Lee is currently on trial over his alleged intervention in the controversial merger in 2015 between key affiliates, Samsung C&T and Cheil Industries -- a move seen as opening the doors to Lee’s succession for groupwide control over Samsung from the since-deceased Chairman Lee Kun-hee.