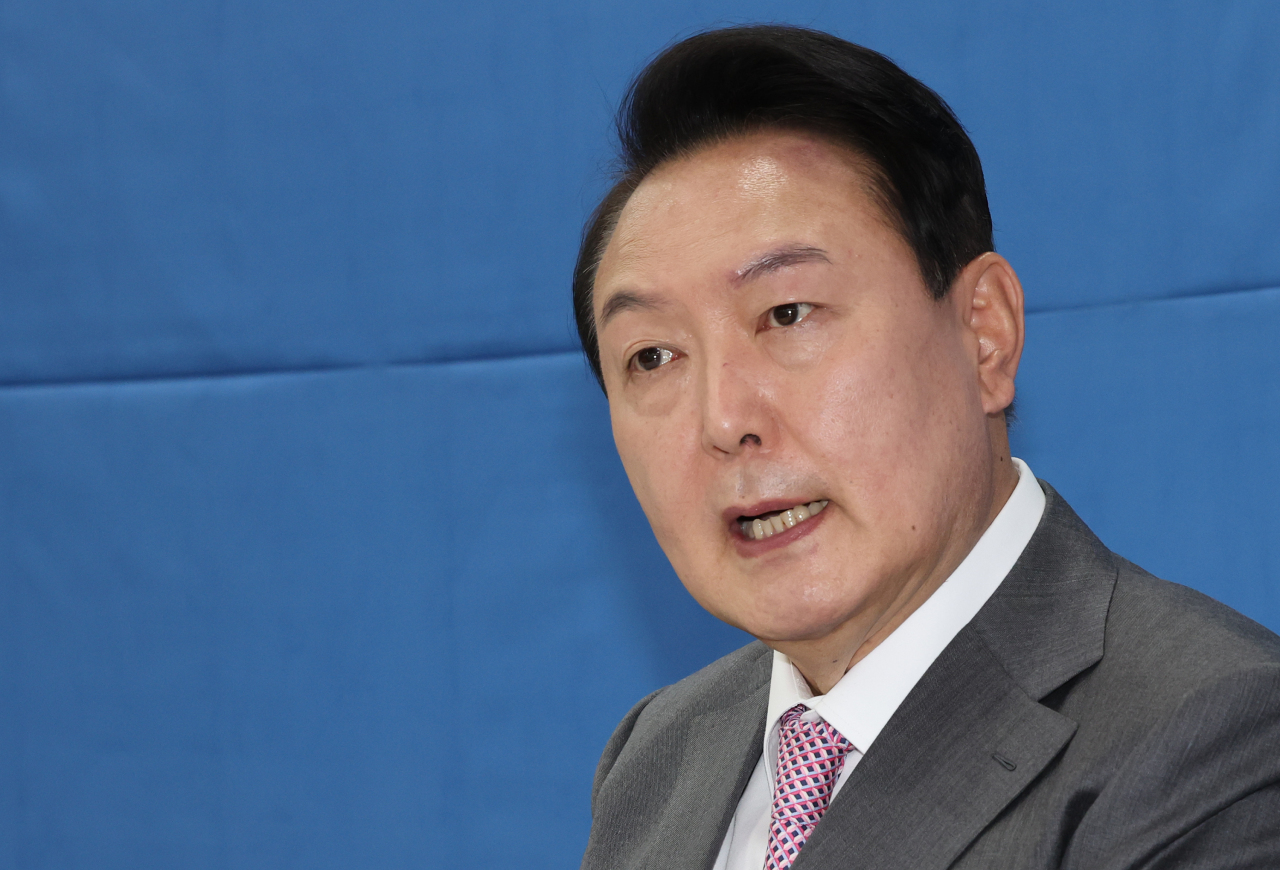 South Korean President Yoon Suk-yeol speaks at a finance meeting in Seoul on Friday. (Yonhap)
South Korea says it intends to provide COVID-19 vaccines and other medical supplies to North Korea, which is suffering from an “explosive” spread of the virus.

The presidential office said Friday that President Yoon Suk-yeol had decided to provide the North with the supplies. However, Pyongyang has not indicated whether it will accept them. Previous offers of pandemic aid have been rebuffed.

“North Korea is reportedly having COVID-19 spreading fast and is seeing a sudden rise of patients suspected to have caught COVID-19. We will discuss with North Korea the details on how we will provide the support.”

North Korea’s state media reported Friday that six people had died so far from COVID-19, and a total of over 187,800 people were being isolated and treated for fever. The report came a day after the North officially confirmed a COVID-19 outbreak for the first time.

At the site, Kim was briefed on the situation and the efforts made since he declared the implementation of a “maximum emergency prevention system” the day before.

According to KCNA, a fever with an unknown cause started to spread “explosively” across the North from the end of April, and some 350,000 people showed signs of fever in a short period of time. So far, 162,200 have fully recovered.

Among the six people who died from COVID-19, one patient was confirmed to have had BA.2, the subvariant of the highly transmissible omicron virus. 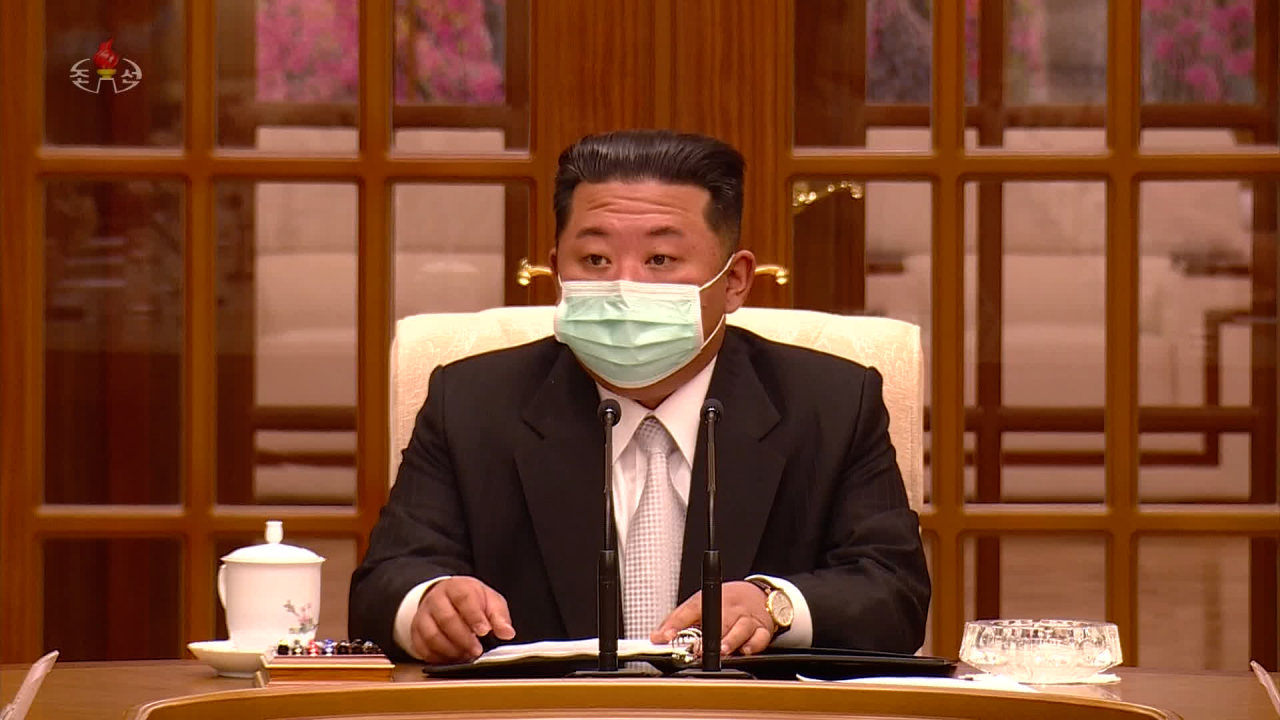 This photo, captured from North Korea’s Korean Central TV, shows leader Kim Jong-un wearing a face mask as he presides over a politburo meeting of the ruling Workers’ Party over the North’s first known case of COVID-19 in Pyongyang on Thursday. (Yonhap)
The reclusive regime officially confirmed of the COVID-19 outbreak for the first time on Thursday.

“The simultaneous spread of fever with the capital area as a center shows that there is a vulnerable point in the epidemic prevention system,” Kim was quoted as saying in the English report.

“It is very important for all provinces, cities and counties to lock down their areas to prevent the further spread of the malicious virus.”

Kim also called for public health authorities to closely observe the patients and set up scientific treatments and strategies, and to strengthen the supply of medicines.

“It is the most important challenge and supreme task facing our Party to reverse the immediate public health crisis situation at an early date, restore the stability of epidemic prevention and protect the health and wellbeing of our people,” he said.

In a politburo meeting, Kim was also seen wearing a mask for the first time in public.