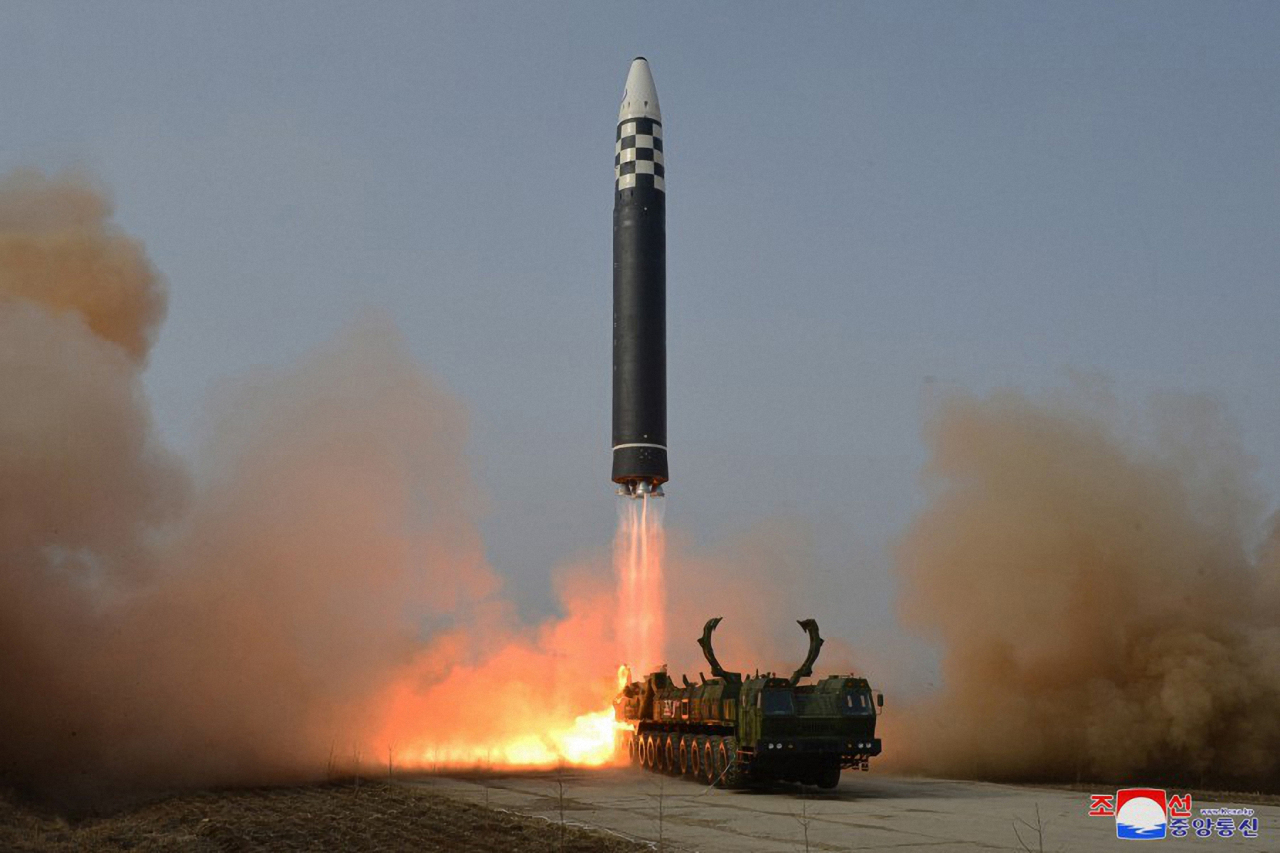 An intercontinental ballistic missile (ICBM) is launched from Pyongyang International Airport on March 24, 2022, in this photo released by North Korea's official Korean Central News Agency. North Korean leader Kim Jong-un approved the launch, and the missile traveled up to a maximum altitude of 6,248.5 kilometers and flew a distance of 1,090 km before falling into the East Sea, the KCNA said. (KCNA)
North Korea fired another ballistic missile into the East Sea on Thursday, continuing a series of launches that have raised tensions on the Korean Peninsula.

According to South Korea’s Joint Chiefs of Staff, a projectile suspected of being a ballistic missile was fired into the East Sea.

Thursday’s launch is North Korea’s 16th show of force this year. The most recent was a submarine-launched ballistic missile (SLBM) fired in waters off its east coast on May 7. Pyongyang had also fired an intercontinental ballistic missile three days prior to the SLBM launch.

South Korea’s newly inaugurated President Yoon Suk-yeol has promised to deal sternly with North Korean provocations, but left open room for dialogue in his inauguration speech, saying that his administration would offer aid in return for concrete denuclearization steps by Pyongyang.