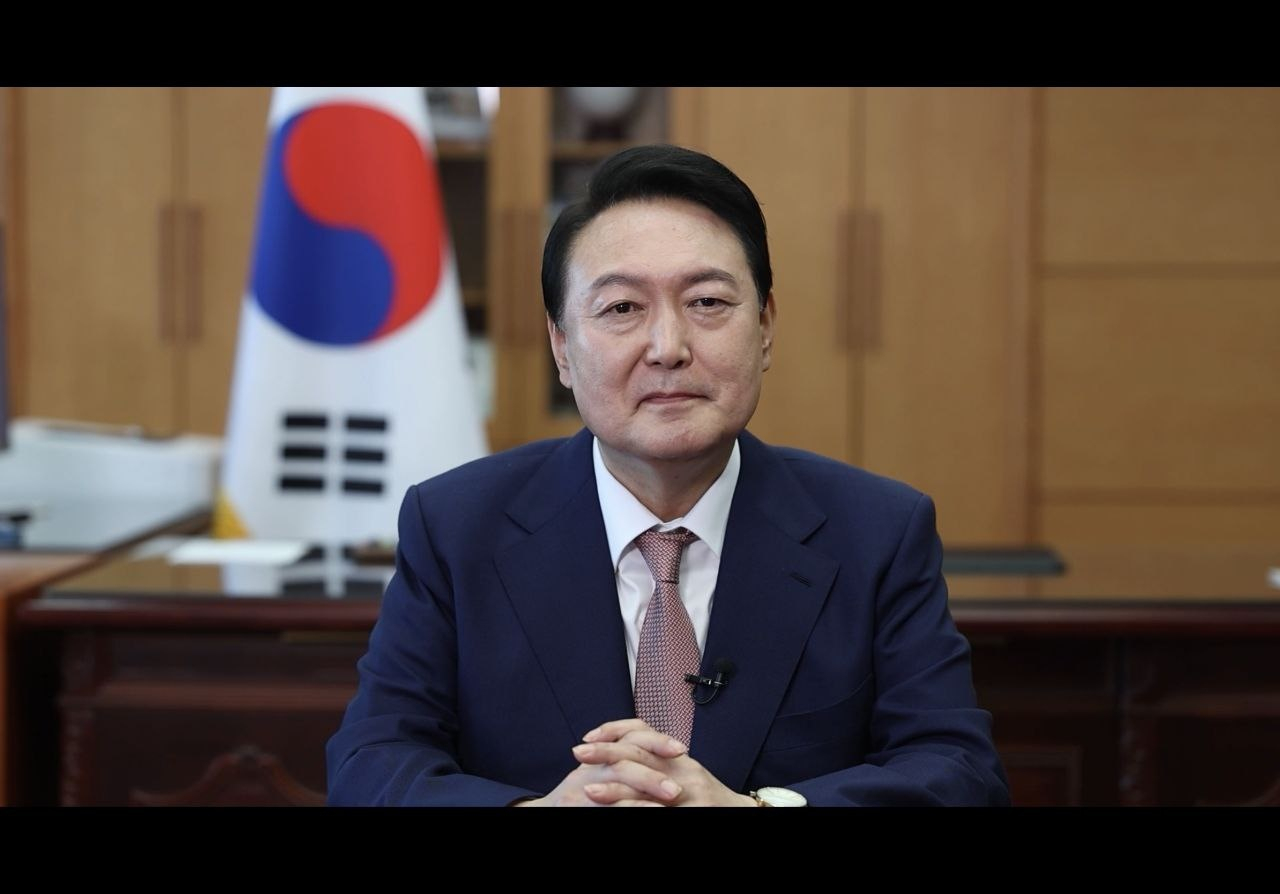 President Yoon Suk-yeol takes part in an online global summit at the presidential office in Seoul on Thursday, about efforts to tackle the coronavirus pandemic, in this screenshot released by the office. During the second Global COVID-19 Summit that was held virtually and co-hosted by the United States, Belize, Germany, Indonesia and Senegal, Yoon said in a prerecorded message that South Korea will provide an additional US$300 million for a global anti-COVID-19 partnership. (Yonhap)

President Yoon Suk-yeol on Friday offered to send COVID-19 vaccines to North Korea, his spokesperson said, a day after Pyongyang acknowleged an outbreak for the first time since the pandemic began.

After claiming for over two years that it was coronavirus-free, the North reported its first case of COVID-19 on Thursday, saying the country declared the implementation of the "maximum emergency" virus control system.

"President Yoon Suk-yeol plans to provide the North Korean people with COVID-19 vaccines and other medical supplies," presidential spokesperson Kang In-sun said in a statement. "Suspected cases are said to be rising explosively in North Korea recently due to a massive COVID-19 outbreak. We will hold discussions with the North Korean side about details."

One of the people who died was confirmed to have been infected with the omicron variant, according to the Korean Central News Agency.

During a visit to the state emergency epidemic prevention headquarters Thursday, North Korean leader Kim Jong-un "criticized that the simultaneous spread of fever with the capital area as a centre shows that there is a vulnerable point in the epidemic prevention system we have already established," the KCNA said.

A presidential official told reporters that North Korea has yet to respond to South Korea's offer and that the decision to send aid was not discussed in advance with the United States. (Yonhap)