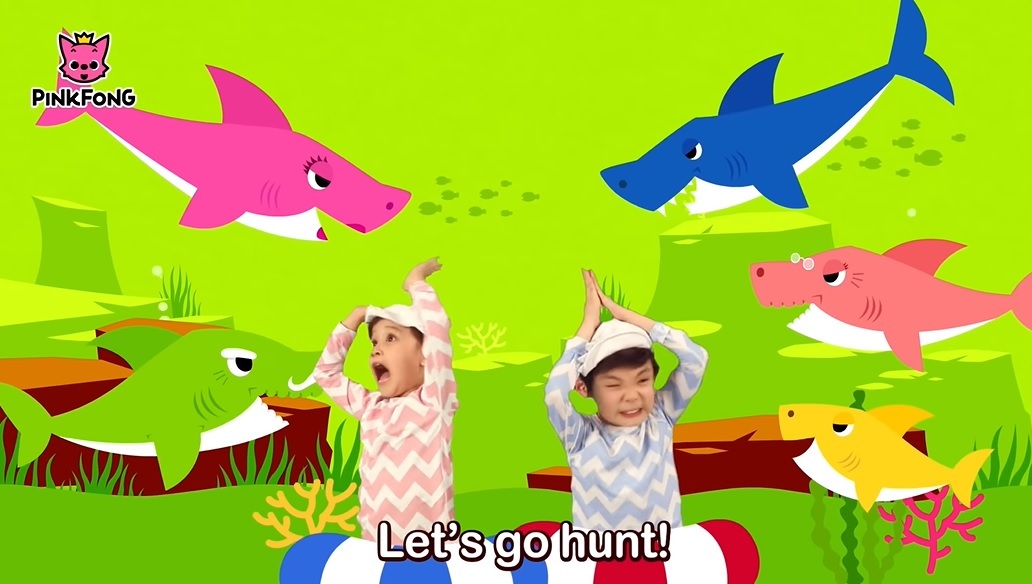 Beloved by both children and adults, the two-minute video tells the story of a shark family going on an underwater hunt. The English-language version of the video came out in June 2016, soon after its success in Korean in 2015.

The English version of ”Baby Shark Dance“ record far exceeds the 2.3 billion views of the Luis Fonsi and Daddy Yankee’s megahit pop, “Despacito,” which now ranks as the second most viewed in YouTube history.

“The current figures show more hits than the UN’s world population figure of 7.8 billion,” a Pinkfong official said. Based on the number of views, it comes down to everyone in the world having seen the video at least once, as told by the official. 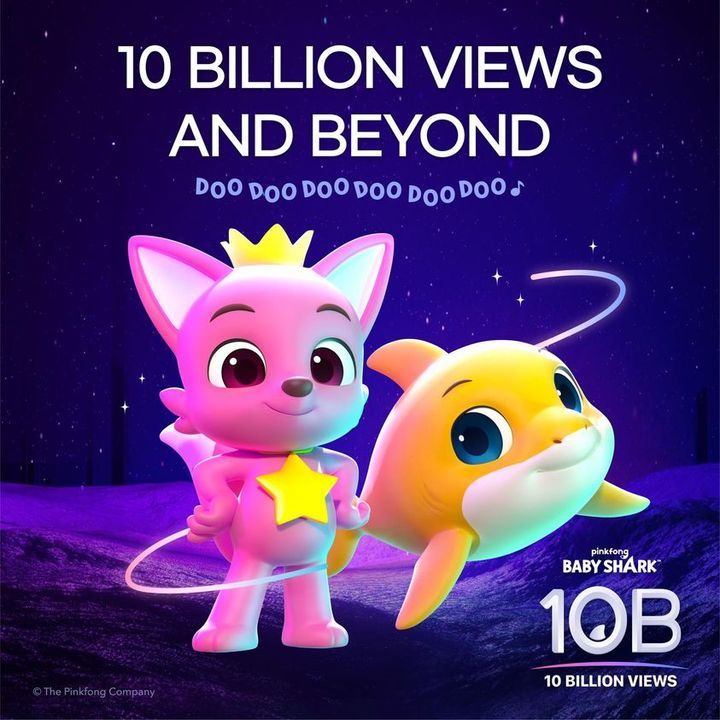 Poster celebrating Baby Shark video's 10b YouTube views (Pinkfong Company's Facebook page)
The Baby Shark song has also been a huge hit on global music charts, ranking 32nd on the main singles chart of “Billboard’s “The Hot 100” by Billboard and No. 6 on the UK Singles Chart.

The music‘s success lies in “unfamiliarity in the familiar,” Pinkfong CEO Kim Min-seok told a local media outlet. The rhythm is cute and bouncy, but the animals are sharks. Picking out a passage from classical music, or rearranging traditional children’s songs incorporating some K-pop elements, were ideas that Kim tried to realize in the song.

“Baby Shark’s Big Show!,” an animated preschool series, is expected to be released in the spring. The animation series will be coproduced by Pinkfong Company and Nickelodeon Animation Studio.