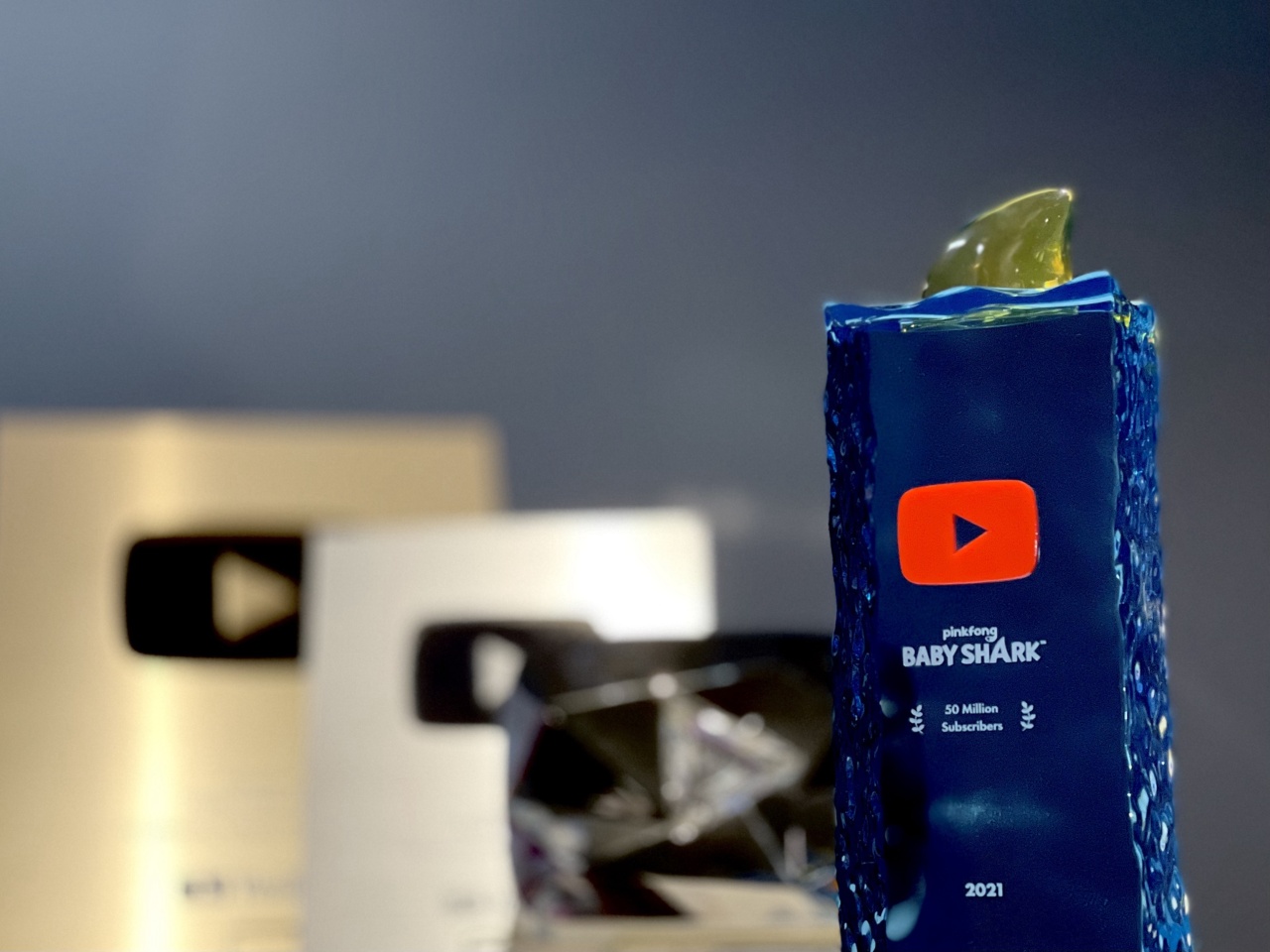 The Ruby Play Button, which is awarded to YouTubers with over 50 million subscribers, is custom-made instead of the usual plaque design for lower milestones. Pinkfong, which produces animated movies and clips featuring various children‘s songs, received an award shaped like a column of sea waves with a shark’s fin jutting out.

It is the first time that a Korean YouTube channel for kids has received the honor, according to SmartStudy, the company behind Pinkfong. K-pop sensations BTS and Blackpink also gained over 50 million subscribers on their YouTube channels.

Pinkfong received the Diamond Play Button, given to channels achieving 10 million subscribers, in August 2018. The number of subscribers has since grown by 30 percent annually, according to SmartStudy.

The English version of Pinkfong’s “Baby Shark Dance,” which became the most viewed video on YouTube with more than 7.03 billion views on Nov. 2, has over 9 billion views as of Thursday.

“We are now creating an animated movie using the character Baby Shark with Nickelodeon, the world’s largest kids entertainment channel. We are also producing the second animated series, and reinforcing the content for family viewers,” a SmartStudy official said.