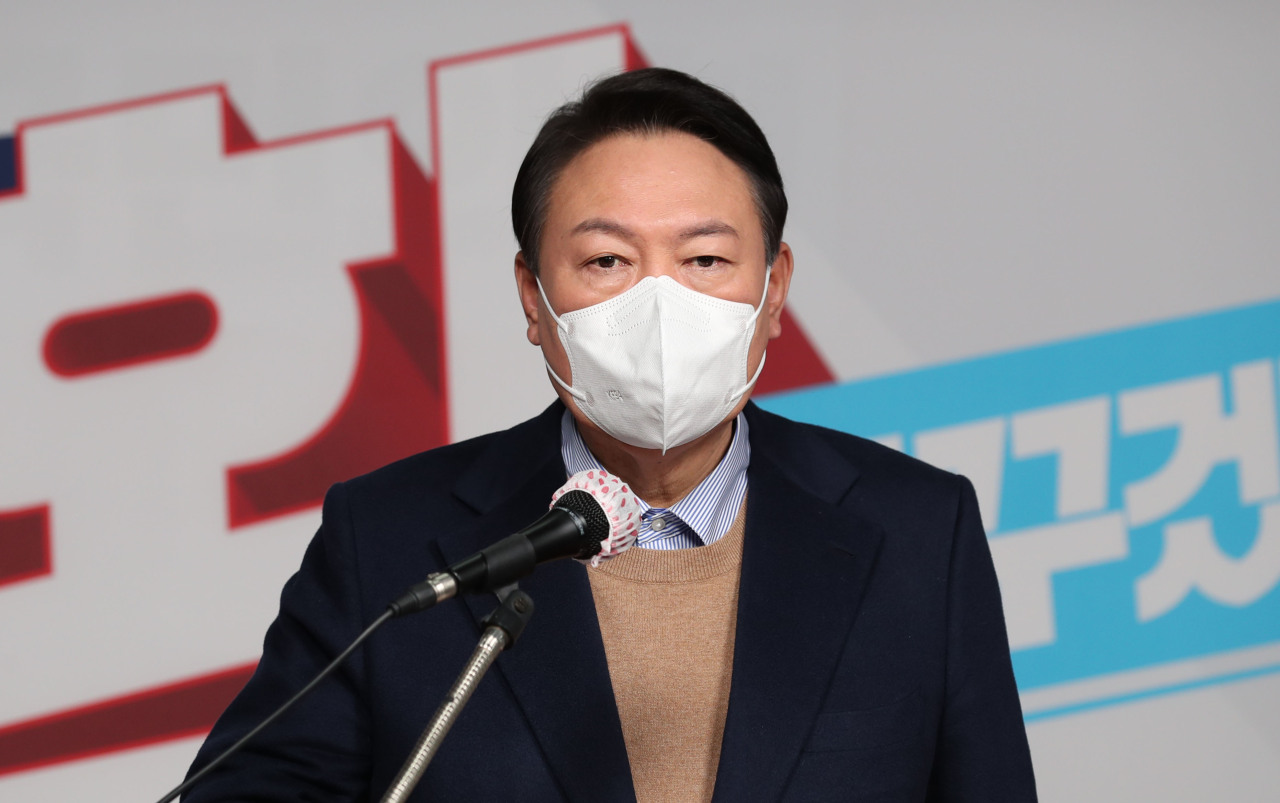 Democratic Party Chairman Song Young-gil announced that the party “honors” the president’s decision, which comes from “a constitutional right of the president.”

When asked if Song had met the president to discuss matters related to the special pardon, Song said he had not.

Ruling party presidential candidate Lee Jae-myung, who has been strongly against the pardon of Park, also said he respects the president’s decision. But, Lee also demanded Park to make another apology to her country on her release.

Politicians and presidential candidates from the opposition parties, however, showed rather different opinions.

Ahn Cheol-soo, the presidential candidate of the minor opposition People‘s Party said the pardon for the former president was an apparent attempt to compensate for the pardon of Han Myeong-sook, former prime minister during the liberal Roh Moo-hyun administration, and the parole of Lee Seok-ki, a former left-wing lawmaker convicted of instigating a rebellion to overthrow the South Korean government.

The People Power Party presidential candidate Yoon Suk-yeol, on the other hand, dismissed an argument that the special pardon for Park was a trade-off with exoneration of Han. Yoon also said he “welcomes” the special pardon.

Other politicians spoke of potential consequences and impacts that the special pardon will have in the future, particularly in the upcoming presidential election in March.

Hong Joon-pyo, a five-term lawmaker of the main opposition People Power Party, however, criticized the current administration’s decision to pardon Park, calling it a “political scheme.”

Hong argued that the decision to pardon only Park -- but not her predecessor Lee Myung-bak -- could divide and escalate tensions between pro-Park and pro-Lee factions in the major opposition party.

Kim Jae-won, a member of the People Power Party’s supreme council and a key member of a faction loyal to Park, also asked for complete amnesty and reinstatement of not just Park but also her predecessor Lee, who is also imprisoned on corruption charges.

Yoon, then a prosecutor, had a key role in undermining the legitimacy of the previous conservative government, as well as exposing its corruption, leading to her impeachment and imprisonment.