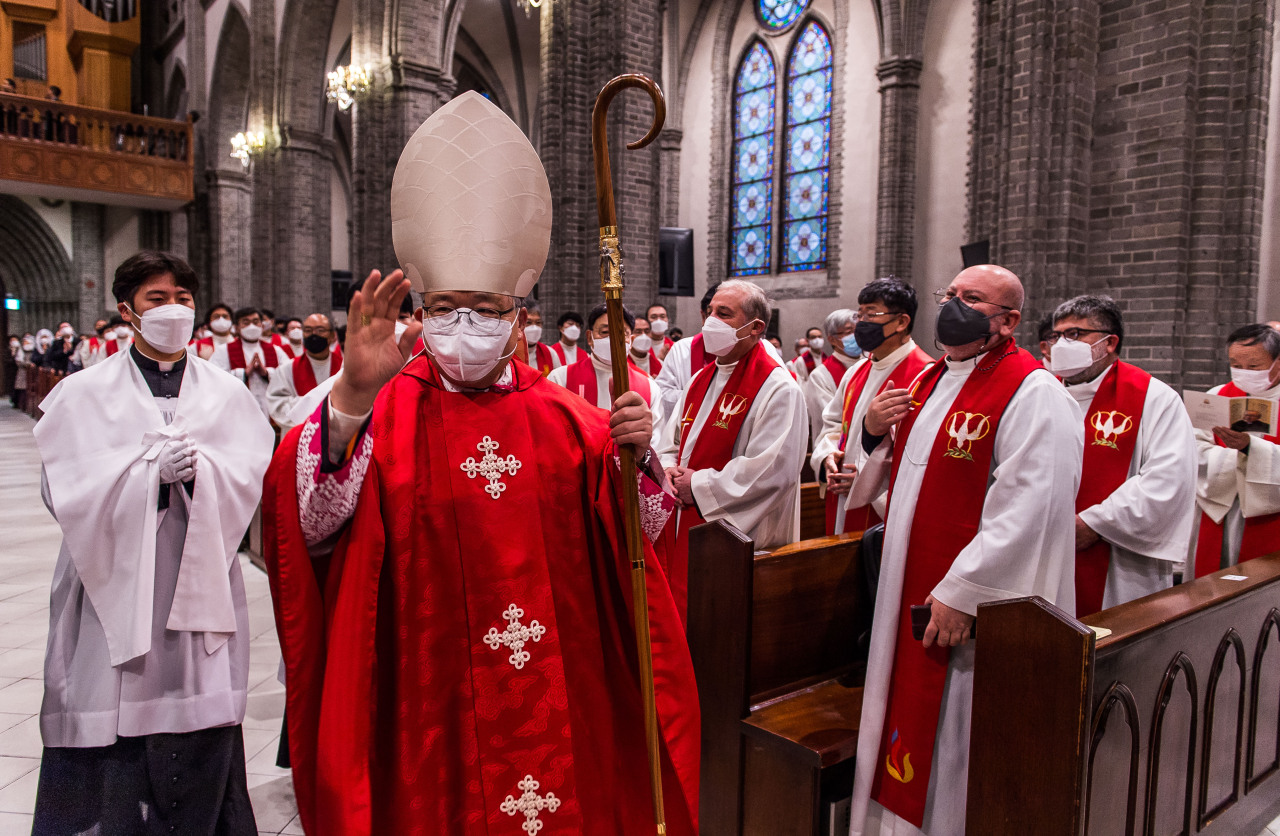 Cardinal Andrew Yeom Soo-jung walks to the alter at a Mass to mark his retirement on Tuesday. (The Korea Press Photographer Association)

Cardinal Andrew Yeom Soo-jung on Tuesday retired as the Catholic archbishop of Seoul, after some 10 years of service in the post.

Yeom, who also held the post of apostolic administrator of the diocese, Pyongyang of North Korea, will soon leave Myeongdong Cathedral and move to Bishop’s Hall at the Catholic University of Korea Songsin Campus in Seoul where many of the country’s priests are educated.

“Even after I leave the diocese, I will be grateful for every moment and pray for peace on the Korean Peninsula and our Church,” Yeom said during his retirement Mass Tuesday morning at Myeongdong Cathedral.

Archbishop Peter Chung Soon-taick will take Yeom’s place on Dec. 8, with a Mass to mark the inauguration, according to the Archdiocese of Seoul.

Yeom reportedly offered his resignation to Pope Francis in 2018, the year he turned 75, in line with the custom among Catholic bishops to tender their resignation to the Vatican upon reaching the age of 75.

The cardinal was born in 1943 to a family of Catholic martyrs in Anseong, Gyeonggi Province. Yeom graduated from the Catholic University of Seoul in 1970 and was ordained to the priesthood in the same year. In his 50 years of service, he has served many roles, including chairman of the Catholic Peace Broadcasting Corp. and president of local charity group Babo Nanum Foundation. He was consecrated as a bishop in 2002.