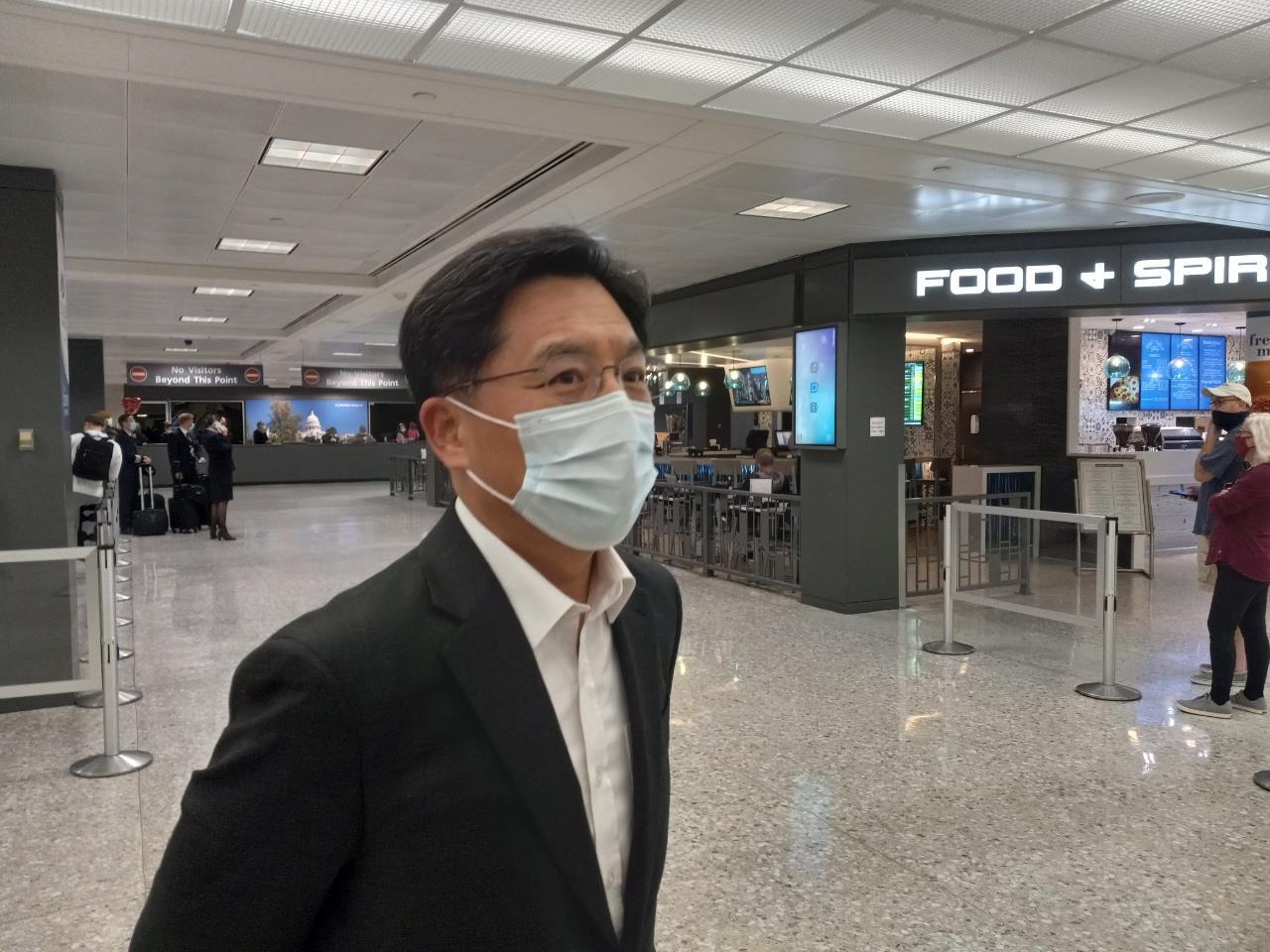 South Korea and the US are almost ready in their preparation to provide humanitarian assistance to North Korea, Seoul’s top nuclear envoy said Saturday, amid the allies’ efforts to revive stalled diplomacy with the recalcitrant regime.

Noh Kyu-duk, the special representative for Korean Peninsula peace and security affairs, made the remark upon arriving in Washington for talks with his US and Japanese counterparts on ways to bring the reclusive Pyongyang back to the table for the stalled negotiations.

Noh is scheduled to meet with Sung Kim, the US special representative for North Korea, on Monday, before they will be joined by their Japanese counterpart, Takehiro Funakoshi, for a trilateral session the following day. Noh and Funakoshi are also slated to hold separate bilateral talks Tuesday. The three held their last in-person talks in September in Tokyo.

In recent months, South Korea and the US have sought to provide humanitarian assistance to the North, with the US saying it supports aid to the reclusive nation regardless of progress in nuclear diplomacy.

Noh also added that a formal declaration to end the 1950-53 Korean War could also set a course for restarting the stalled talks with Pyongyang.

“I expect to hold more in-depth talks at the working level on various issues, including the end-of-war declaration,” he said. “(The declaration) is meaningful as a way into the talks for the complete denuclearization and lasting peace on the Korean Peninsula.”

The two Koreas are technically still at war, as the Korean War finished not in a peace treaty, but with an armistice agreement signed by the US-led United Nations Command, China and North Korea.

In recent weeks, South Korean President Moon Jae-in has been pushing for an end-of-war declaration -- which he has supported throughout his presidency -- arguing that such a declaration could encourage Pyongyang to give up its nuclear arsenal.

With just seven months left in Moon’s single, five-year term, the Moon government has been engaged in a last-ditch attempt to put the peace process back on track, even as Pyongyang upped the ante with missile launches.

The intelligence chiefs of South Korea, the US and Japan are also set to meet in Seoul this week for closed-door talks on North Korea.

Just last week, the top security advisers of South Korea and the US held talks in Washington, during which Suh Hoon explained South Korea’s proposal for the end-of-war declaration to Jake Sullivan.

A Cheong Wa Dae official said the US now has a deeper understanding of South Korea’s stance on the issue, and the two governments agreed to continue related discussions.

Noh’s Washington trip comes immediately after he held talks with Russian Deputy Foreign Minister Igor Morgulov in Moscow. During their talks Noh asked for Moscow’s cooperation in persuading Pyongyang to return to dialogue.

Denuclearization talks between Pyongyang and Washington have been stalled since the collapse of the Hanoi summit in 2019, when former US President Donald Trump rejected Kim Jong-un’s offer of denuclearization in exchange for sanctions relief. Since then, inter-Korean engagement has also remained largely at a standstill.