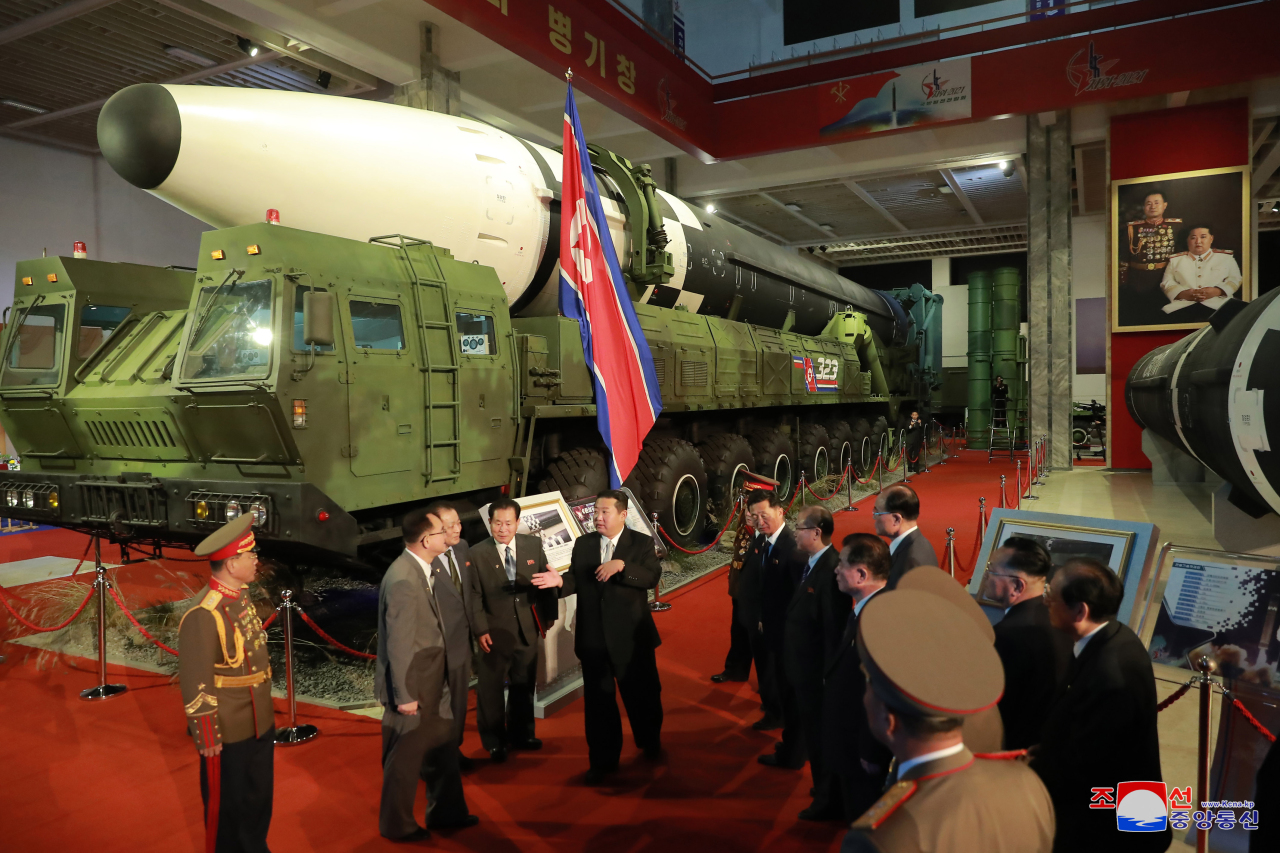 North Korea holds a defense exhibition in Pyongyang on Monday. (KCNA-Yonhap)
The US State Department said Thursday that the US is waiting to see if North Korea would respond to its offer to resume nuclear talks.

“We do stand prepared to meet with the DPRK without preconditions. We have made, in fact, specific proposals to the DPRK, and we will await a response,” spokesperson Ned Price said referring to the North’s official name, the Democratic People’s Republic of Korea.

Price, who did not elaborate on the specific proposals, said the status quo on dialogue does not indicate a standstill because the US is engaging with South Korea, Japan and other allies in the Indo-Pacific to discuss the threat of North Korea’s nuclear and missile programs.

Pyongyang, which last took part in talks with Washington in October 2019, held a defense exhibition Monday where leader Kim Jong-un reiterated commitment to bolstering the country’s self-defense, a reference he uses to back the regime’s expanding weapons development.

North Korea, which reached out to South Korea last week to reconnect hotlines after ignoring Seoul’s routine calls, has said Seoul and Washington should see its weapons tests as part of self-defense.

North Korea also demands the US loosen sanctions over Pyongyang and withdraw its troops from Seoul. South Korea and the US maintain a joint defense with 28,500 American troops stationed at Pyeongtaek, the largest US overseas military base.

But it is unclear whether the South Korean and US top security advisers, who met this week and reaffirmed support for dialogue, have worked out their differences in approach to North Korea. Seoul is willing to compromise on sanctions while Washington has stood firm on enforcing them.

The Ministry of Foreign Affairs said the top nuclear envoys from South Korea, the US and Japan will meet next week to discuss North Korea.