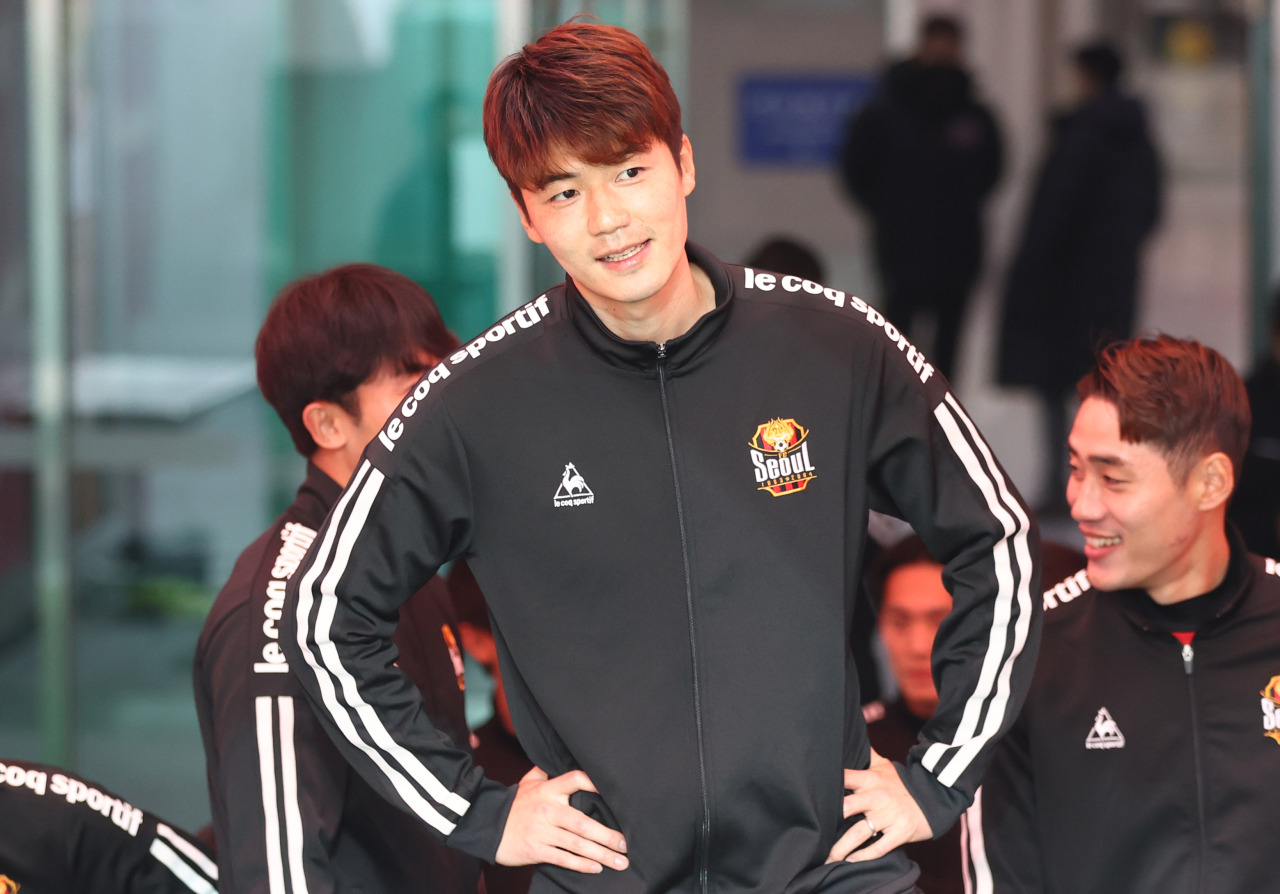 Ki Sung-yueng enters a K League 1 match against the Suwon FC at World Cup Stadium in Seoul on March 7.
Former national soccer team captain Ki Sung-yueng continues to face allegations that he sexually assaulted two of his elementary school teammates 21 years ago, as a television program aired interviews of the purported victims on Tuesday.

The two, who were themselves punished for school violence four years later in 2004, said they now realize that they should have sincerely apologized to their victims.

The two told MBC’s “PD Notebook” that Ki and another teammate, who were sixth graders at the time, forced them to perform oral sex on them at the team dormitory between January and June in 2000.

They said they could not say anything at the time as fifth graders because they wanted to become soccer players.

Ki has flatly denied the accusations since they were reported three weeks ago when Park- Ji-hun, attorney at the Seoul-based firm Hyun Law, put out a press release detailing the claims of his two clients.

The alleged accomplice also denied the sexual violence claims, saying they must have identified him because he was close to Ki.

About the violence they committed on other children when they were in middle school, one of the duo told the TV program that they were punished for their acts at the time, and “thought that was an apology.”

Ki said in an earlier press conference that he could not understand why they were using the media to spread their claims without talking about the evidence they claim to have.

Ki said he has delivered a message to the two that he could consider meeting them if they apologize and retract the news articles on their allegations.

Ki’s lawyer said all his side could do is call for the accusers’ legal responsibility for their wrongdoing.

Park said his firm has received “a lot of” related information after the press release went out, and if they disclose the evidence now, those who provide the information could reverse their statements due to pressure from Ki.

“It would be most fair to take the case to court,” Park said.

“PD’s Notebook” said they found a witness who saw what Ki did to Park’s clients, but they did not have the witness appear on the show as that person wished to testify in court.

The accusations against Ki follow a series of bullying charges against professional volleyball and baseball players in South Korea.

In early February, four volleyball players, including popular twin sisters Lee Jae-yeong and Lee Dae-yeong, were suspended indefinitely by their V-League clubs after admitting they had bullied teammates in middle and high school.