[ The Korea Herald – Send E-mail ]
[Newsmaker] Security adviser under fire for domineering manner
By Park Han-na
Published : Oct 4, 2019 - 16:54
Updated : Oct 4, 2019 - 16:54
A South Korean diplomat to the United Nations was required to kneel down in front of National Security Office Second Deputy Chief Kim Hyun-chong over a mistake that led to a missed engagement, a lawmaker said Thursday.

An error by a first secretary-level diplomat left Kim unable to attend a summit between Korean President Moon Jae-in and Polish President Andrzej Duda in New York on Sept. 23, on the sidelines of the UN General Assembly. 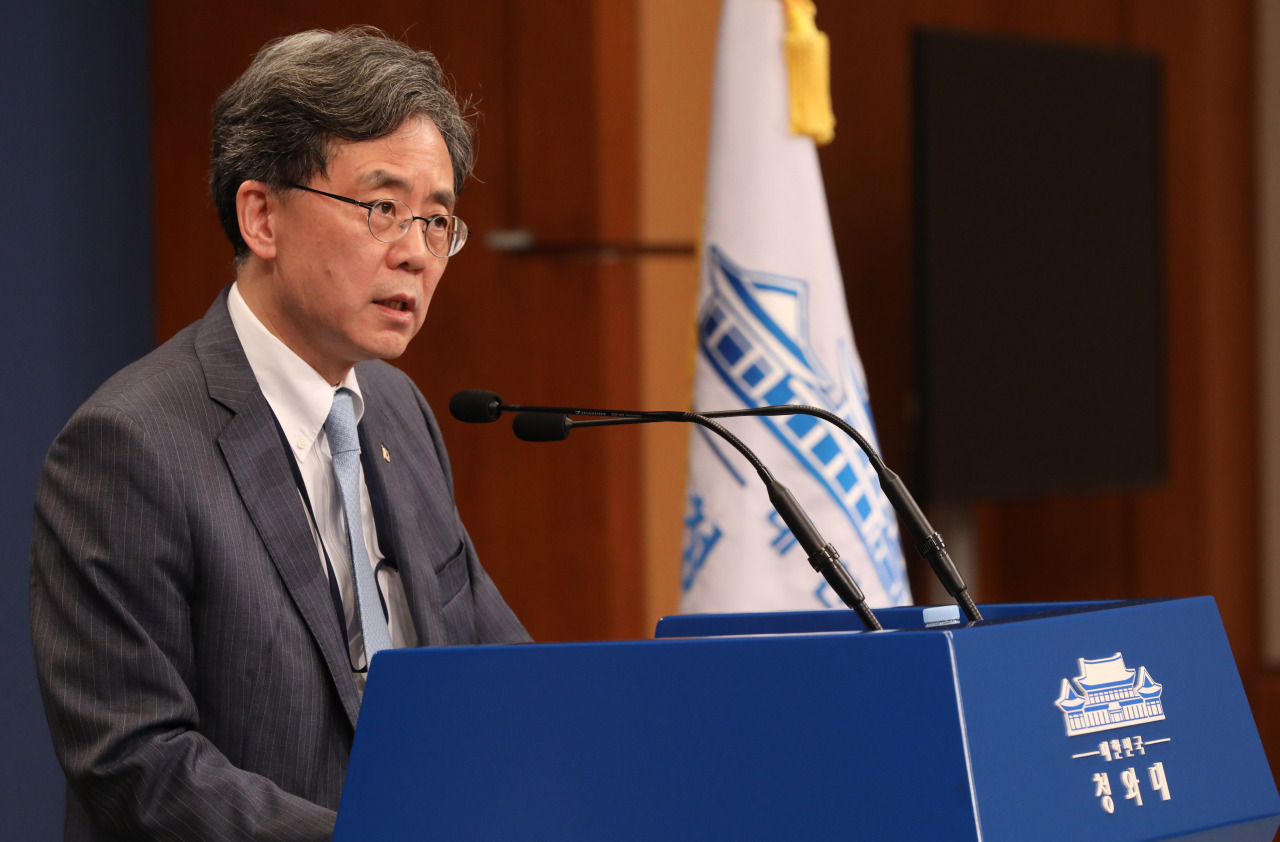 When asked by Chung if the presidential security adviser had severely berated him, the diplomat said Kim had pointed out his error, but denied any severe scolding had taken place.

“I would have reported (him) if I felt it unfair or if I felt uncomfortable in the situation, but no such thing happened,” the diplomat was quoted as saying.

Regarding Rep. Chung’s accusation, the Ministry of Foreign Affairs said, “It is difficult to explain the details.”

On Sept. 18, Kim blamed himself for his “lack of virtue” following news reports that he had had a fierce argument with Foreign Minister Kang Kyung-wha after Kim scolded a Foreign Ministry official during President Moon Jae-in’s visit to Central Asia in April.