Later in the day, Hannah MacGibbon at Chloe widened her color palette for a dynamic collection with varying shades of green, yellow and ― a popular color for the season ― bordeaux red.

McCartney designs for active women who prefer effortless elegance, and she delivered on Monday with structured yet fluid pleated ensembles in black or astro blue. 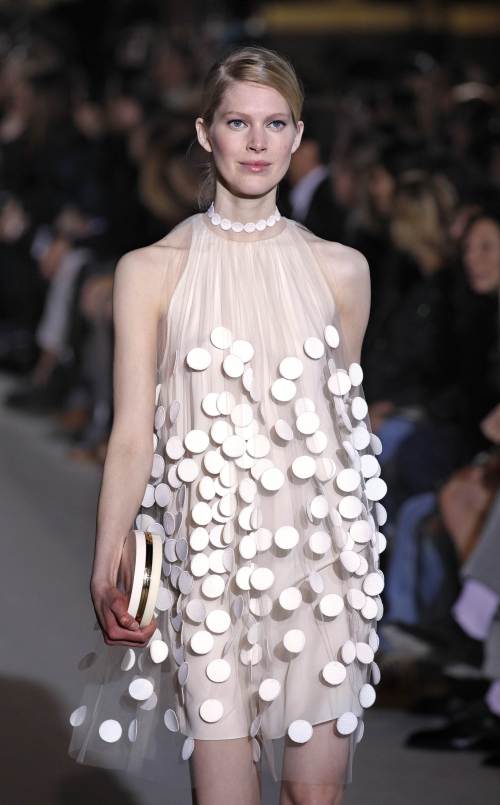 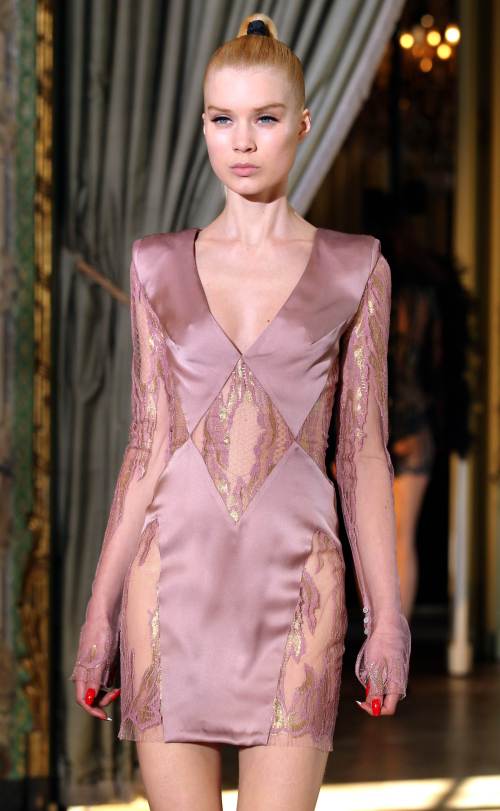 Giles Deacon. (AFP)
With her rock-star dad Paul McCartney and actor Liv Tyler in the front row, the designer also sent out an elongated bomber jacket with woolen sleeves and, in knitwear, an ankle-length turtleneck sweater dress in black.

For the evening, McCartney proposed layered separates with polka dots in varying sizes for graphic effect, and sophisticated figure-hugging dresses with high collars and sheer inserts along the sides.

The 39-year-old designer dedicated her show “to all my babies, husband, family and team,” and took her bow in simple jeans and blazer to the tune of the Beatles’ “For No One” before vanishing backstage to find her youngsters.

At Ungaro, Deacon ― an alumni like McCartney of London’s Central Saint Martins art and design school ― went in search of a woman’s inner sexuality in what he described as a “fetishistic” collection.

Extended finger nails in blazing red underscored the idea that the Ungaro woman is the one who calls the shots.