A return-to-work order for cargo truckers dedicated to carrying steel and oil was not on the table during a Cabinet meeting held Tuesday, as the striking truckers appear to be losing steam, and as cement supply across the country returns to a normal level.

At the Cabinet meeting, Prime Minister Han Duck-soo reiterated the administration's stance that the government will "not compromise with unlawful acts and take stern action against any violations by law and principle." But the orders that President Yoon Suk-yeol hinted at on Sunday, in addition to his executive order a week prior that affected some 2,500 cement cargo truck drivers at over 200 companies across the nation, were not on the agenda. The presidential office said later in the afternoon that the Cabinet's deferral of the order does not mean that the case has been closed, leaving room for additional discussion.

This comes as the domestic cement industry showed signs of moderate normalization with fewer truckers taking part in the collective action a week after the return-to-work order issued by the Yoon administration went into effect.

Major cement manufacturers Sungshin Cement, Hanil Cement and Asia Cement shipped 59,162 tons of cement combined from their factories in North Chungcheong Province on Monday -- 95 percent of the level before the trucker strike -- according to respective companies on Tuesday.

Additionally, container traffic on Tuesday morning through 10 a.m. reached 114 percent of the normal level across 12 sea ports in Korea, according to the Ministry of Land, Infrastructure and Transport.

Concurrently, the number of truckers on strike came to 5,300 as of Monday, down 45 percent from 9,600 on the first day of the strike two weeks prior, according to police Tuesday. The cargo trucker trade union has some 22,000 members.

Han told reporters in a briefing that the back-to-work order might again be on the agenda for the next Cabinet meeting, if necessary, should violations by unionized truckers continue, pledging to monitor the gravity of the effect of the protest on ordinary people and the impact to the national economy.

Han added the government is working to respond to the International Labor Organization, following complaints by unionized truckers over the viability of Seoul's return-to-work orders. 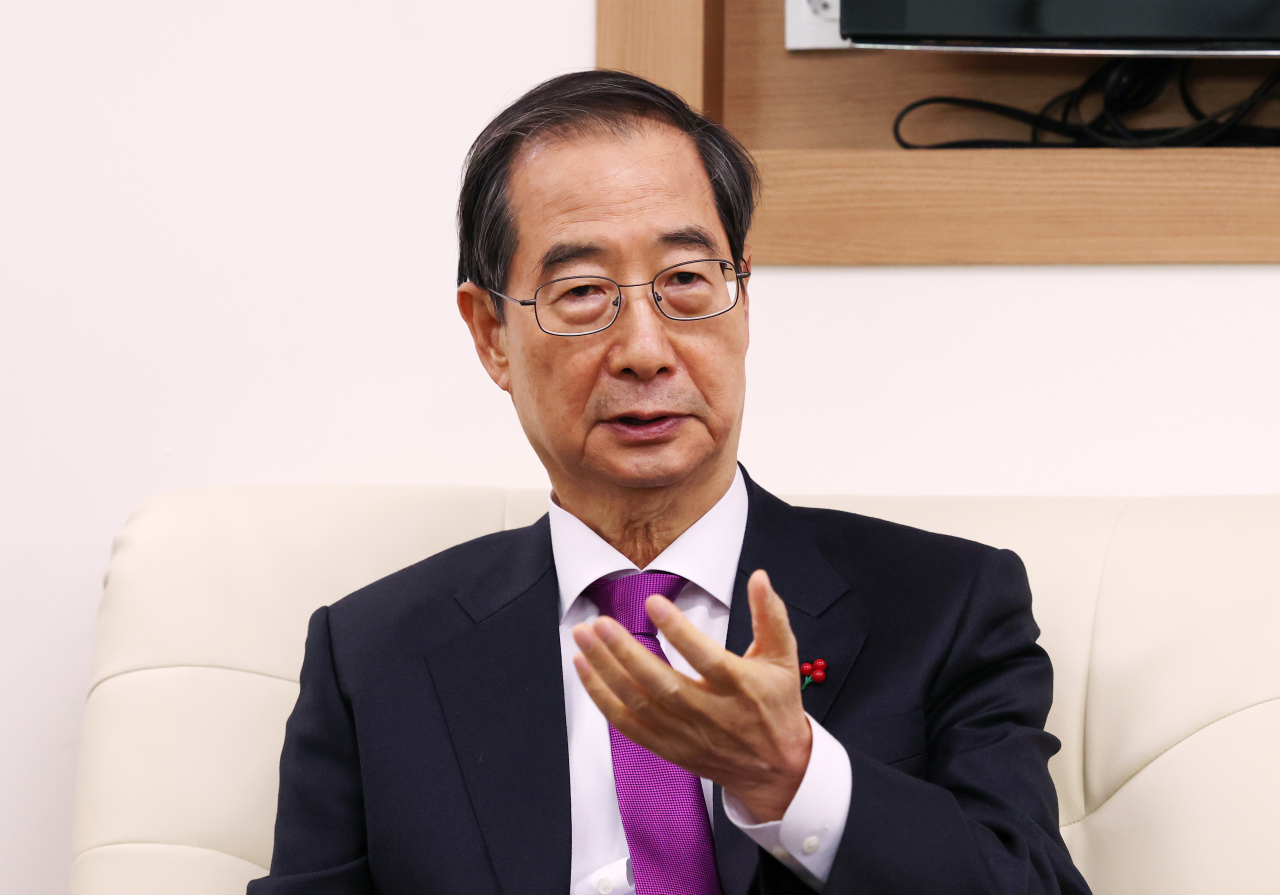 So far, the executive order has led to state-led investigations of 45 truckers out of 791 who received the letter, Transport Ministry data showed. Those who refuse to comply with the order are to be subject to a suspension of their trucker's license as well as criminal punishment of up to three years in jail or a fine up to 30 million won ($22,600).

Meanwhile, South Korea's steel and oil industries -- whose truckers are not subject to the state order -- are reeling from the impact of the unionized truckers' strike that has lasted for 13 days, as the supply disruption shows no signs of abating due to escalating tensions between the labor union and the government, data showed Tuesday.

According to data from the Korea Iron and Steel Association published Tuesday, the financial damage it suffered in the wake of the strike amounted to 1.2 trillion won ($912 million), stemming from a delay in a combined 920,000 tons of steel-related shipments by five steelmakers in Korea, including Posco and Hyundai Steel.

"The supply disruption could spill over to other industries dedicated to construction, carmaking, shipbuilding and machinery," read a statement from the steel industry advocacy group.

The Korea Petrochemical Industry Association also said in a statement Tuesday that the pileup of inventory in the petrochemical industry is putting petrochemical firms on the brink of suspension, which could cause them to lose out on a combined 123.8 billion won revenue on average daily, adding pressure on automotive firms and plastic goods manufacturers.

Separate data from the Korea National Oil Corp. showed that 81 gas stations were out of stock as of Tuesday at 2 p.m., down from 96 a day prior.

The unionized workers' strike, however, shows no sign of ending. The Korea Confederation of Trade Unions held nationwide rallies at 2 p.m. on Tuesday in 15 locations in a show of support for the unionized truckers.

Yet the collective actions have not proceeded at full throttle. A labor union at Posco parted from the second-largest national trade union in late November, as the truckers strike was ongoing, while workers at Daewoo Shipbuilding & Marine Engineering and Hyundai Steel have decided to minimize their participation in the general strike, citing a need to focus on their respective labor-management negotiations.