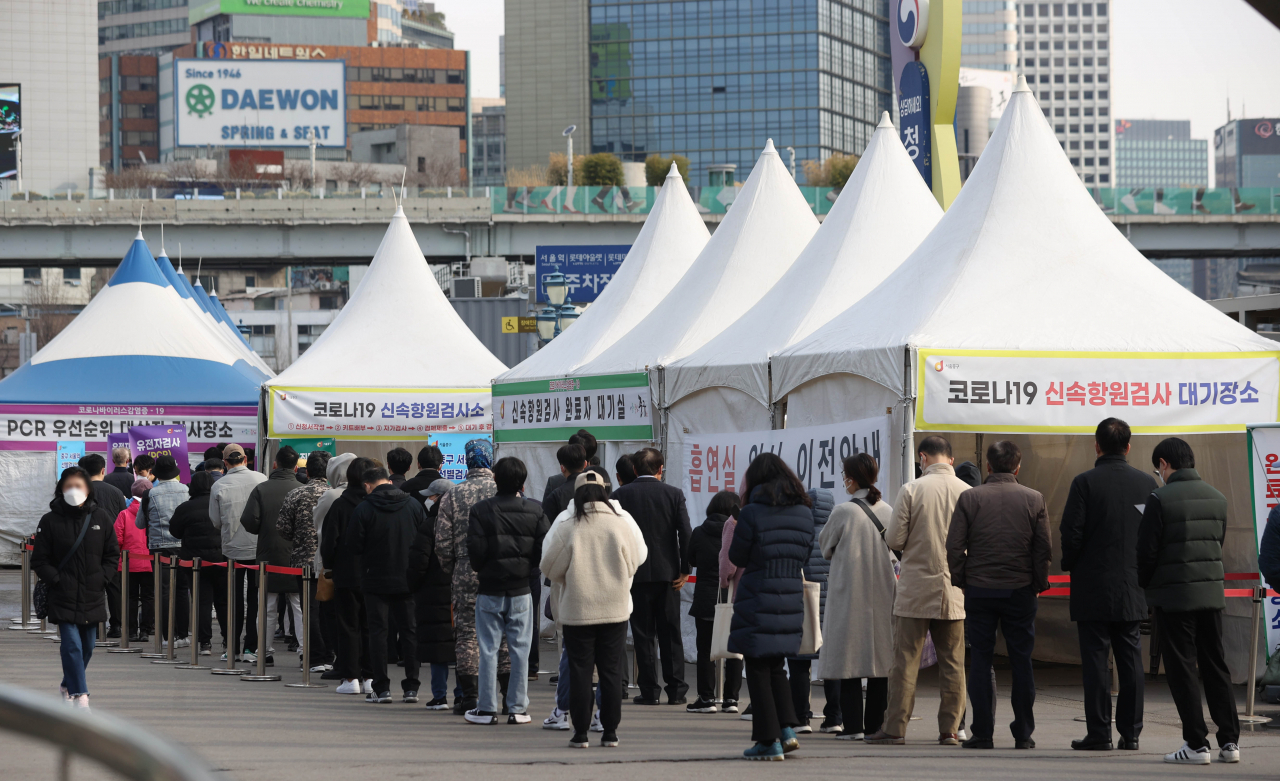 People line up for COVID-19 tests at a testing facility in central Seoul, Tuesday. (Yonhap)
South Korea's new COVID-19 cases spiked to near 500,000 on Wednesday, adding to concerns that infections continue to spike again as the accumulated caseload surpassed 10 million.

The country had reported 490,881 new COVID-19 infections as of midnight, raising the total caseload to 10,427,247, the Korea Disease Control and Prevention Agency (KDCA) said.

The total caseload breached the grim milestone of the 10 million mark Tuesday, meaning 1 out of 5 South Koreans has been infected with COVID-19.

The number of critically ill patients stood at 1,084, down 20 from the previous day.

The daily tally has remained over 1,000 for 16 days straight.

Despite an earlier estimate that the current pandemic could peak this week, health authorities cited the possibility of the current outbreak continuing due to the fast spread of the so-called stealth omicron, which has a 30 percent higher transmission rate than the original omicron.

They also cautioned against predictions that COVID-19 infections could be at their peak when 20 percent of the country's population is infected.

The number of people receiving at-home treatment stood at 1,827,031 on Wednesday, the KDCA said.

As of midnight Monday, 32.45 million people out of the 52 million population, or 63.2 percent, had received booster shots. Fully vaccinated people came to 44.46 million, representing 86.6 percent, the KDCA said. (Yonhap)