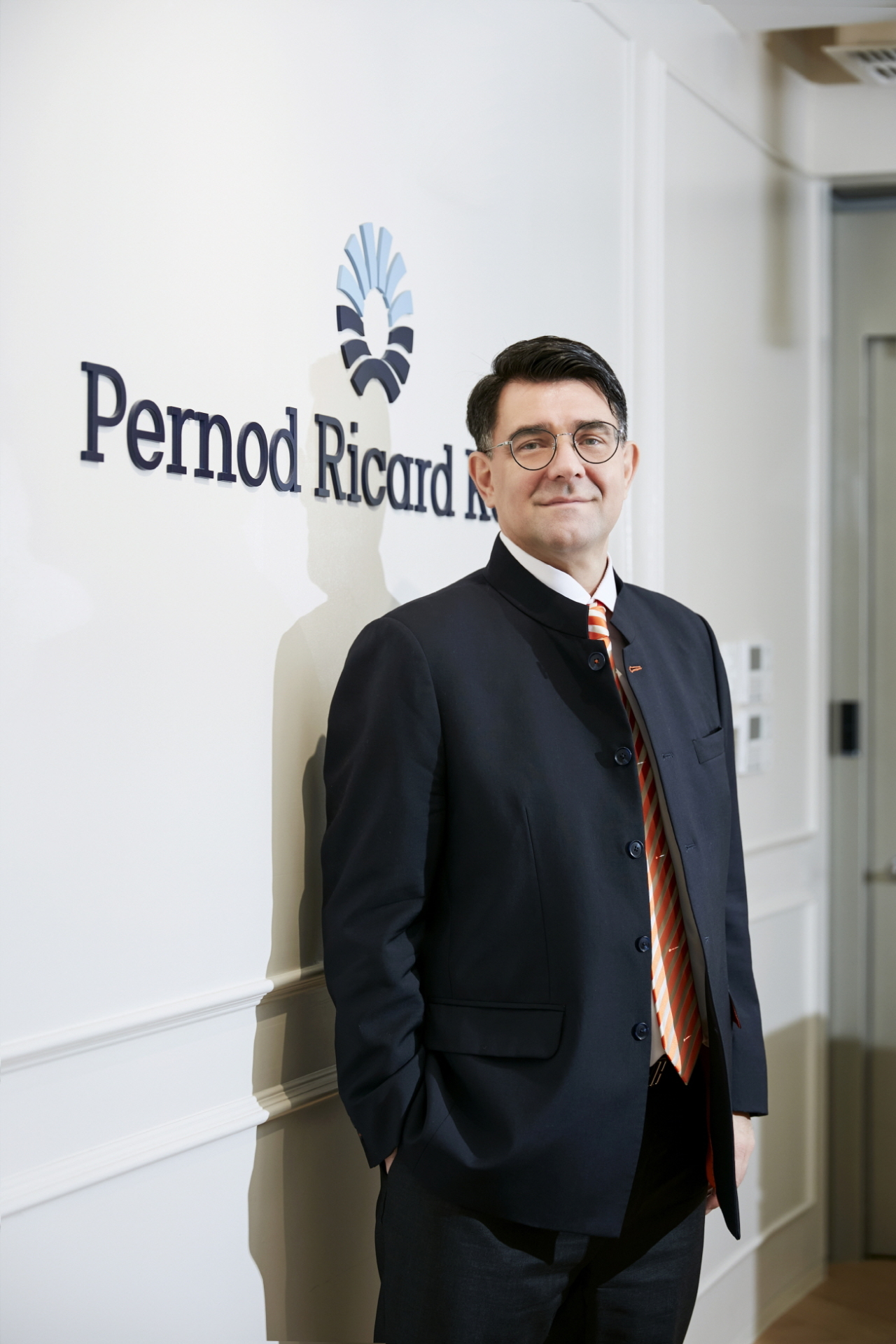 “Our sales and marketing teams have made great efforts to respond well to the growing needs of off-trade market and caught up rapidly to grab opportunities in line with new drinking patterns,” Hotton said in a written interview with The Korea Herald.

“In particular, I think the recent virus context was a period for discovery and indulgence as we all spent more time at home and received many more digital invitations for new experiences.”

Since Hotton took the head position at Pernod Ricard Korea in July, he said that he has seen many opportunities in the Korean market for the global company’s various alcohol lineups.

“Actually, quite surprisingly, K-culture hasn’t really yet impacted alcohol beverage innovation. I think Korean consumers are ready to pursue and experience new things and trends in our industry too,” he said.

He said his company could show creativity in the sector, citing the example of last year‘s Malibu and tteokbokki food pairing promotion.

“As a leader, Pernod Ricard must be the driving force to infuse more K-culture in consumers’ convivial experiences across our robust brand portfolio. Korea is probably one of the top markets worldwide for high-end aged whisky.”

Whether it be single or blended malt whisky, the demand for the high-end liquor has been growing in the country. South Korea’s annual whisky import jumped to $175 million (208.6 billion won) last year, the highest since 2015, according to the Korea Customs Service’s trade statistics. It was about 32 percent increase from 2020 when the country’s whisky import hit the lowest since 1999.

“I think there is a ‘Korean dynamic’ ready to blossom. The demand for single malt whisky is booming with consumers enjoying the variety of tastes and aroma from different distilleries and aging processes,” he said.

“Of course, Ballantine’s is at the core of our strategy but Royal Salute, the Glenlivet and Chivas Regal are already strong flankers. As a leader, this is our duty to pave the way for the future of whisky consumption across generations.”

Joining the global wine and spirits company in 1995, Hotton has years of experience in marketing, sales, commercial and brand development under his belt. Before coming to Korea, he served as the managing director at the Hong Kong and Macau branch for seven years.

The CEO also highlighted the company’s initiative to launch the program called “the bar world of tomorrow” this year, aiming to educate bartenders and bar owners on how to run their businesses in a more sustainable and responsible way.

“We plan to train hundreds of bar staff starting this year and further accelerate in the future. In Korea, PRK ambassadors are currently trained to launch the program, and in January, education will be conducted with influential bartenders,” he said.