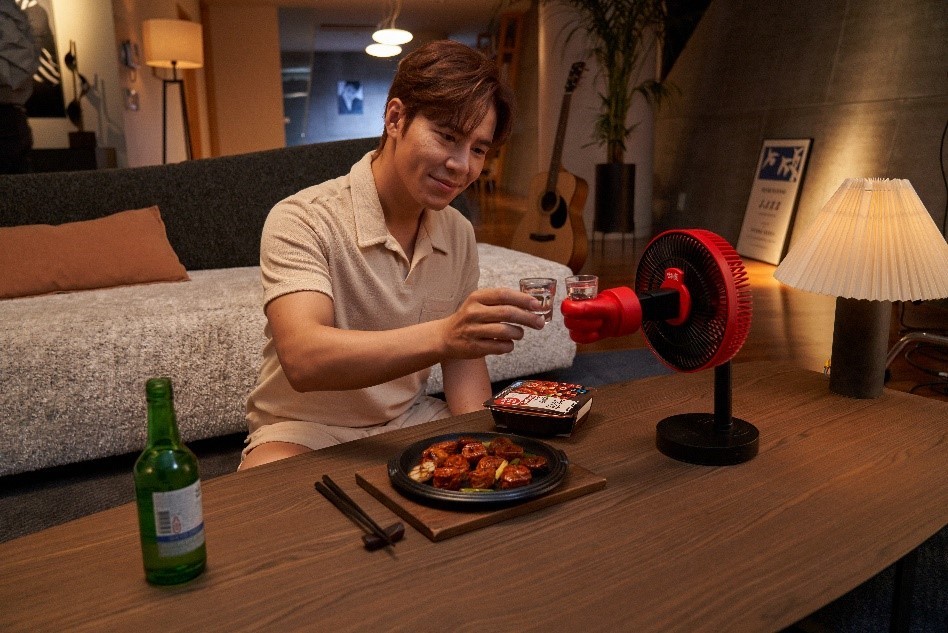 A screen-capture image shows the “Anjuya” advertisement from Daesang. (Daesang)
An advertisement campaign from Daesang took home two honors at the Korea Advertising Awards this year, according to the food company on Sunday.

Founded in 1994, the Korea Advertising Awards are considered the most prestigious awards in the industry here. Some 2,000 advertisements are submitted for consideration each year, the organizers said.

An advertisement series of Daesang’s “Anjuya” products -- ready-made side dishes to be paired with alcohol -- received two nominations. The campaign was created by advertising agency the.Watermelon.

The video features an actor drinking alone next to an electric fan with an outstretched miniature hand holding a glass of soju, after a stressful day at work.

The judges said it gave high marks for the advertisment’s witty delivery and its message that suggested a safe and fun way for consumers to enjoy drinking alone in the COVID-19 era.

“As a leading brand in the local anju market, we will continue to communicate with consumers,” a Daesang official said.

Videos of the advertisement can be viewed on the Korea Advertising Awards official website.