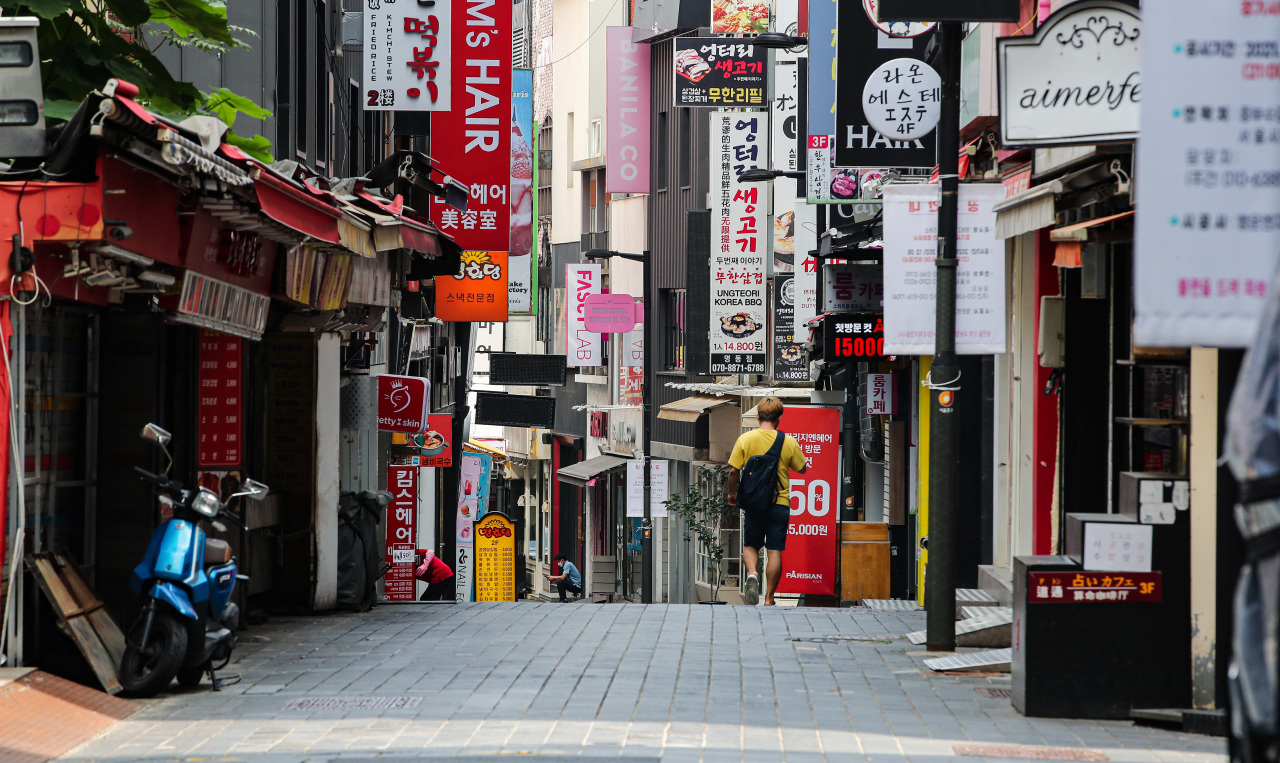 South Korea’s front-line medical workers and experts say the way the fourth COVID-19 wave has unfolded here is largely a repeat of previous waves, and that the country has landed itself in a preventable mess by failing to learn from past mistakes.

“Lessons are going unlearned,” infectious disease specialist Dr. Eom Joong-sik at Gachon University Medical Center, which has been designated by the government for serious COVID-19 cases in Incheon since February last year, said of the latest wave.

Eom said just a few weeks ago, in mid-June, the government officials in charge of the pandemic response had told hospitals across the country to reduce the number of beds set aside for COVID-19 patients.

“They told us we won’t be needing as many beds, and that they were running low on budget. So there wasn’t much protest from the hospitals,” he said. COVID-19 beds were not well compensated, and they were posing a financial burden to medical institutions small and large anyway.

The hospital where Eom works reduced its COVID-19 beds from around 160 to 90 a few weeks ago, accordingly. But now it’s having to reinstall them and relocate non-COVID-19 patients who have taken up the freed-up beds -- a similar situation that hospitals faced in the last wave, and the wave before that.

Last year, just as winter approached, hospitals on the front lines were told to get rid of most of their COVID-19 beds, only to bring them back again as soon as the third wave hit. “It’s like I’m having flashbacks. Korea is learning nothing from the previous waves that it’s suffered,” he said.

Eom said he is already expecting some 20 newly diagnosed patients stranded without a bed in Seoul, which is 27 kilometers from the hospital in Incheon, for just the next day. He said it was “preposterous” that patients in some medically well-served neighborhoods such as Gangnam have to travel all the way to Incheon to find a bed.

“The officials in charge of making COVID-19 decisions got it wrong. They failed to anticipate the possibility of another surge in infections,” he said.

Dr. Jung Ki-suck, formerly director of the Korea Centers for Disease Control and Prevention, says “warning cues were ignored” in the weeks leading up to the current wave. In May and June, one-day records were shattered on a number of Mondays, when patient numbers typically fall due to fewer tests taking place, for instance.

He also accused the government of easing out of COVID-19 countermeasures too early when not enough of the population is vaccinated with the rollout stalling. As early as June 4, the government said that the size of the outbreak in Korea was “forecast to get smaller in late July and early August,” and pushed ahead with summer reopening widely advertised as “return to more normal.”

“Every wave we’ve seen has been preceded by policies and public messaging from authorities that encourage less social distancing,” he said.

“Korea is not vaccinated enough to be talking about getting back to normal. Surely, that’s where we are headed, but it’s just too soon,” he said. “Had we waited just a bit longer until most adults aged 50 and older are at least partially vaccinated, yet another resurgence, the kind of which we are seeing now, could have been avoided.”

As of the latest update on Monday, 30 percent of Korea’s 51 million people had received at least one dose of a vaccine. The percentage of people who are fully vaccinated stood at just 11 percent. For the past week, an average of 90,000 doses were administered a day.

The Ministry of Health and Welfare’s spokesperson Son Young-rae told reporters Monday there was no bed shortage in the capital, despite patients there staying home or being moved to facilities elsewhere. Back in December, Son had insisted medical systems were “coping well” as patients died waiting for beds.

In response to criticisms the rollout was slowing, he said “the vaccination campaign is proceeding on schedule.”  He added that as vaccinations speed up the “inconveniences causing the public by intensive social distancing were expected to be minimized soon enough.”

But on Monday afternoon, the vaccine booking for 55- to 59-year-olds, who are finally due to become eligible for their first doses on July 26, came to a full stop after supplies reserved for them ran out. Complaints poured in as there have been no mention of the vaccines being in limited supply or the slots filling up on a first-come, first-served basis in previous announcements. Monday was only the first day of booking for people in this age group.

Son of the ministry also maintains that the impact of variants of concern, including delta, initially found in India, is “minor” in Korea, saying they are “not the dominant strain here.”

“The variant cases are being managed,” he said. In the weekly official report, delta, which is at once more transmissible and resistant to vaccines, made up nearly a quarter of all identified variant cases here.

In response to reporter inquiries, Son pointed to an “increase in social contacts before the social distancing regulations were lifted” as the cause of the fourth wave. He once again defended the decision to open up most parts of the country on July 1, saying “vaccinations have progressed enough.”

“But in the process the necessity of remaining vigilant was probably not well communicated to the public,” he added.

Dr. Kim Woo-joo, a top infectious disease expert who played a key role in Korea’s fight against past epidemics, said, “There’s a pattern to be derived here -- our leaders keep denying and refuse to acknowledge the worrying signals until it is too late.”

The bright side is that the cases do not seem to be spiking exponentially so far, but instead growing steadily in the 1,200 range, after making a sudden jump from the 700s earlier this month, he said.

The lessons from the recent flare-ups in countries with the most successful vaccination campaigns, like the UK and Israel, were clear, he said. Korea was poorly prepared, with its age-based rollout still doling out first doses to people in their 60s to early 70s.

“We can’t let our guard down until vaccines reach enough of us. It’s not over until it’s over,” Kim said.