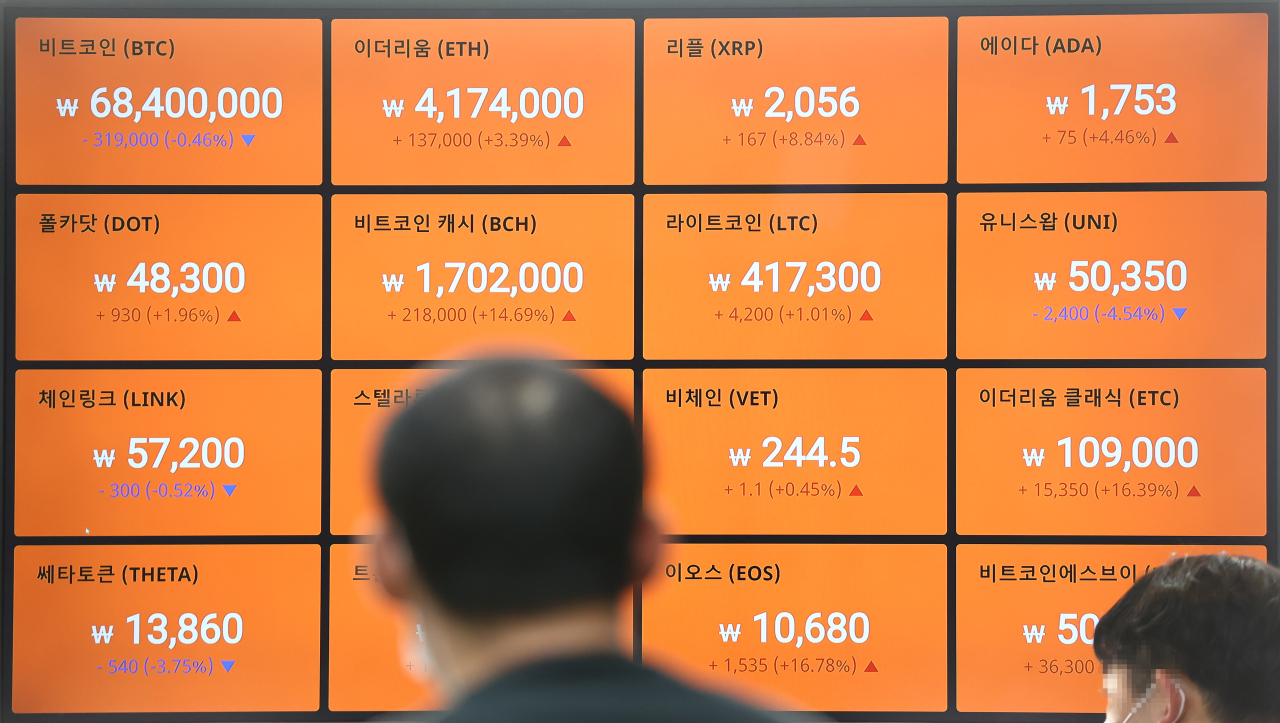 A digital board at Bithumb shows cryptocurrency prices on Thursday. (Yonhap)
South Korea’s bank association has recently advised its members to count the number of altcoins in order to gauge the trading capacity of an exchange, in an apparent move to reduce exposure to risks the minor cryptocurrencies are witnessing, industry sources said Monday.

“One of the criteria that we recommend is the safety of digital assets and that can be measured by the number of digital coins on an exchange. If an exchange deals with too many digital assets, it takes on more risks,” said an official at the Korea Federation of Banks.

The KFB’s recommendation came as the transaction volume of altcoins, referring to digital coins other than the largest Bitcoin, at local exchanges soared to around 95 percent.

There are more than 150 digital coins listed on each of the three largest cryptocurrency exchanges -- Upbit, Bithumb and Coinone.

The revised Act on Reporting and Using Specified Financial Transaction Information requires all trading between Korean won and cryptocurrencies to be via real-name accounts issued by local banks. Local banks have to monitor the financial soundness of cryptocurrency exchanges that they want to forge partnerships with.