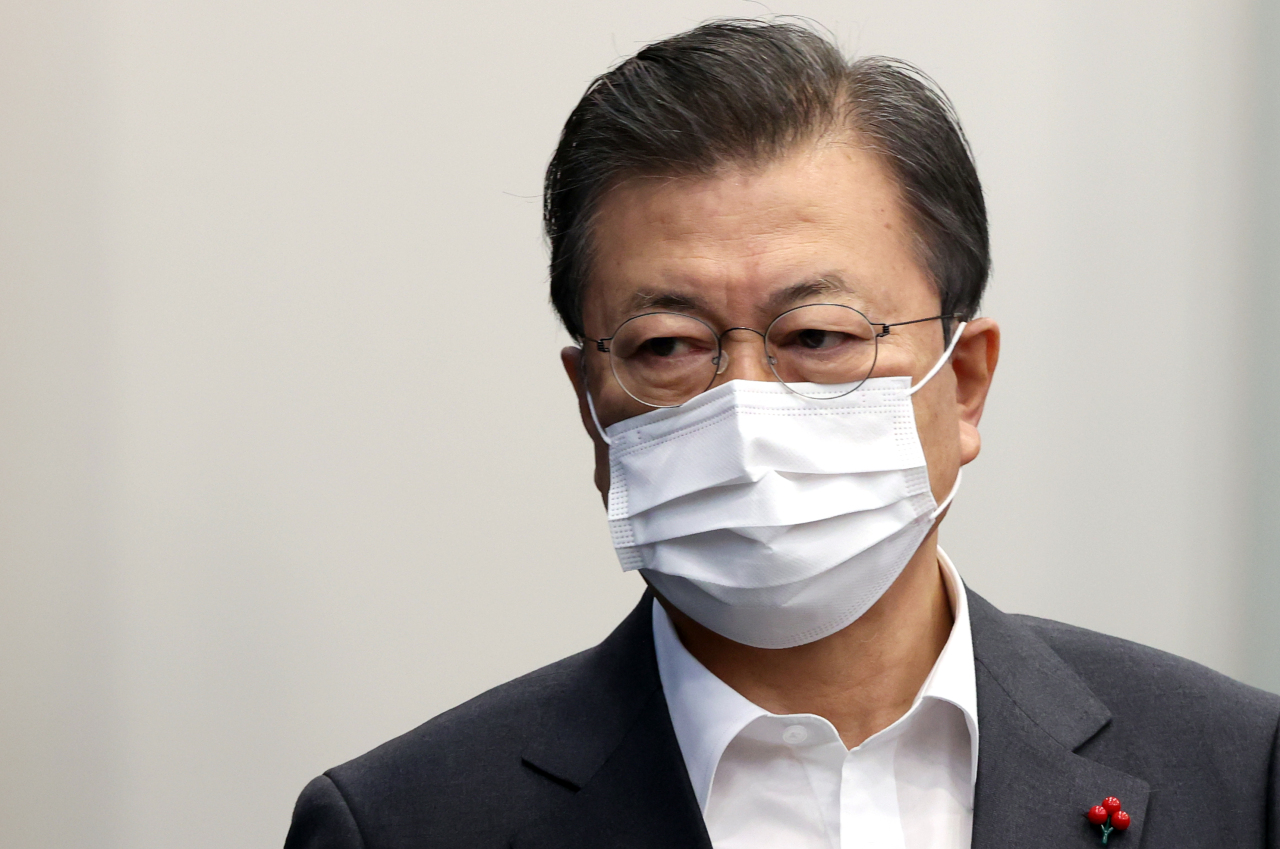 On Monday, the president was hosting a New Year’s press conference when a reporter asked him what the government was doing to prevent child abuse, in light of the recent death of a 16-month-old toddler who allegedly suffered months of abuse at the hands of her adoptive parents.

After unveiling a new set of guidelines to protect children from abuse, the president went on to say that the government also needs to improve the nation’s adoption system.

“Even after adoption, the adoptive parents need to check if the adoption is working out for them. So there should be complementary measures allowing them to cancel the adoption or if they still want to adopt a child, they should be able to change the child,” he said.

Civic groups representing single parents and adoptees held an urgent press conference in front of the presidential office the same day, calling for an apology from Moon and for changes to the current adoption system, saying it serves the interests of adoption agencies, not children.

“Moon’s comments are no different from those of adoption agencies who treat adoption as business trade,” Jeon Young-soon, head of a single parents’ association, told reporters.

Former Rep. Na Kyung-won of the People Power Party also urged Moon to take back his words, saying, “For adopted children, the most horrific ordeal is being abandoned again by their adoptive parents. Moon made a serious slip of the tongue.”

But Cheong Wa Dae denied that was the case, saying Moon was referring to a grace period before an adoption is finalized, when potential adopters care for a child as foster parents. Foster care systems are in place in countries like France, the UK and Sweden, it said.

Moon’s spokesperson Kang Min-seok elaborated in a radio interview Tuesday morning, saying Moon’s comments had been taken out of context.

“I wonder how such thinking is possible,” he said of the politicians who had accused Moon of equating adoption with shopping for a child. “The foster care system aims to check if the child fits the adoptive family. Other countries also adopt the system that requires adoptive parents to take care of the child for more than six months.”

When asked whether Moon’s wording was appropriate, regardless of his intentions, Kang said, “You can understand his intentions considering the whole context. I think that could have been better expressed.”

Possibly with the aim of soothing public sentiment, the ruling Democratic Party of Korea on Tuesday rushed to announce that it plans to seek legislative changes to require foster parenting for all would-be adoptive parents.