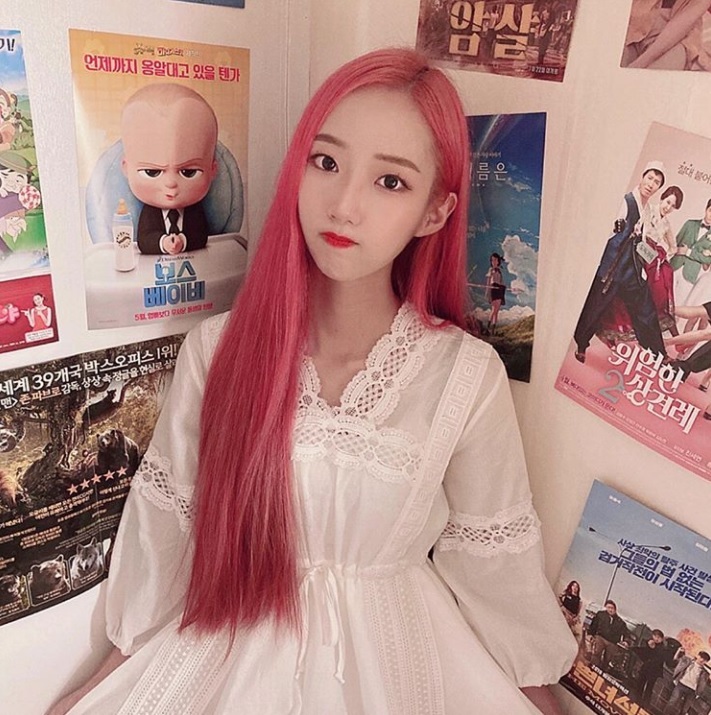 Former K-pop group ILUV member Minah (Instagram)
Minah, formerly of K-pop group ILUV, was found attempting suicide on the Seongsan Bridge in Seoul around noon on Wednesday, according to the police.

The singer posted, “What I am thinking right now. I want to disappear,”on her social media before going to the Han River.

On Thursday, Minah, via social media, pleaded for people to stop posting negative comments about her. She also posted a video showing her former agency WKS ENE commenting on her YouTube video a web link that directed to the definition of the word “pathological lying.”

“Please believe me. I have never lied once. I hope no victim like me is ever made again,” said Minah on Thursday.

It was the latest development in an ongoing exchange of accusations online between Minah and her former ILUV bandmates, as well as with the group‘s agency WKS ENE.

Minah had gone to a Han River bridge once before, on July 15, but was rescued by police.

The dispute between Minah and ILUV came to light when Minah posted on her Instagram on July 14 that the agency had requested she keep secret some things that took place while she was part of the group. On July 13, Minah announced that she had left ILUV and WKS ENE for good, saying she was suffering from depression, insomnia and a panic disorder.

Minah said that her bandmates bullied her, slapping her in the face, sexually harassing her and blowing cigarette smoke at her, among other things.

WKS ENE denied all of Minah’s claims and sued her for defamation, obstruction and theft on July 30.

On Tuesday, Minah posted that she was suffering from weight loss after her former agency sued her for additional charges. However, WKS ENE refuted the claim, saying that it had not brought additional charges against her since July.