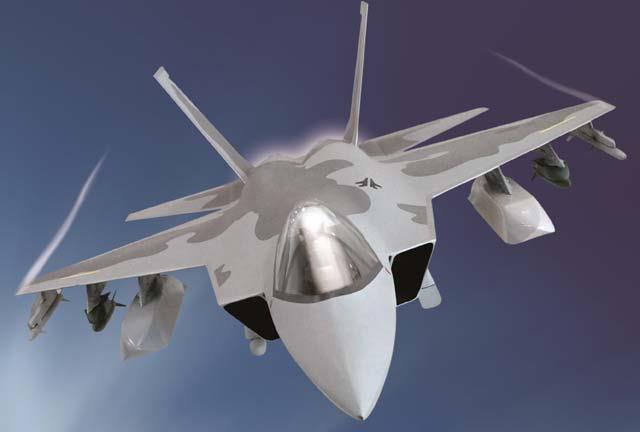 Korea Aerospace Industries said Wednesday it will finalize the assembly of its next-generation KF-X fighter jet in the second half of this year.

South Korea’s sole aircraft manufacturer is currently assembling each of the top, middle and bottom parts of the fuselage of its fifth-generation fighter and the final assembly is scheduled for the second half of the year.

"To introduce a prototype next year, KAI is looking forward to a final assembly of the jet in the period,” a company official said.

“Also, we have received 15 engines from General Electric to power six prototypes, with each requiring two engines. The remaining three are spares.”

KAI selected GE Aviation in May 2016 to supply the F414-GE-400K engines for the KF-X fighter. The multirole KF-X jet, a $7.4 billion project, is being designed and built by KAI.

The KF-X aircraft will replace Korea’s F-4D/E Phantom II and F-5E/F Tiger II fleet. The development program is scheduled to be completed in 2026, while flight testing will occur in 2023. A total of 120 KF-X aircrafts are scheduled for production for the Air Force. GE Aviation will provide 240 F414 engines plus spares.