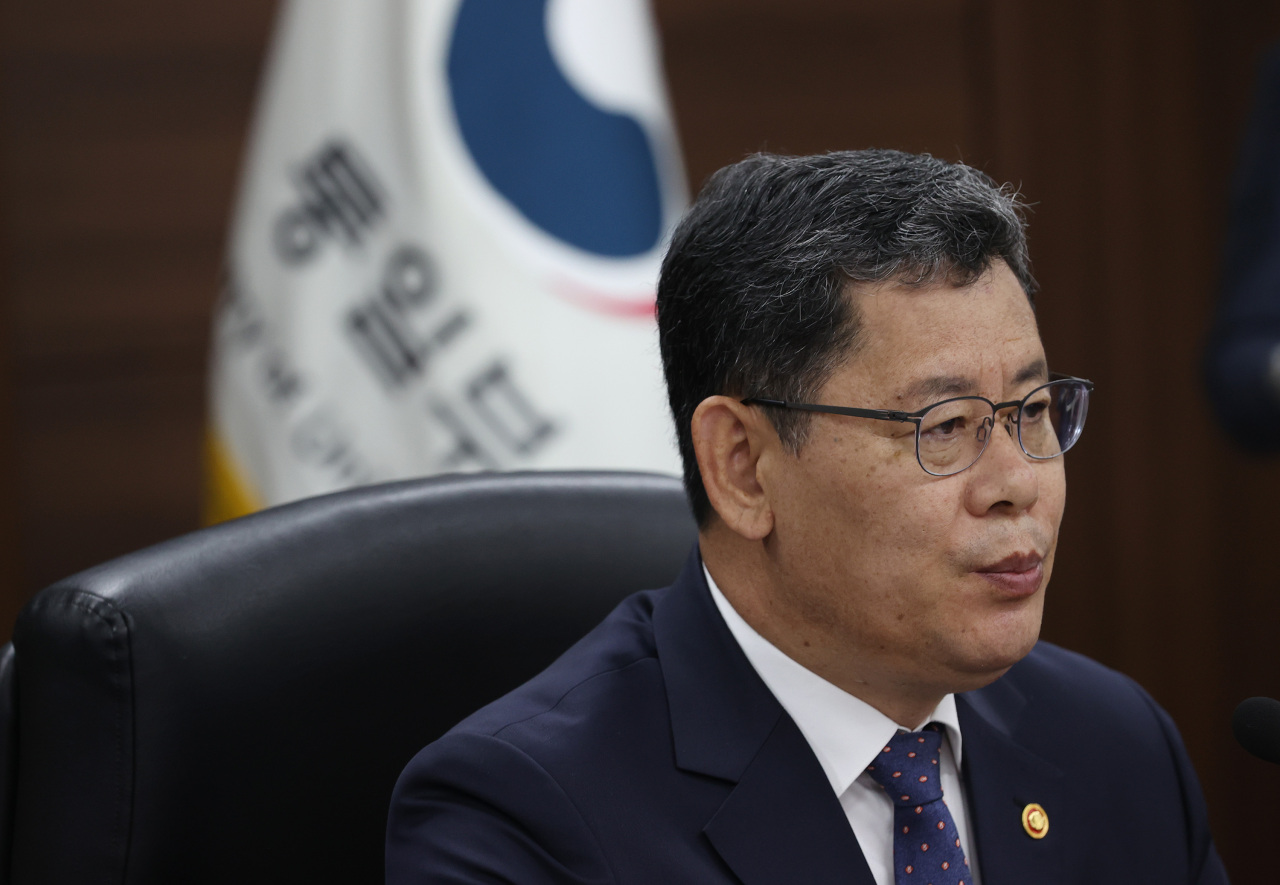 “The coronavirus has affected not only our daily lives but also inter-Korean relations and the political landscape of the peninsula in various ways,” Kim told reporters during a press conference held in Seoul.

“The ministry is preparing ways to tackle such unconventional security threats. But most importantly, within the public health perspective, we need to establish a joint response system with North Korea against infectious diseases.”

Kim emphasized the need for Seoul to shift from one-sided assistance to working with Pyongyang to tackle infectious diseases, natural disasters and other common threats. This kind of coordinated response would require the exchange of information between the two Koreas on matters such as quarantine and preventive steps, as well as technological cooperation.

The two Koreas could join hands on the development of new medicines, Kim went on, considering the abundance of wild plants and flowers in the North that are used for herbal medicine. “We can start that with a joint inspection on wild plants, which was done before in the past.”

Addressing concerns that such medical projects would be difficult to carry out under the sweeping US-led sanctions currently in place against Pyongyang for its nuclear and missile programs, the minister expressed confidence about the prospects of sanctions relief.

“A global consensus has been created that the sanctions should not pose an obstacle in the process of overcoming the coronavirus crisis,” he said, adding that the UN had recently granted sanctions relief to allow the prompt movement of essential equipment such as coronavirus test kits.

Kicking off the year, South Korean President Moon Jae-in expressed a firm commitment to cross-border cooperation. But no meaningful progress has been made, largely due to the coronavirus outbreak here.

North Korea has not shown any interest in the proposal either, amid deadlocked denuclearization negotiations between the US and North Korea.

Still, Seoul is determined to do what it can on its own to advance the planned projects, rather than waiting for Pyongyang to respond, the minister said.

The ministry is seeking to resume tours to the inter-Korean border village of Panmunjom, suspended last September due to the outbreak of African swine fever.

“I think around June a trial tour with a small number (of visitors) may be possible,” he said. “We have improved security in various areas of (Panmunjom), he said, in light of public concern about a recent gunfire exchange between the North and South across the Demilitarized Zone.

On the deadlocked denuclearization talks between North Korea and the US since their summit in Hanoi collapsed last year, Kim said the talks needed to resume.

Addressing the recent widespread speculation about North Korean leader Kim Jong-un’s health -- with some media reports even saying he was gravely ill or dead -- the minister emphasized the importance of being responsible when dealing with information concerning the reclusive regime.

“We have witnessed how fake news can have an impact on the stock and financial markets. When analyzing intelligence, we have to make judgments with prudence and strictness, taking into account how it will impact the political landscape and the economy,” he said. The minister added that it was critical to be able to analyze intelligence within the proper context.