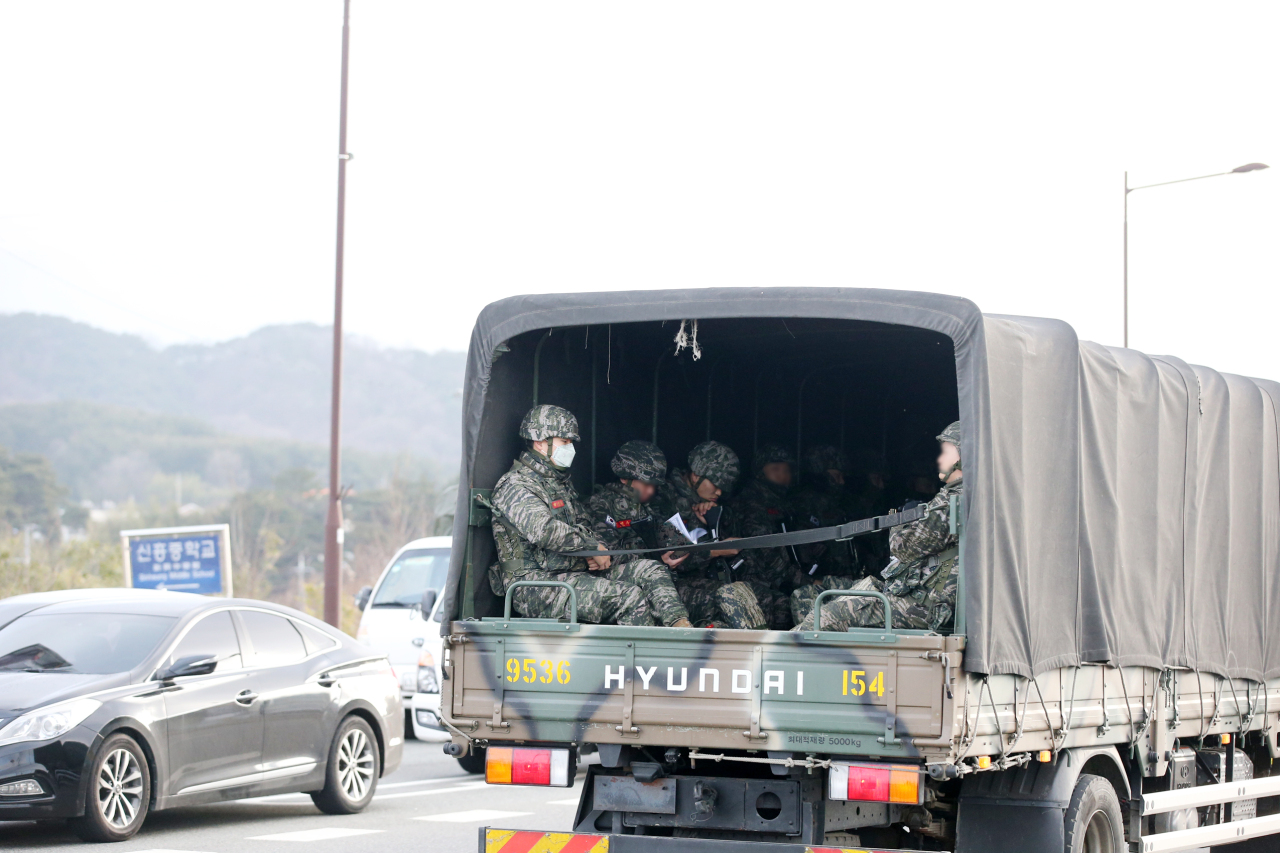 (Yonhap)
Eleven service members have been confirmed to have the new coronavirus as of early Monday, and around 7,700 others are quarantined as part of efforts to stop the virus from spreading further into barracks, the defense ministry said.

Eight COVID-19 cases in the Army and one each in the Navy, the Air Force and the Marine Corps were confirmed as of 8 a.m. Monday, up from a total of seven cases the previous day, according to the ministry.

The four newly confirmed soldiers are suspected of having been exposed to the virus after contacting patients inside barracks, according to military officers. South Korea reported the first virus case among its service personnel on Friday.

In the wake of a leap in the number of confirmed cases over the past several days with a cluster of infections linked to a religious group in the southeastern city of Daegu and a hospital in its adjacent country of Cheongdo, the authorities checked all service personnel with a history of visiting the regions or having contact with patients, and they are currently isolating around 7,700 soldiers at their bases.

In stepped-up efforts against the virus, the Military Manpower Administration (MMA) on Monday suspended its examinations of potential conscripts to determine whether they are fit for mandatory military service for the next two weeks.

As of late Sunday, South Korea reported 608 patients, including six deaths. The government raised the alert level to "serious," the highest in its four-tier system, and pledged all-out efforts to contain the outbreak. (Yonhap)