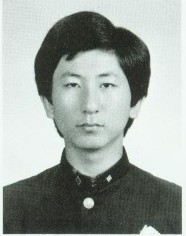 A portrait of Hwaseong murder suspect Lee Chun-jae
The 56-year-old man, who has been in prison for raping and killing his sister-in-law in 1994, was identified in mid-September as the suspect in the murders of nine women in Hwaseong, 60 kilometers south of Seoul, between 1986-91.

Police said he admitted to responsibility for the cases and three more crimes in the city at that time and two others before the murder of his sister-in-law.

The Hwaseong cases were again brought to light about two weeks earlier when new and advanced police investigation technology identified the suspect's DNA in evidence found in at least three of the 10 infamous Hwaseong murder cases. One of the 10 cases later turned out to have been a copycat killing.

Despite mobilizing tens of thousands of officers then, the police failed to even identify a suspect.