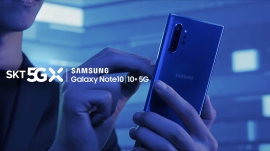 Samsung received preorders for the latest flagship models for 11 days from Aug. 9 through Monday.

The total order volume is estimated to be over 1.3 million units, double that of the predecessor Note 9, according to the tech titan.

The most popular model during the preorder period was the 256-gigabyte Galaxy Note 10+ model in aura glow, the company said. 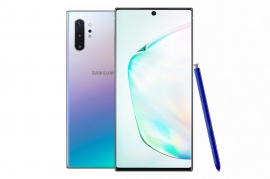 Meanwhile, the country’s three mobile carriers said they have set the amount of subsidies for Note 10 buyers at between 280,000 won ($232) to 450,000 won in accordance with mobile plans.

For their most affordable plans, the three telecom firms will offer 280,000 won in subsidies.

SK Telecom and LG Uplus will provide subsidies of 420,000 won for subscribers of premium plans, while KT will offer 450,000 won.

Before the carriers officially set the subsidy amount, some telecom sales agencies had illegally offered up to 700,000 won for Note 10 purchasers.