South and North Korea raised yellow flags at 11 guard posts each along their heavily fortified border on Sunday in a first step toward dismantling the posts under a military agreement reached as part of September's summit.

The two sides hoisted the 4-meter by 3-meter flag at each of the 22 guard posts as a mark to indicate that the posts are to be dismantled, according to defense ministry officials. 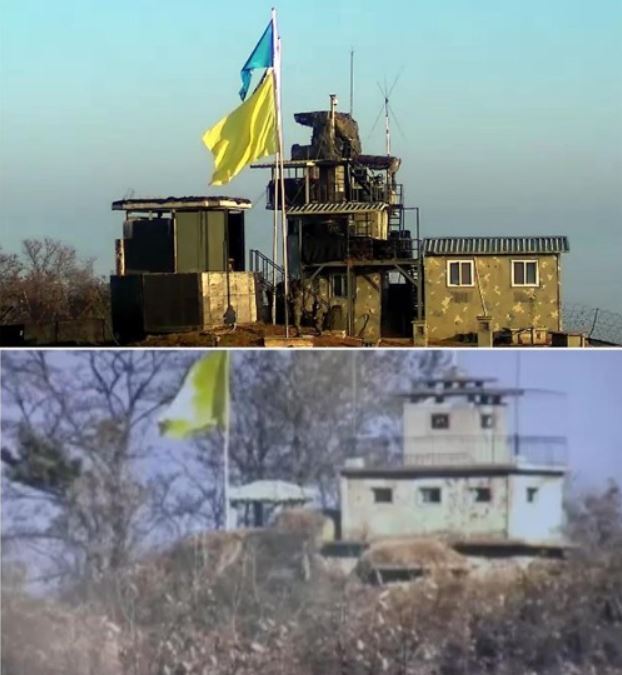 These photos provided by the defense ministry show yellow flags at guard posts on the South and North Korean sides of the border. (Yonhap)
"This is aimed at enabling each side to observe the progress in dismantlement work so that it can be carried out in a transparent manner," a ministry official said.

The two sides reached the agreement to pull back the guard posts in the Demilitarized Zone "on a trial basis" as part of the third inter-Korean summit held in September. It's a key part of the efforts to turn the buffer zone into a "peace zone." (Yonhap)