After rumors surrounding the band’s return surfaced in the recent months, the trio officially announced that it will release a new album titled “Into the Light” on March 22. 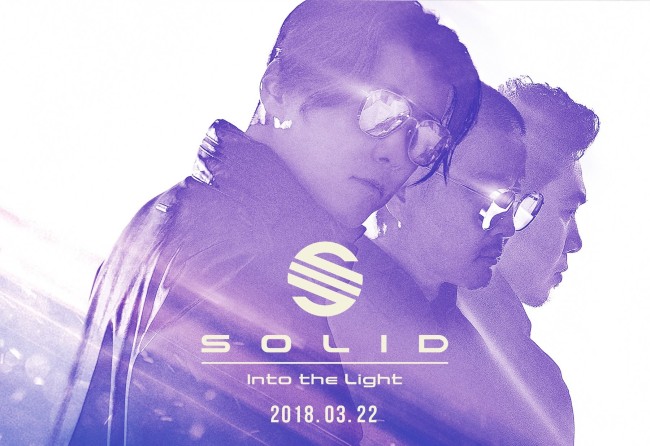 Teaser image of “Into the Light” (Solid)
Solid -- consisting of Chong Jae-yoon, Lee Joon and Kim Jo-han -- was an iconic R&B act in the Korean music industry in the 1990s. Debuting in 1993, the group sold over 4 million copies of albums, producing hit tracks “Hold onto the Night,” “Best Friends,” “You Are My First and Last” and “Destiny.”

Despite the popularity, Solid left the music scene in 1997, announcing an official disbandment. Though the band did not continue its activity, it is still recognized today as an icon of R&B music in Korea.

The trio dropped a teaser clip on its official social media account Thursday. The footage is a flashback of Solid’s final concert in 1996, featuring Lee Joon’s speech to fans. “Today is our last performance. However, this is not the end of Solid,” he said in the video clip.

Furthermore, the band will be hosting a solo concert in May. The exact date and the details of the schedule have not been set yet, but the event is to take place in Seoul.